Tolls are going up on the Monroe Expressway: Here's how much

Drivers who use the Monroe Expressway will pay a little more starting January 1. 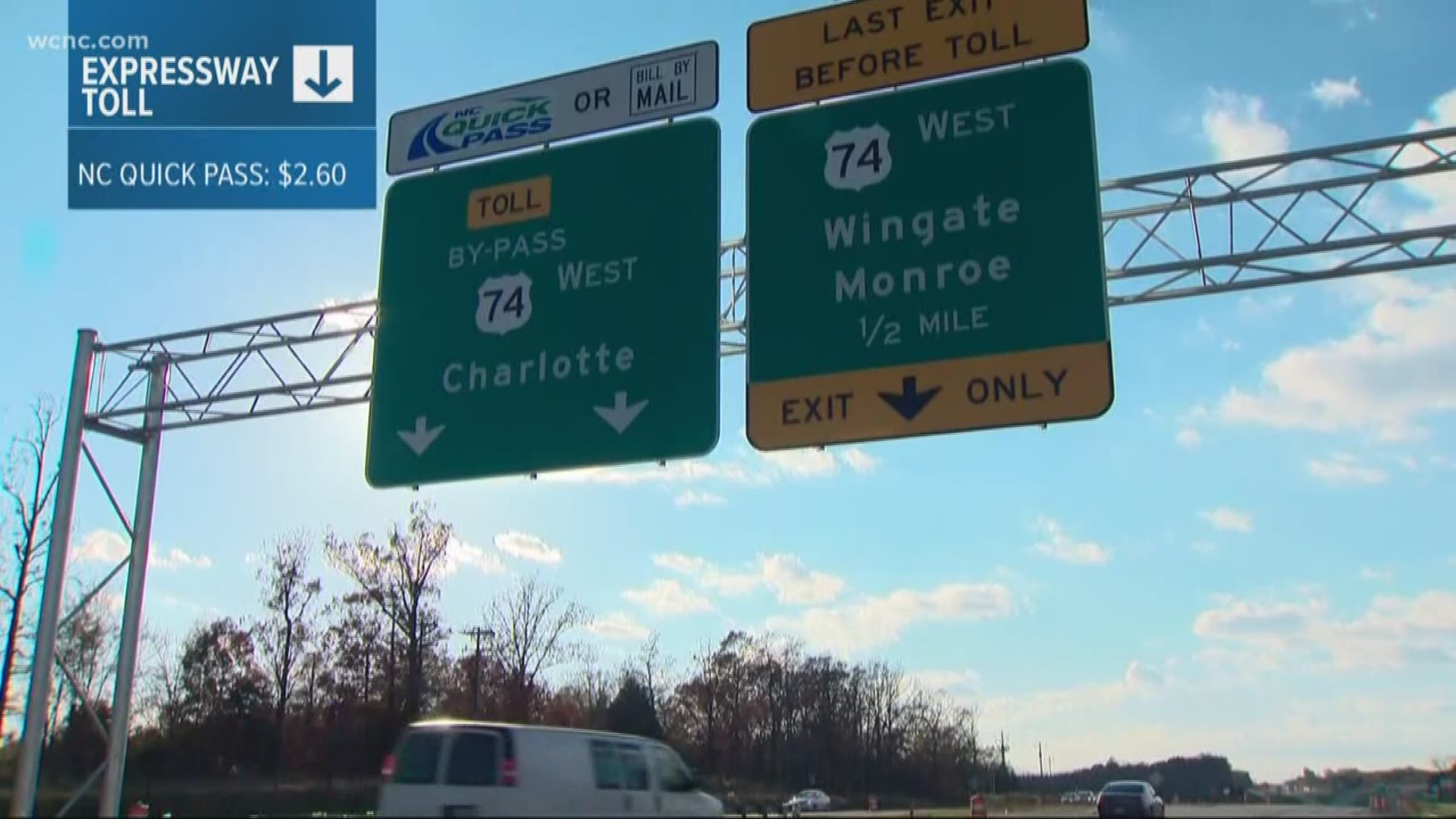 UNION COUNTY, N.C. — Drivers can expect to pay more the next time they travel on the Monroe Expressway thanks to a toll rate increase that took effect Wednesday, January 1.

In a release, the North Carolina Department of Transportation said drivers with a NC Quick Pass will pay an extra six cents, bringing the price to $2.60. Drivers who get their bills in the mail will pay an extra nine cents to $4.01.

State leaders say the increases are a matter of funding the expressway. The Triangle Expressway between N.C. 147 at I-40 and the N.C. 55 Bypass is also seeing an increase.

NCDOT encourages anyone who uses the tolls to get a Quick Pass transponder, saying they can save drivers up to 35% compared to the bill by mail rates.

The revenue generated by the tolls is used to pay off construction projects and the overall maintenance of the expressways, according to NCDOT.

The Monroe Expressway opened in the fall of 2018 and extends from Stallings to Marshville in Union County. The 18-mile stretch is an alternate route from Exit 255 to Exit 273 on Highway 74.

Once the expressway is paid off, there won't be a fee to drive it, but that's not expected until the mid-2050s.

RELATED: How drivers are trying to avoid paying tolls on I-77 and still use the express lanes