Tashka Muhammad said she was falling behind on her bills and was marked for cutoff. Tashka emailed WCNC and the Defenders helped her get what she was owed. 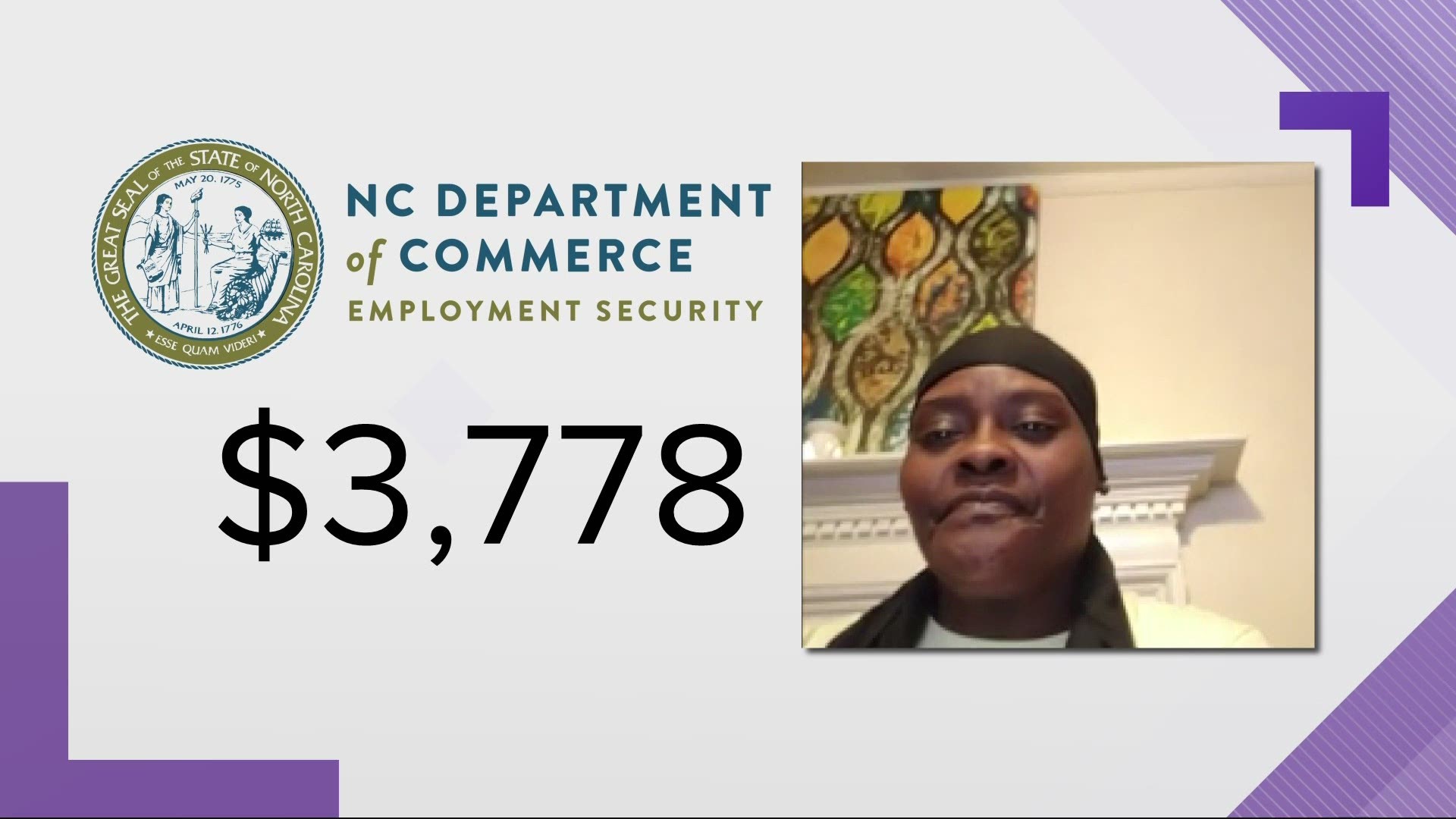 CHARLOTTE, N.C. — As millions of people struggle to make ends meet during the pandemic, many more are still trying to collect unemployment. Some have been waiting for six months or longer.

Tashka Muhammad was one of those people. After going back and forth with the North Carolina Division of Employment Security (NCDES), she contacted WCNC Charlotte's Defenders to find out why her benefits weren't being paid.

Muhammad told WCNC Charlotte she tested positive three times for COVID-19. Out of work and out of money, she was getting to her breaking point and needed help quickly. Muhammad emailed Bill McGinty, explaining her lights were close to being turned off because she was behind on her bill.

Over the course of her six-month discourse with the state, Muhammad received little explanation about what was happening, or maybe better yet, what wasn't happening.

"[I] never did get an understanding of what exactly the holdup was," Muhammad said.

WCNC Charlotte got involved for her and McGinty emailed DES asking what was holding up her benefits and how things could get sped up.

RELATED: Mother fighting ALS gets victory, but it's bittersweet

DES eventually got it figured out and Muhammad finally received that badly needed unemployment. A total of $3,778 was on its way to her account so she could pay her past due light and gas bills.

RELATED: Can your landlord raise your rent during this pandemic?