The Wells Fargo Championship typically brings $60 million to the area, and charities benefit from the golf tournament, too. 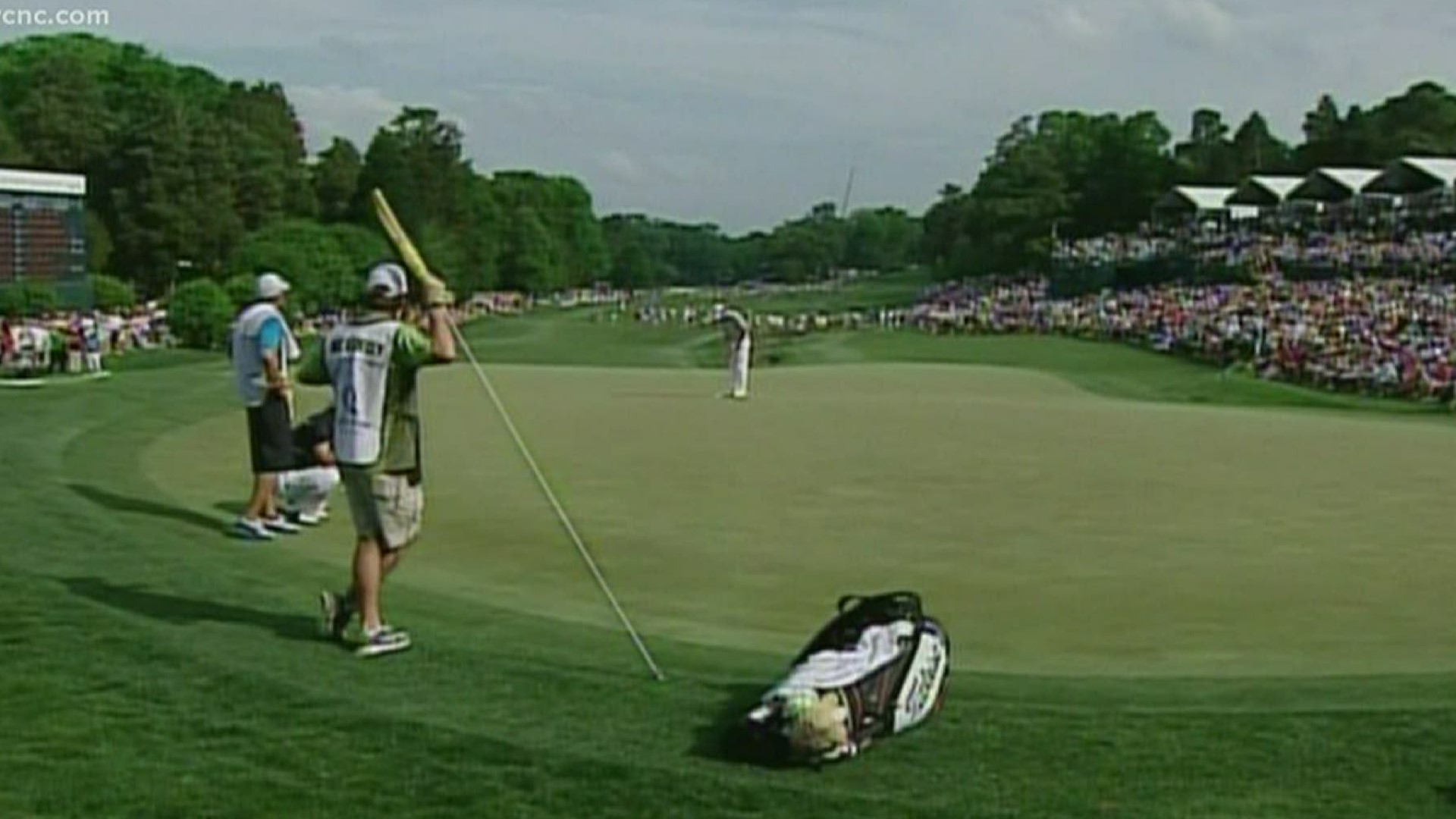 CHARLOTTE, N.C. — The Wells Fargo Championship is one of the premier sports events in Charlotte.

Thousands of people come to the golf tournament held at Quail Hollow Golf Club in south Charlotte each year, pouring millions of dollars into the community.

After being canceled at the last minute in 2020, the tournament is back for 2021.

Many people may hear Wells Fargo and think of a big company that can handle the financial loss, but the tournament is actually put on by a small business that needed a Paycheck Protection Program (PPP) loan to handle last year's cancellation.

Kendall Alley is an executive vice president with Wells Fargo and is the chairman of the board for Champions of Education -- the small business that puts on the tournament.

“It was pretty significant," Alley said. "We were about two months out when we get the word we weren’t going to be able to do it."

"We were severely impacted," Alley said. "We went from $19 million to zero, so we were pretty significantly impacted.”

The Champions of Education wasn't the only organization taking a big loss with the cancellation of the Wells Fargo Championship.

Each year, the tournament makes large donations – usually close to $2 million – to several local charities. Since 2003, they’ve donated a total of almost $25 million.

“We were severely impacted on donations last year," Alley said. "We were able to make a couple hundred thousand dollars’ worth of donations out of our reserves.”

But in 2021, they’re hoping to have more to give because the tournament is mostly back. Considering just three months ago, no one was sure if there would be patrons or fans at the event, Alley is delighted to see it get closer to what was normally done.

As of now, the tournament capacity is 30%, but it’s possible more people could be allowed. Alley said tickets went so quickly once they were put on sale.

“The energy level is at an all-time high," Alley said.

The tournament is expected to draw about 14,000 to 17,000 people a day. Shuttles will be running with limited numbers of people allowed on board so that social distancing can be maintained.