A bird rescue says taking down and cleaning feeders, bird baths can help 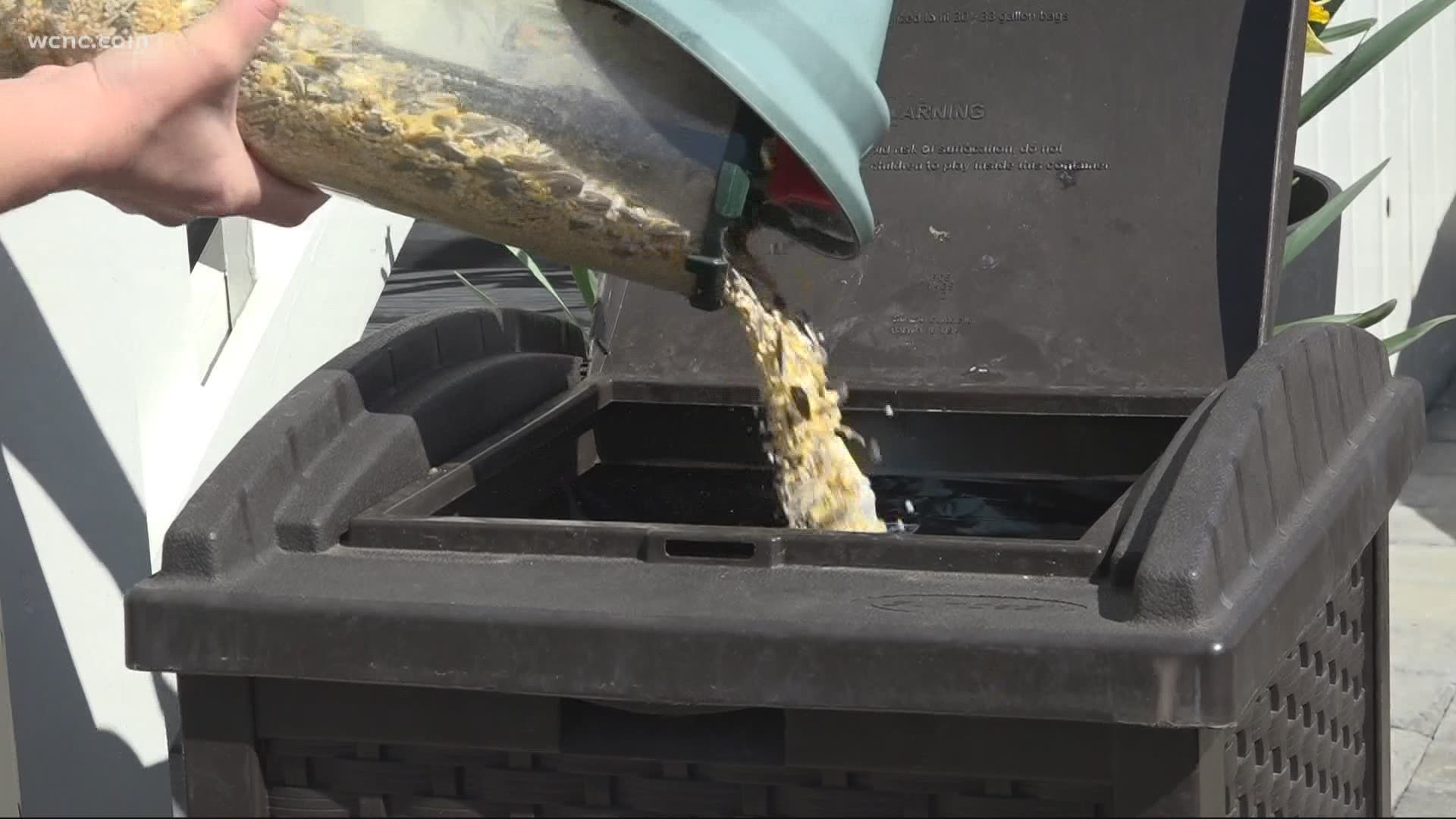 In a news release sent Monday, the Carolina Waterfowl Rescue said the outbreak isn't just limited to the Carolinas; CWR says there are reports coming in from across the country that could indicate the outbreak is widespread. The birds chiefly hit by the salmonella outbreak are primarily Pine Siskins and some goldfinches, but noted a small percentage of other birds may be affected.

CWR says salmonella is typically spread through food or water contaminated with feces, and can lead to death for birds that gather at infected feeders. Infected birds can appear healthy, but still be asymptomatic carriers that infect other birds. The birds that do show symptoms appear fluffed up, thin, and lethargic, with swollen or closed eyes. Infected birds will also be easy for people to approach.

The rescue suggests citizens who have bird feeders to go ahead and remove them if sick birds are spotted nearby. Otherwise, residents should clean feeders and bird baths frequently with warm, soapy water outside of the home, not in the kitchen or bathroom sink. To properly disinfect, CWR says a 10% bleach solution should be used, and the baths and feeders should be allowed to dry thoroughly. They should also be taken down for up to three weeks to discourage birds from gathering, forcing them to dissipate and forage naturally. CWR also says citizens should clean bird feeder poles and hooks, and remove spilled seed and feces from the ground underneath the feeders.

The rescue also says a dead bird should not be touched with bare hands. Practice good hygiene by picking the bird up with a plastic bag and disposing, since birds can transmit the disease to pets and humans. Pet owners should ensure there are no ill or dead birds a pet can reach, and a veterinarian should be called immediately if it's suspected a pet has been exposed to a sick bird.

CWR also says only federally-licensed wildlife rehabilitators can legally treat wild birds in need of care. Anyone who finds a sick bird should text the rescue's hotline at 704-286-6330.