Soldiers at Camp Atterbury gave a group of Afghan children a warm welcome with a friendly soccer match on Saturday. 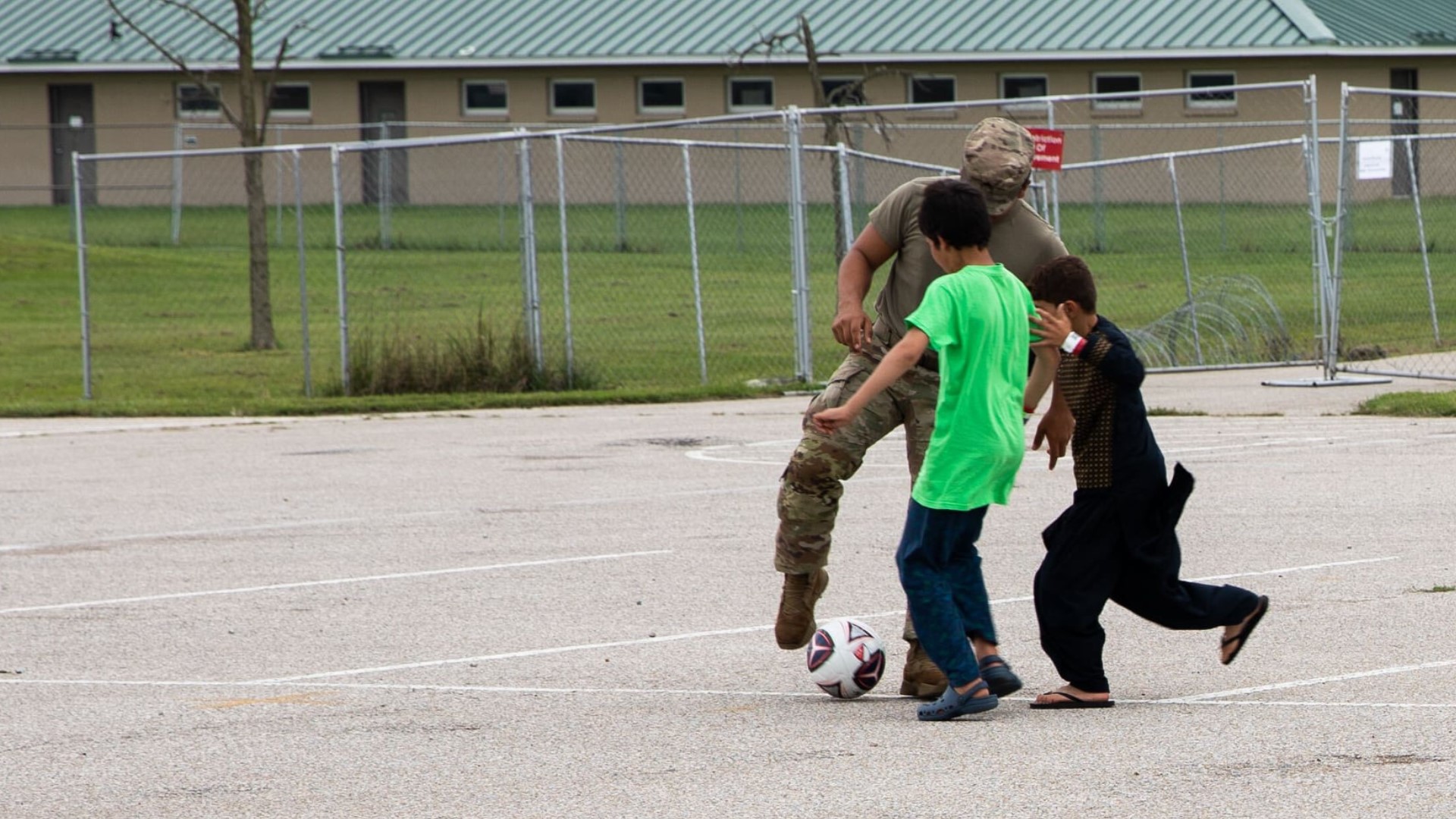 CAMP ATTERBURY, Ind. — It was opening day of fútbol season at Camp Atterbury on Saturday, or at least it sure felt like it.

Afghan evacuee children enjoyed the Hoosier state weather while playing soccer with each other and a few soldiers from the 1st Cavalry Division.

While the children were kicking it with soldiers, thousands of other Afghan evacuees were settling in at Camp Atterbury.

Camp Atterbury has been authorized to host the evacuees. The Secretary of Defense approved the site as part of Operation Allies Refuge.

The site will provide temporary housing for Afghan special immigration applicants, their families and other at-risk individuals.

Evacuees began arriving in Indiana Thursday, Sept. 2 and will continue arriving in groups of 1,000 at a time. Gov. Eric Holcomb said Camp Atterbury will house up to 5,000 people for a matter of weeks until they are placed in more permanent housing across the U.S.