Live Safe is a security app the university, along with more than 100 others in the country, offer to students. This week, campus police urged students, faculty and staff to download it. 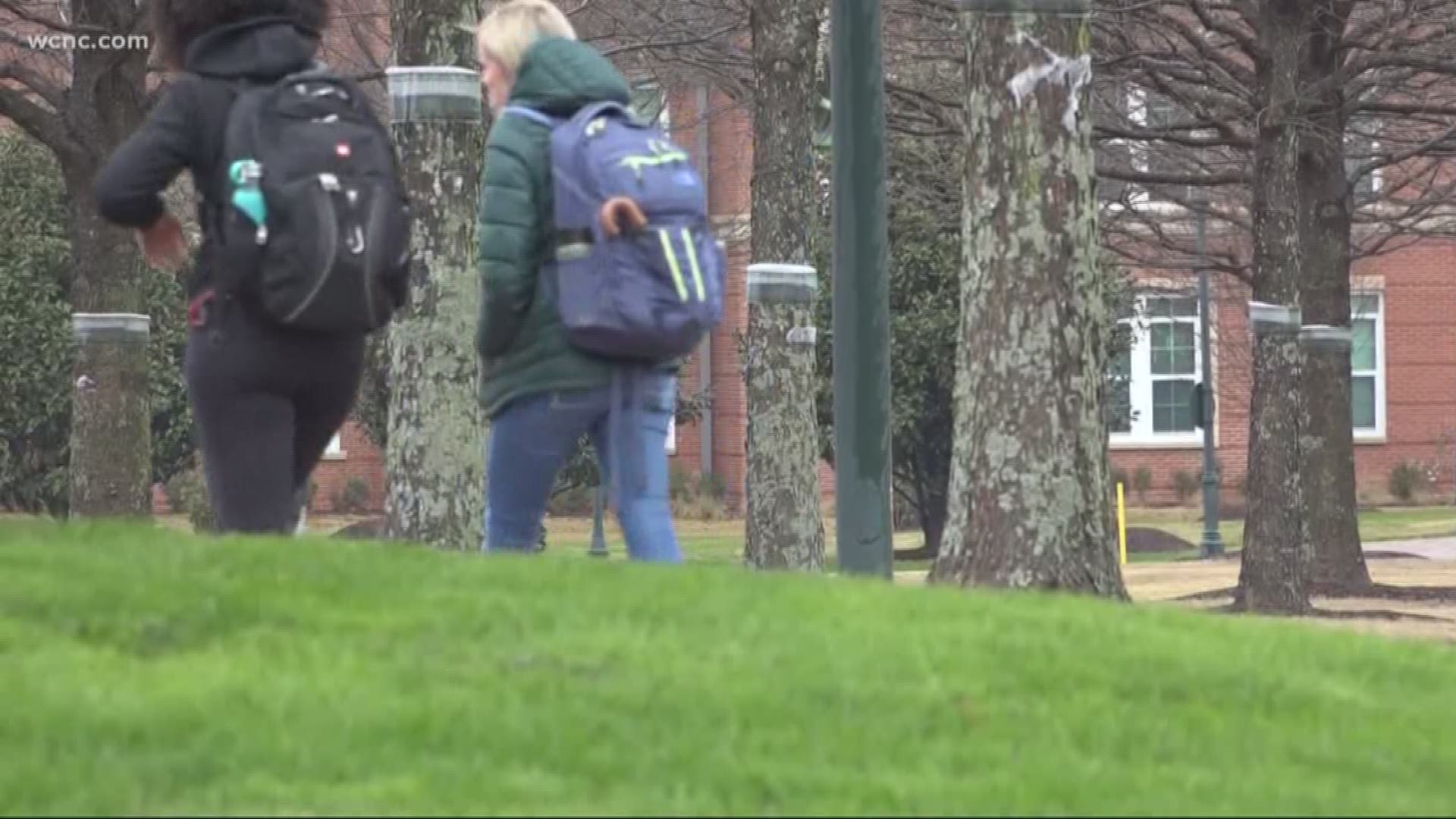 CHARLOTTE, N.C. -- We asked several students at UNC Charlotte if they knew about an app called Live Safe. The response?

"I haven't really heard of it.”

Live Safe is a security app the university, along with more than 100 others in the country, offer to students. This week, campus police urged students, faculty and staff to download it.

Chief Jeffrey Baker said there’s a constant push because the world of college is a revolving door. While students come and go, crime does not.

So far this year, 69 incidents, everything from rape to robbery between January and March, have been reported on campus. Chief Baker said those numbers are down compared to last year, but they still want to get the word out.

According to security company Protection 1, one in every 22 students will experience crime during their time in school.

Right now, about 40 percent of students have downloaded the Live Safe app, Chief Baker told NBC Charlotte. We asked students on campus who don't have the app if they worry about being in a situation where they needed it.

"No, because we have a lot of the blue lights around, and I feel like those would be quicker," one student said.

That answer concerned police. Even though there are about 300 blue lights scattered across campus, they don’t want anyone banking on it.

"Those are an added layer of security," Chief Baker said, but not a replacement to an app you can take with you anywhere.

Submissions from the app are helping police respond and make arrests quickly.

"We've received information through Live Safe on a number of incidents that were concerning to people," Chief Baker added.

Anyone can submit real-time tips anywhere.

"I go to the library a lot at night,” Emily Williams told NBC Charlotte. “So I walk to my car by myself a lot, and it would be nice to have that safety net."

For situations like that, the app offers a SafeWalk feature, using GPS technology that enables individuals to invite others to virtually escort and monitor their location.