Are dockless scooters heading to Charlotte?

NBC Charlotte has learned at least three companies are interested in implementing electric scooters in the market, similar to the bike share pilot program the City of Charlotte is currently testing. 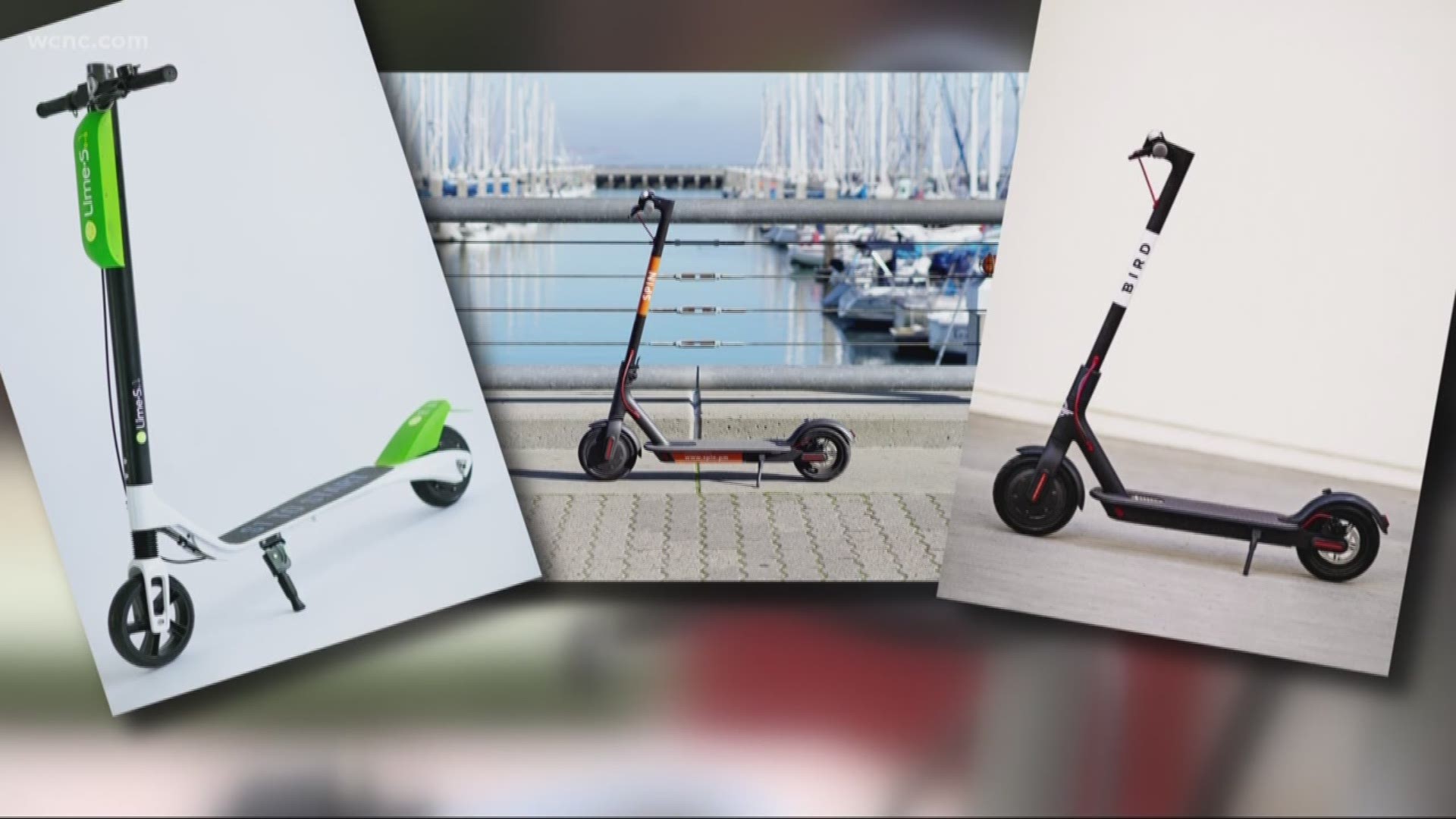 NBC Charlotte has learned at least three companies are interested in implementing electric scooters in the market, similar to the bike share pilot program the City of Charlotte is currently testing. Bird, Lime-S and Spin are each looking to roll out electric scooter sharing programs in cities across the nation.

District 1 City Councilman Larken Egleston said none of the companies had contacted city council yet, but he would be open to hearing about other methods of public transportation within the city.

The City of Charlotte is currently reviewing the bike share pilot program, which has four vendors with up to 500 bikes each within the city limits. The pilot program will end in October 2018, and citizens can provide their comments and input through an online survey.

So far, more than 16,000 people have tried the dockless bike share program in Charlotte since November, and nearly 60,000 trips have been taken on the bikes, according to the latest data released in February.

Egleston said he would like to see what works and doesn’t work with the pilot bike share program before adding electric scooters to the streets.

“Obviously a motorized scooter is going to present some different challenges than just a bike,” Egleston said. “We’d obviously have to consider helmet laws. We’d have to consider rider age, and do they need to be insured.”

One of the companies looking at coming to the Charlotte market, Bird, has safety regulations listed on its website. These state that a rider must wear a helmet, be at least 18 years old, have a driver’s license and follow traffic rules.

The bike share pilot program has seen its own growing pains as vendors and the city have worked out to provide transportation. Some of the bikes have ended up in bizarre locations, such as Freedom Lake, which have provided comedic relief on social media.

“It’s been amusing in some of those instances, but at the same time, it’s been a nuisance and an eyesore in other instances,” Egleston added.

Egleston said he would imagine that a scooter share program would go through the same pilot test period that the bike share program is currently going through to figure out what works best for the people living in Charlotte.