A hidden camera video showed the babysitter using harsh language on a four-month-old and handling her in a questionable manner. 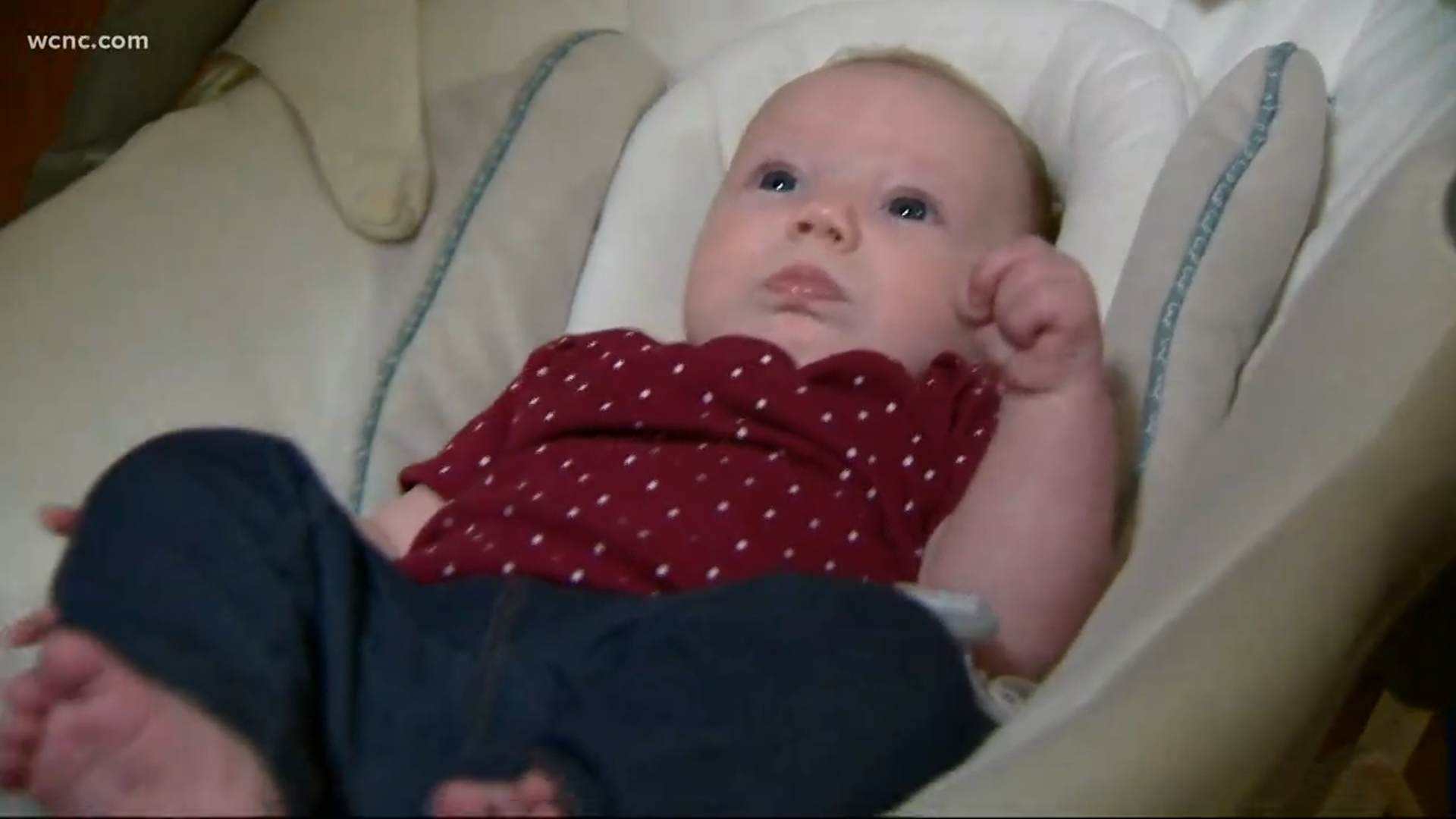 Editor's Note: This story contains images that some may find graphic or disturbing.

A Gaston County babysitter whose harsh words and handling of an infant in Cherryville sparked outrage last year will not face criminal charges, despite the parents catching it all on a hidden camera.

"My office has to follow the medical opinion, so no charges were taken out," District Attorney Locke Bell said. "The doctor could not identify any injury linked to the babysitter."

The decision comes just weeks after our Defenders' investigation prompted the Gaston County Police Department to open an investigation of its own.

That investigation followed a doctor's diagnosis that the four-month-old suffered non-accidental trauma. However, the doctor could not pinpoint exactly when she suffered that injury.

"We have no evidence pointing to anyone harming the child," Bell said.

The girl's parents shared the video on Facebook in November and then with us.

Her father, Lucas Armstrong, shared his disappointment with the result of the investigation Friday.

"I was disappointed and upset," he said. "I was shocked that nothing was going to go through."

He said he's not upset with police or prosecutors, but with the law.

"I think they did a very thorough job with this investigation. I just feel like the North Carolina state statute definitely has to change," he said. "I feel like a baby has got to be in ICU or dead for anything to get done."

Since the babysitter's not charged with a crime, we're continuing to blur her face and withhold her name. While not criminal, Armstrong said at the very least, the video is unsettling and should serve as a reminder to every parent.

"You never really know someone until you turn your back and you've got a camera on them," he said. "Make sure you know who's watching your kids."

Armstrong said they've since hired a new person to watch their kids.

As for their former babysitter, we reached out to her over the last two days to again see if she wanted to talk. We've yet to hear back.

CMPD: Woman groped outside the Epicentre while on her way to the light rail