Sheriff Javier Salazar said he’s confident he can get the jail back in compliance after failing the annual inspection earlier this year. 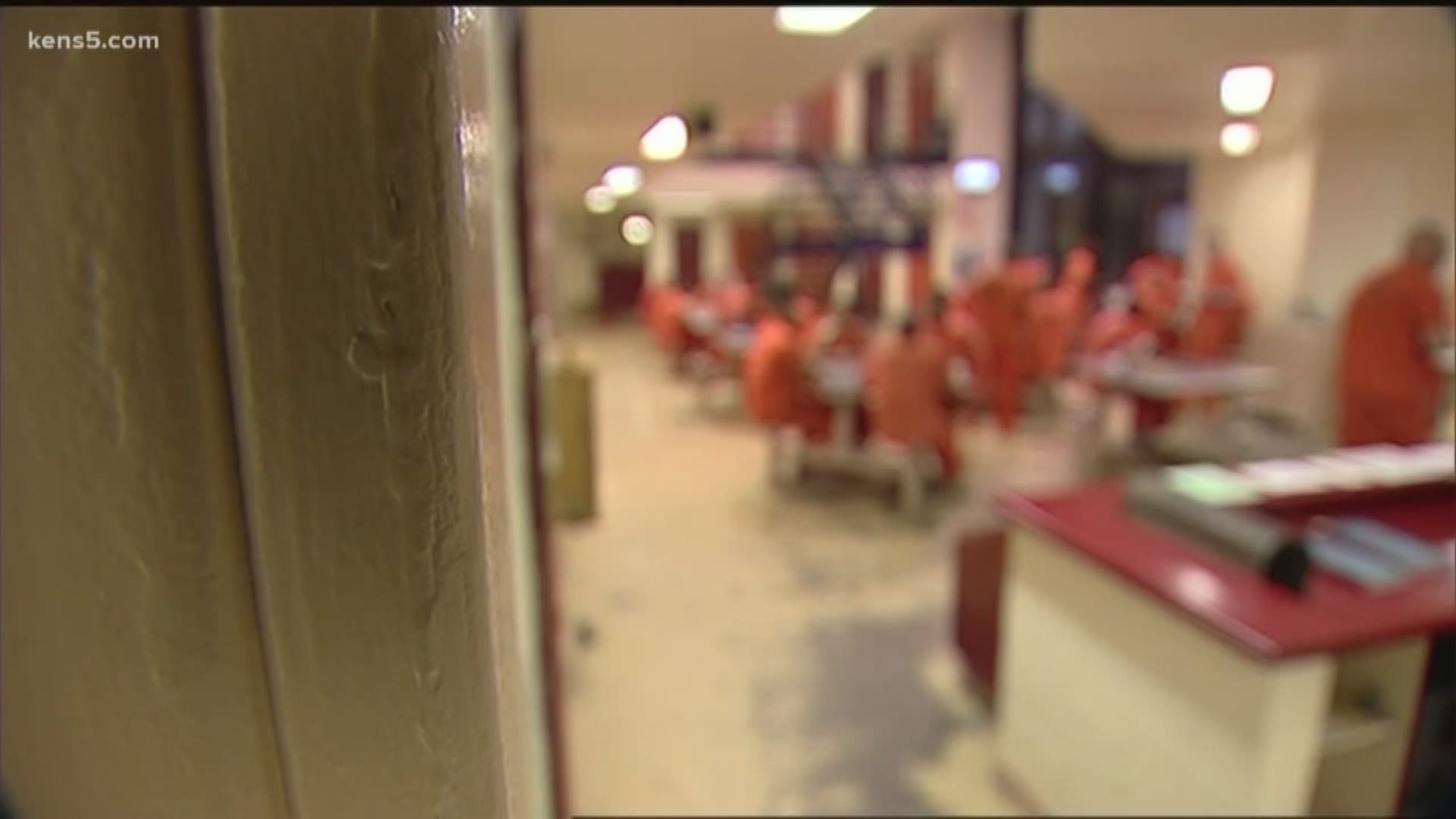 AUSTIN, Texas — Bexar County Sheriff Javier Salazar took the stand in front of the Texas Commission on Jail Standards (TCJS) board in Austin Thursday, briefing its members on changes being implemented to get the jail back in compliance after failing its annual inspection back in February.

Salazar says he’s confident the changes he’s made will put the jail back on track.

During the meeting, TCJS Spokesperson Brandon Wood said there were a total of nine violations found by inspectors. This year alone, the jail has been plagued with problems, including five reported inmate deaths and seven erroneous releases.

TCJS violations found during the inspection include the sheriff using civilians instead of certified officers to release inmates. To correct the problem, Salazar said, the civilians have been replaced and a new procedure implemented to prevent wrongful inmate releases.

"Two supervisors have to sign off on a release," Salazar said.

In May, a deputy was arrested on charges of tampering with a government record. He is accused of allegedly falsifying log books used to record inmate checks.

“That allows us to check times to make sure that somebody is not pencil whipping a book and falsifying times," he said.

Training has also been increased for staff and officers who classify inmates. Back in May, an African-American inmate in jail for a murder charge was suspected of killed his cellmate, who was believed to belong to a white supremacist group. Salazar pointed to the case as a “worst-case scenario that we don’t ever want to see happen in any jail.”

He told board members he has also implemented an inspection team and replaced, disciplined or demoted staff unable to meet work requirements.

TCJS says a plan of corrective action has been submitted for BCSO to get back in compliance.

"It's never good enough to say well we are going to pass this one, no.  want to pass it with flying colors,” Salazar said.

TCJS has not yet set a date for a jail re-inspection.

OTHER POPULAR STORIES ON KENS5.COM