Mary Jane Yarbrough is taking an art class in Gatlinburg. She woke up Wednesday morning to find a black bear trapped in her car. 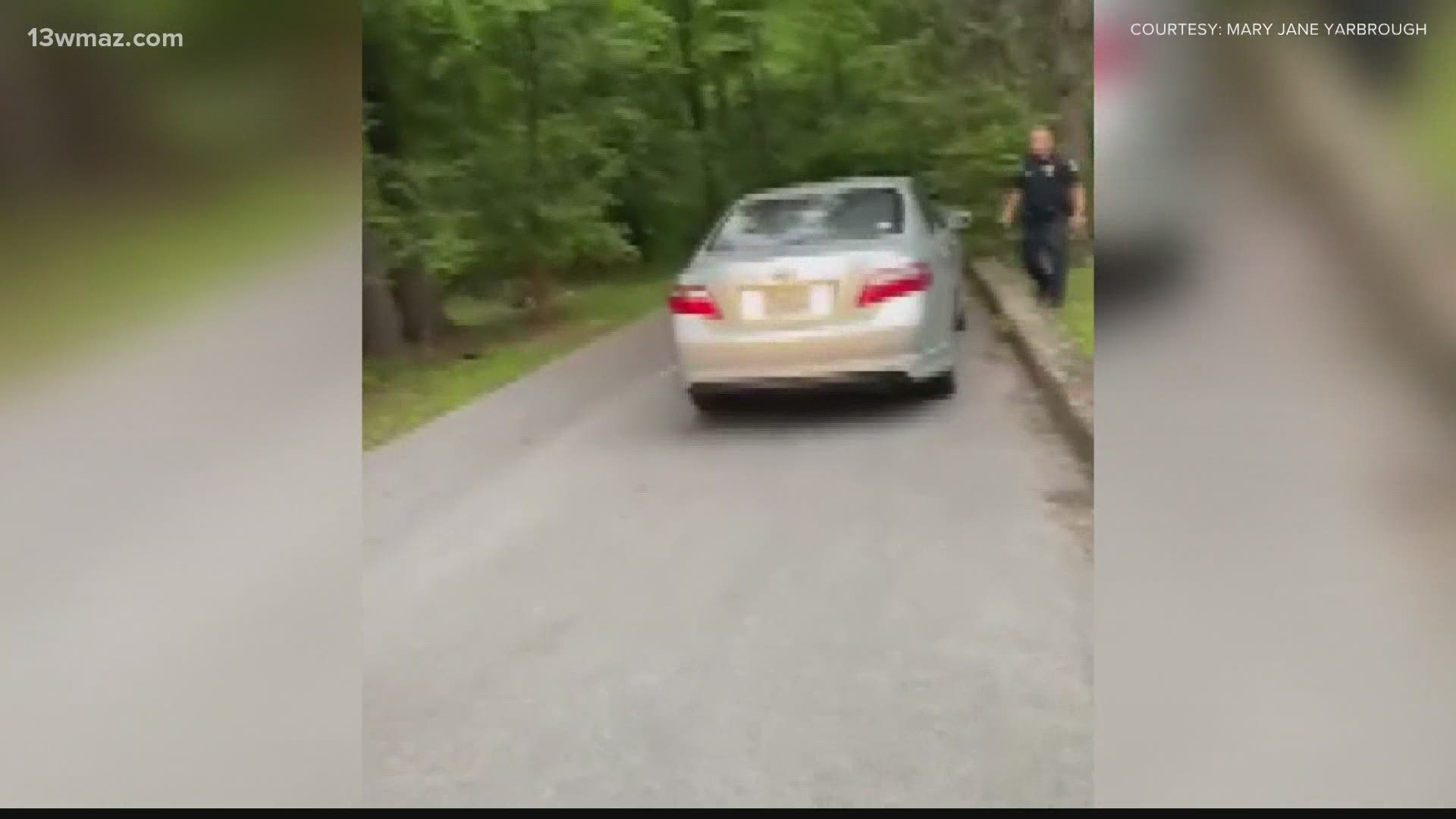 WARNER ROBINS, Ga. — A Houston County teacher found herself face to face with a black bear in Gatlinburg, Tennessee.

She's fine, but the same can't be said for her car.

To get a head start on a project for her students next year, she's taking an art class in Gatlinburg.

"We want to rebuild the demon mascot that stands at the games and has fireworks coming out of it, but I definitely needed to learn some new skills," she says.

Halfway through her week long class, Yarbrough woke up to a scene she never expected.

"It was six in the morning and I just keep hearing honking happening."

She says she was worried something was wrong with her neighbor.

"I open the door. My dog is going crazy and I see that it's my car that is honking and shaking and I was like 'Oh my gosh, someone is in there. Someone is stuck in my car.'"

Once she got closer, she realized it wasn't a person in the car.

"The bear actually like smacked the window and I was like 'Oh my gosh, that's a bear,'" says Yarbrough. "It was just disbelief. Like there is no way."

She says the car was on a slight tilt, so she thinks the bear opened the door and then it shut right behind him, so she called the police to help get him out, but first, he destroyed her Camry.

"He ripped the dash, my airbag, the radio is out, he went through my glove box."

With the ongoing chip shortage, cars are hard to come by these days.

"I was really trying to hold onto that car for just a little longer until it wasn't so hard to buy a car."

Yarbrough says the only two things in her car were gum and a protein bar and the bear didn't eat either.

She says at the end of the day, she hates that her car is a loss, but now she has a crazy story to tell.

She says the police officers who helped her said they've had close encounters with bears before, but this is one of the worst they have seen.