Born without arms, this pilot flies with her feet

As a baby, Jessica Cox taught herself how to use her feet as hands.

The birth defect that left the Arizona native without arms was a total shock to her parents, who had no idea their baby girl would be missing two of her limbs.

But after recovering from the initial surprise, Jessica’s family took a parenting strategy radical in its simplicity: They decided to raise her just like their other children, none of whom were missing limbs like Jessica.

Jessica’s mother filled her daughter’s time with typical childhood activities like dance lessons, swim lessons and Girl Scouts. Her mother was determined to involve Jessica in as many hobbies as possible, and her father made sure she was never sheltered because of her disability.

Since birth, Jessica has used her feet as hands.
jessicacox.com

RELATED: Her bag was stolen. The homeless drug addict who returned it would become one of her closest friends.

Though Jessica tried using prosthetic arms for 11 years, they never came naturally to her. She found she was always more efficient and comfortable without them, so she eventually went back to eating, writing, picking things up, and doing other daily tasks with her toes.

Participating in sports and clubs helped Jessica gain confidence, but her public school could still be a breeding ground for ignorance and bullying.

“Standing out in school was very rough because the more you stand out, the more you get picked on,” Jessica said.

Jessica experienced anger issues as a child until she found another outlet: taekwondo.

She found solace in her training, substituting punches and other arm movements with kicks.

As she got older, Jessica continued to pursue other adventurous new activities like surfing, horseback riding, and cycling, finding ways to modify each activity so she could use her legs.

RELATED: 'The tattoos I do are not meant for everyone to see' | Artist tattoos nipples onto breast cancer survivors

After graduating from college, she was introduced to a new challenge: flying planes. It was an activity she never thought she would pursue until a fighter pilot invited her on a ride.

Even though Jessica had a phobia of leaving the ground, she rode along and was surprised by the exhilaration she felt in the air.

After discovering her newfound love for flying, Jessica set her mind to becoming a pilot. She trained on small planes without modifications, using her feet and toes to control the throttle and other controls.

Between her fear of flying and controlling the plane with her feet, learning to fly was a mammoth task both physically and emotionally.

“It took everything in me to become a pilot,” Jessica said.

But after three years, Jessica’s determination paid off. She got her pilot certification and was named by Guinness World Records as the first woman to fly an airplane with her feet.

Her record-setting doesn’t end with just flying. She became the first armless person to earn a black belt in the ATA martial arts organization and is currently training for her fourth degree black belt.

But despite her accomplishments, there was still one final goal to achieve: Jessica still needed to overcome lingering insecurities about her condition.

So, she started talking about life without arms publicly. Jessica began giving motivational speeches to crowds, inspiring attendees with her story of persistence and willpower. Sharing her motivational message was the encouragement she needed to finally find the self-confidence she had always searched for.

“My whole list of accomplishments can go on and on, but for me I have to say that my journey of self-acceptance was the most difficult to achieve,” she said.

Today, she’s told her story to people in 24 countries, and plans to continue spreading her message of motivation.

“I always say, if I can fly an airplane with my feet, what is it that you can do?” she said. 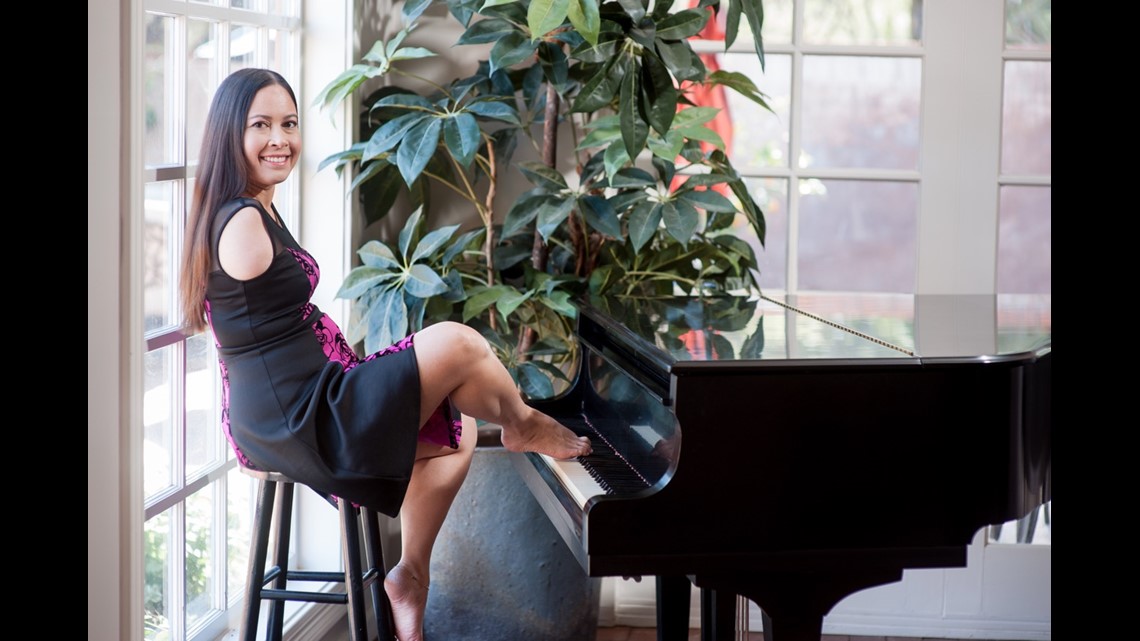