This week, eight-year-old Lucas Judy became the first pediatric patient in the world to receive an experimental drug which doctors at Atrium Health Levine Children's Hospital in Charlotte say saved his life. 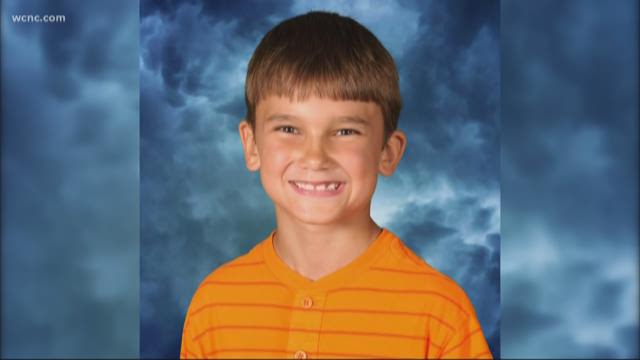 Doctors said Lucas was near death due to complications resulting from a severe respiratory virus, believed but not confirmed to be the influenza virus. His mom, Desiree, said it all started about eight days ago when he came home from school with a fever.

“Just assumed it was the flu, you know, it has been going around,” she said.

Days went by, but instead of getting better, Judy said Lucas’ condition got worse.

“Fast breathing. He was breathing a lot faster and a lot more shallow, and if I told him to take a deep breath he couldn’t do that,” said Desiree.

That’s when she decided to take him to the emergency room at Levine Children’s Hospital. Desiree said he was admitted right away.

Dr. Bailey said a virus attacked Lucas’ lungs which was later complicated by a viral infection and caused Lucas’ organs to fail.

“He experienced multi-organ system failure. Simply, he was not responding to a very high level of life-saving medications and life-saving support. He was at a very high risk of death,” Dr. Bailey said.

“It was overnight, Dr. Bailey knocked on the door, came and woke me up and I knew that couldn’t be good news,” said Desiree.

Running out of options, Dr. Bailey turned to an investigational drug named LJ501, which up to this point had only been used in clinical trials on adult patients. Dr. Bailey explained to the Judys the drug's risks were minimal compared to the risks Lucas was currently facing, and the parents gave consent.

“Within three hours of starting this investigational drug, he was off all other standard drugs to support heart rate and blood pressure, which is simply an amazing response,” said Dr. Bailey.

The Judys are happy Lucas will soon be going home and want others to know about this experimental drug, so they, too, can have hope.

“Pediatric research and research is a cornerstone for advancing medical therapies, and we’ve had the chance to do that here,” said Dr. Bailey.

He added in his 19-year medical career, this was certainly one of the highlights.