Charlotte brewery offers free beer for stolen van. They got it back in 42 minutes 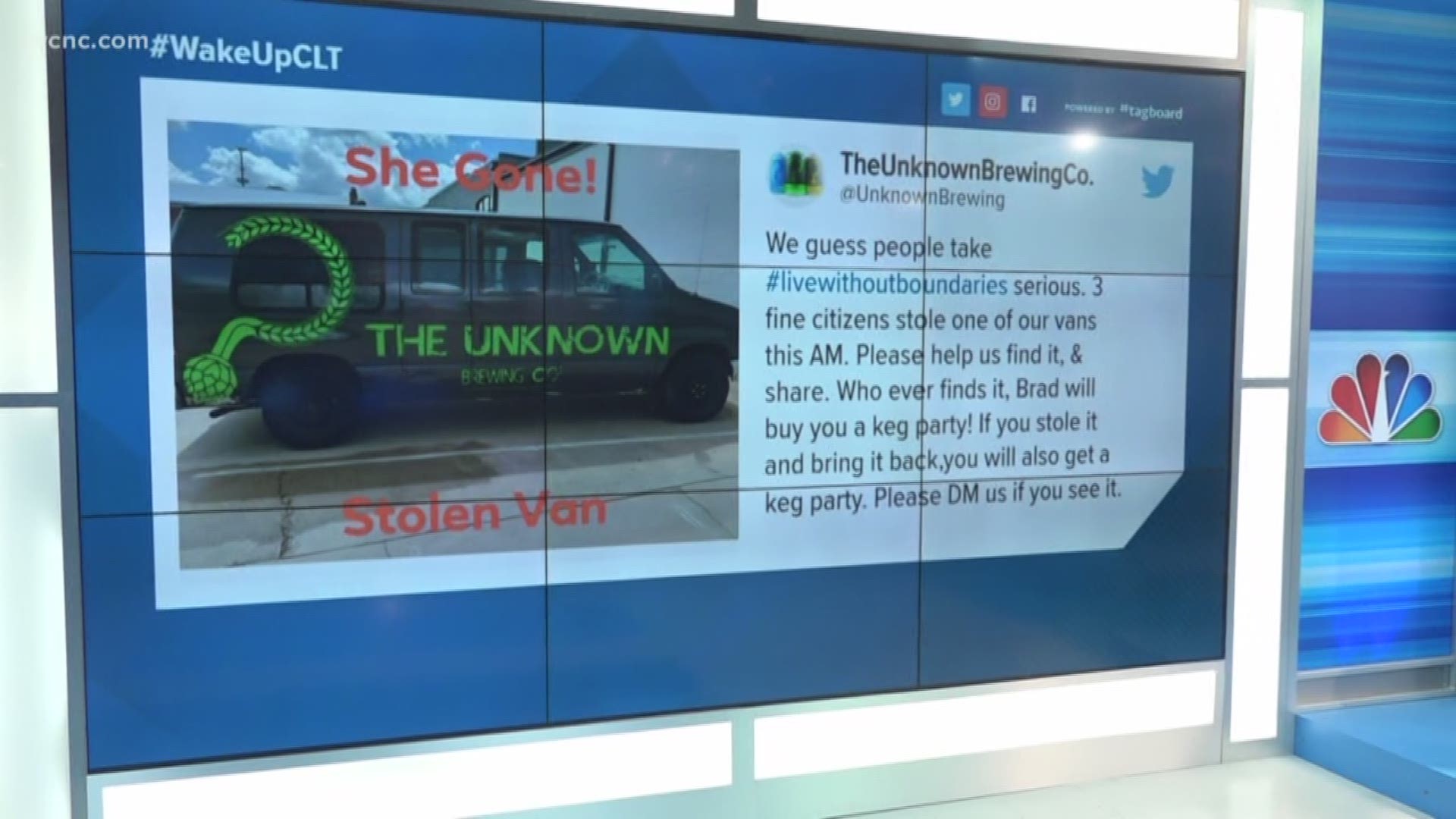 CHARLOTTE, N.C. — The Unknown Brewery may have just accidentally broken an unofficial world record for locating a stolen vehicle.

The Charlotte-based brewing company posted a photo of their missing van to their Facebook page on Monday stating someone had taken it.

"Well, we guess people take live without boundaries serious. 3 fine individuals stole one of our vans early this AM. Please help us find it," Unknown wrote on Facebook.

The brewery also offered a reward for their missing van. A reward only fitting for a beer company.

"Whoever finds it, Brad will buy you a keg party! If you stole it and bring it back, you will also get a keg party."

In just 42 minutes, a woman named Caroline spotted the stolen van parked along her street.

Unknown posted a photo of their newly recovered van and said "new record for finding a stolen van."

Looks like they're also honoring their reward offer because they said Caroline gets a keg party [on them.]