'We’re suing all of them' | Charlotte father who was tased, arrested gets all charges dismissed 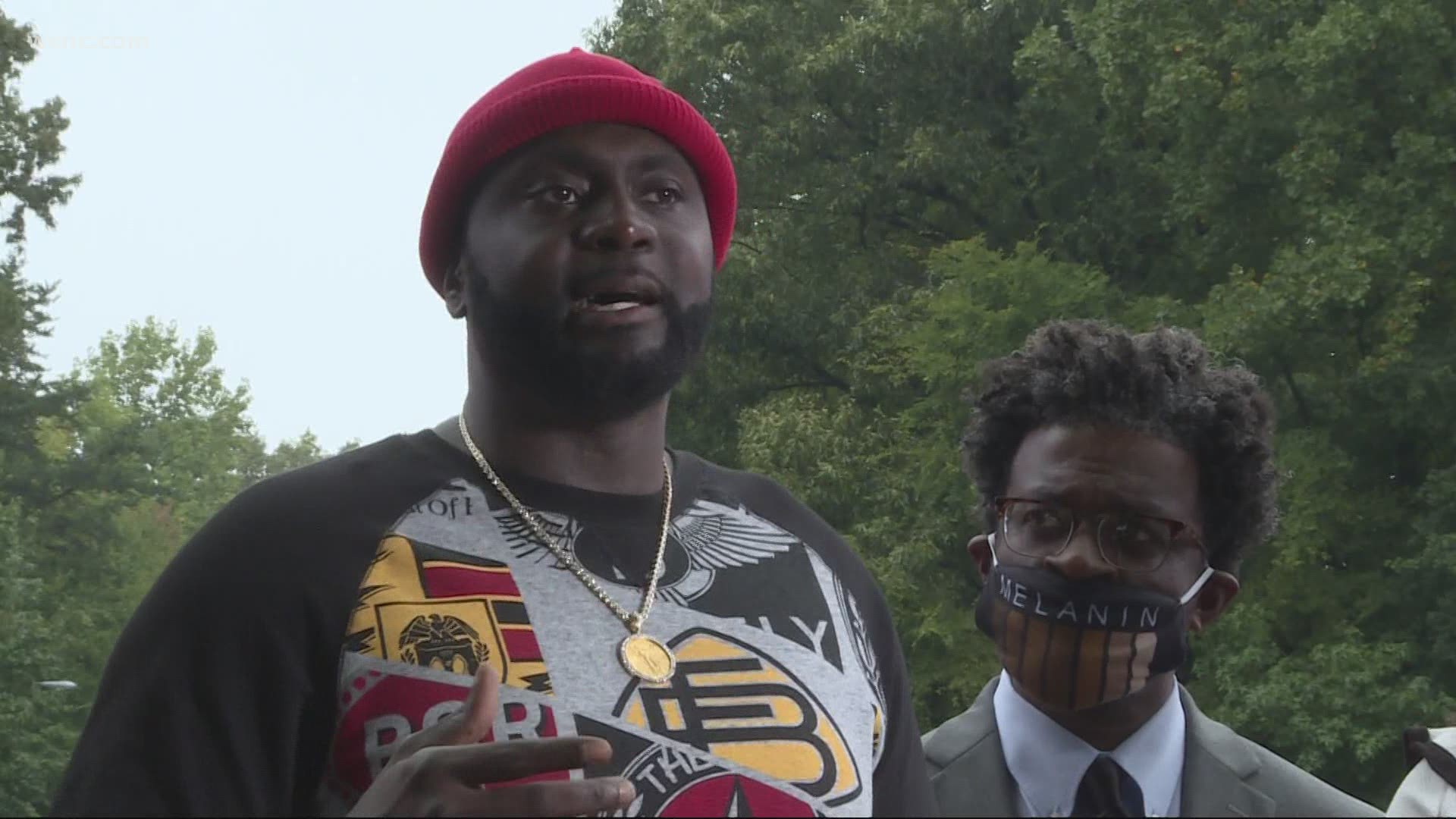 ROCKINGHAM, N.C. — Attorneys announce the 12 charges against Stephen Sings have now been dismissed Months after a violent confrontation between him and Richmond County Sheriff’s deputies.

The incident first happened back in December 2019 when Sings traveled to Rockingham to watch his son play in a Vance High school football game.

When Sings went to question deputies about his son who had been arrested that’s when the situation escalated.

“The way they tased me what they did. I could have died,” Sings said.

Fortunately, his attorneys say they had video evidence of the entire altercation thanks to the Facebook Live that Sings was recording at the time. They say that helped in getting all 12 charges dismissed including disorderly conduct and assaulting an officer.

“That’s almost unheard of for a Black man in America to have 12 charges and not have one stick,” civil right activist John Barnett said.

Sings and his legal team are now planning to file a civil lawsuit against the Richmond Sheriff’s Office and they are also calling for the deputies involved to be fired too. The hope is that these steps can prevent other acts of injustice in the future.

“My main focus right now is to make sure everybody understand that this can happen to anybody cause if I’m able to do that I’ve done my part.”

So far the Richmond County Sheriff’s Office has not commented on the dismissed charges or the pending lawsuit.