The hateful letter was filled with racist remarks and told leaders to "go back to where you came from." 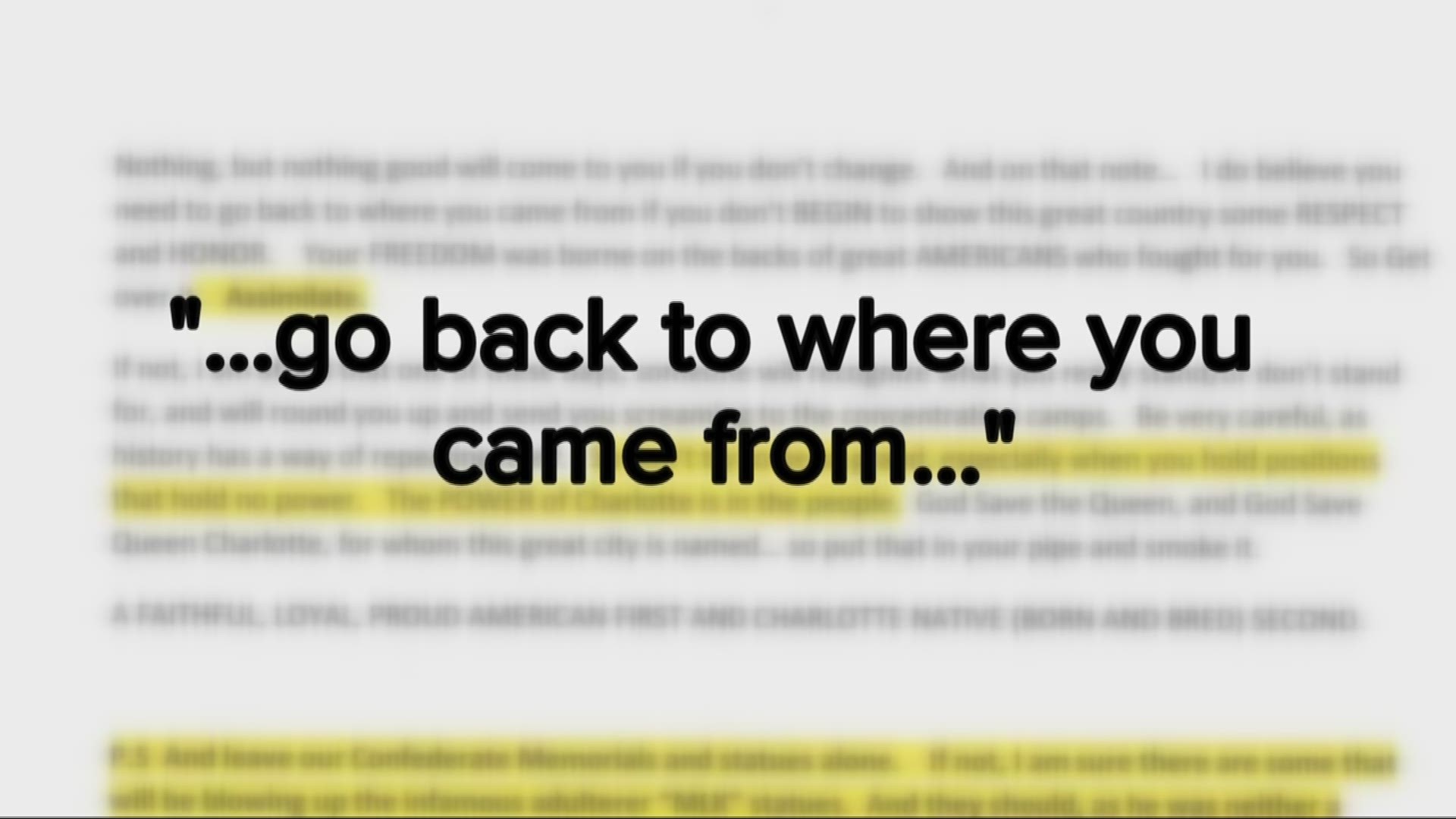 CHARLOTTE, N.C. — More than a dozen city leaders, all of them African American except for one, received a letter in the mail to their respective offices that was threatening and racist. Now, police are taking a close look.

"If I can assume the intent, the intent was to intimidate," Councilman Braxton Winston said.

He was one of the people who received the letter. Winston said two weeks ago he was opening mail at his office at the Government Center in uptown when he started reading a hateful message.

The letter read in part,  "...Each of you despicable BLACK democrats should be tarred and feathered and run out of town (my town) on a rail..."

"From go back to where you came from, to tarred and feathering which I take as a form of lynching," Winston said, remembering what the letter said.

"What I would call pretty racist, bigoted," he added.

The letter was also addressed to police, fire, and CMS officials.

It blamed African Americans for various things, praised President Donald Trump and used a phrase that was chanted by his supporters at a North Carolina rally earlier this year: "Send her back"

The letter writes, "I do believe you need to go back to where you came from if you don't BEGIN to show this great country some RESPECT and HONOR."

It went on to say, "leave our Confederate Memorials and statues alone" and eluded to someone "blowing up the infamous 'adulterer' MLK statues."

"I'm turning my letter over to the FBI," said Mecklenburg County Commissioner Vilma Leake, who also received a copy in the mail. 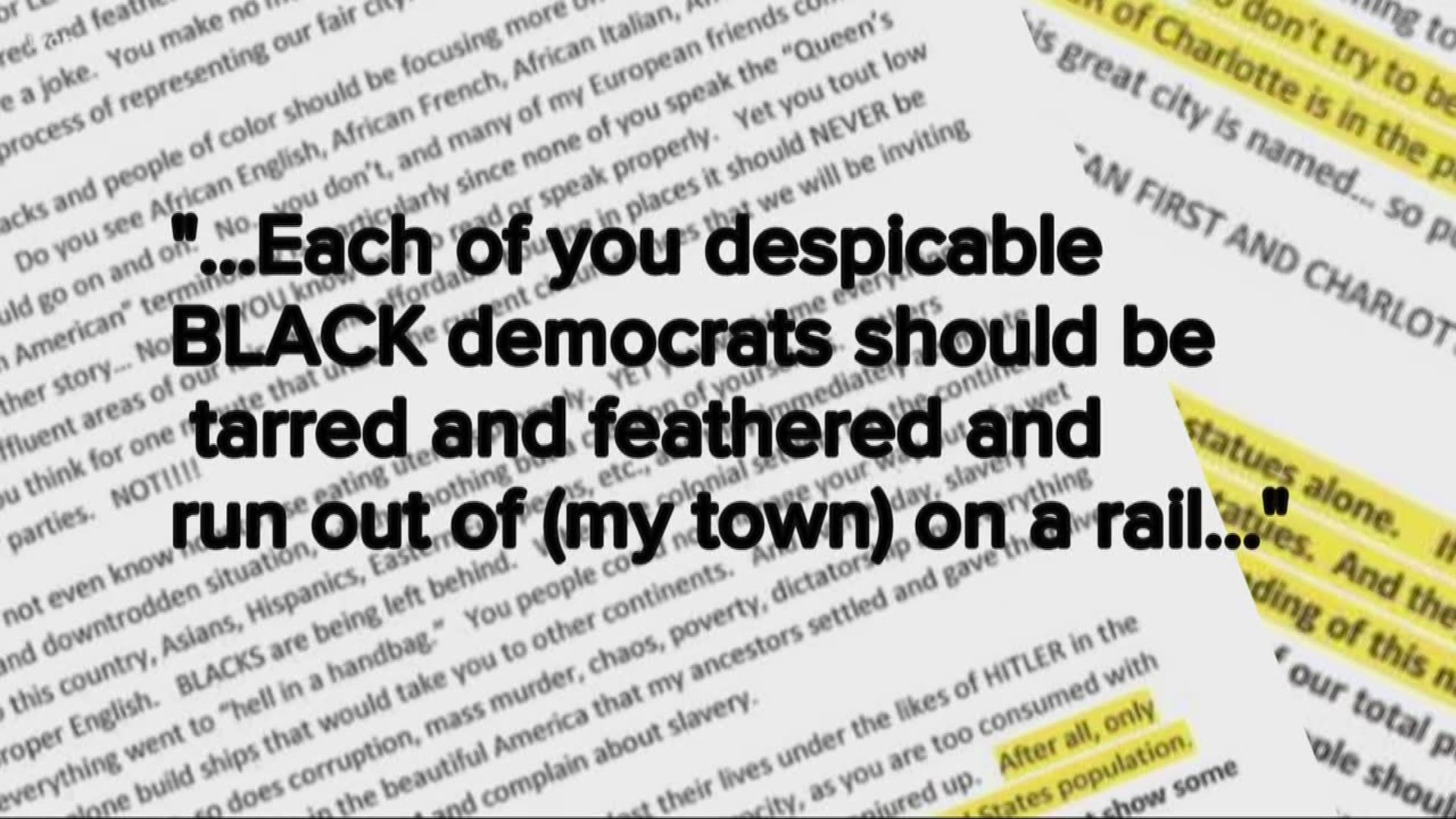 She read the entire letter aloud in August's county board meeting.

"We'll round you up and send you screaming to the concentration camps where you belong," she said as she read from the letter.

The FBI told NBC Charlotte on Wednesday they are not investigating this matter. However, former FBI Agent Chris Swecker said that could change.

"I would expect this investigation to get some priority from the FBI," he said.

The letter had no return address, there was no name associated with it, but the letters had stamps and were delivered through the mail.

"There are markings on pieces of mail that go through the regular mail system, postage stamps with potential DNA on the other side of the postage stamp," Swecker added.

A vile message sent to part of the Charlotte community, and a city now facing reality.

"This is us, this is who we are," Winston said.

CMPD told NBC Charlotte they are aware of the letters and are looking into the material. Councilman Winston said he'd like to talk with the author of the letter.