Community leaders are calling for a collective change to help end violence in that area of Charlotte. 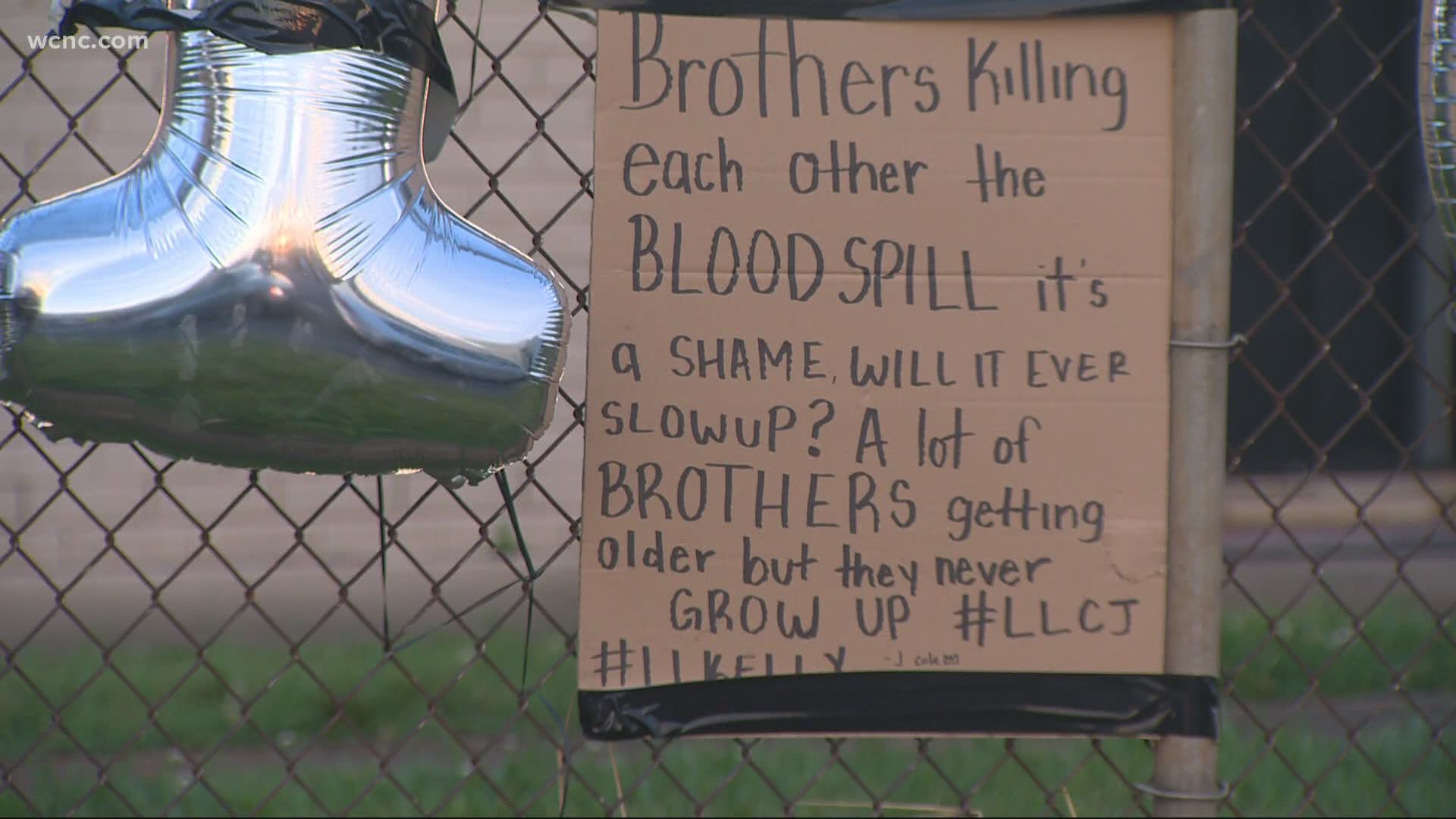 CHARLOTTE, N.C. — A silent march for several miles along the Beatties Ford Road corridor turned into a time to reflect, remember, and reevaluate what ways the community may respond with positive action after a weekend celebration turned deadly.

Three people were killed and a dozen others hurt in an overnight shooting on Beatties Ford Road. The crowd that gathered for the march brought flowers and balloons to honor the memory of those who lost their lives including 29-year-old Kelly Miller, 28-year-old Christopher Gleaton and 39-year-old Jamaa Cassell.

A family member of Gleaton says the killings are senseless and something must be done to stop the violence that’s happening from within.

“We gotta deal with it in our community first before we try to address anybody else because it’s a serious problem,” said relative Raley Mark. "There’s crime all around but we as a community have to deal with what’s going on.”

Some left behind chalk written messages of love and positivity.

Mecklenburg County Sheriff Gary McFadden calls the Beatties Ford Road corridor home and says he's seen the violence continue for years. He tells WCNC Charlotte he is somewhat encouraged by the public effort today, but he also says he hopes everyone puts action behind their words.

“What we’re talking about is something this community has seen far too many times and at some point, everybody needs to get involved and just take care of this,” Sheriff McFadden says.

Others who live and work in the area add when calling for change and an end to the violence, it’s important to first take a look at the bigger picture.

“We want to make sure that we are fighting collectively toward the root cause of why these issues and challenges even exist in the first place,” says Don Thomas, executive director of My Brother’s Keeper.

So far no arrests have been made in this deadly shooting.

CMPD says there were hundreds of witnesses out on Beatties Ford at the time of the shooting and investigators are encouraging anyone with information to contact CrimeStoppers.

VERIFY: Yes, H.R.5717 proposes taxes on gun and ammo purchases. No, it hasn’t been voted on yet.

'I had never felt that bad before' | Charlotte 23-year old recovers from COVID-19, has message for others