Local businesses helping each other out during coronavirus pandemic

Across the country, acts of generosity are sprouting up everywhere, including in the Carolinas where a single lunch order made for warm feelings all around. 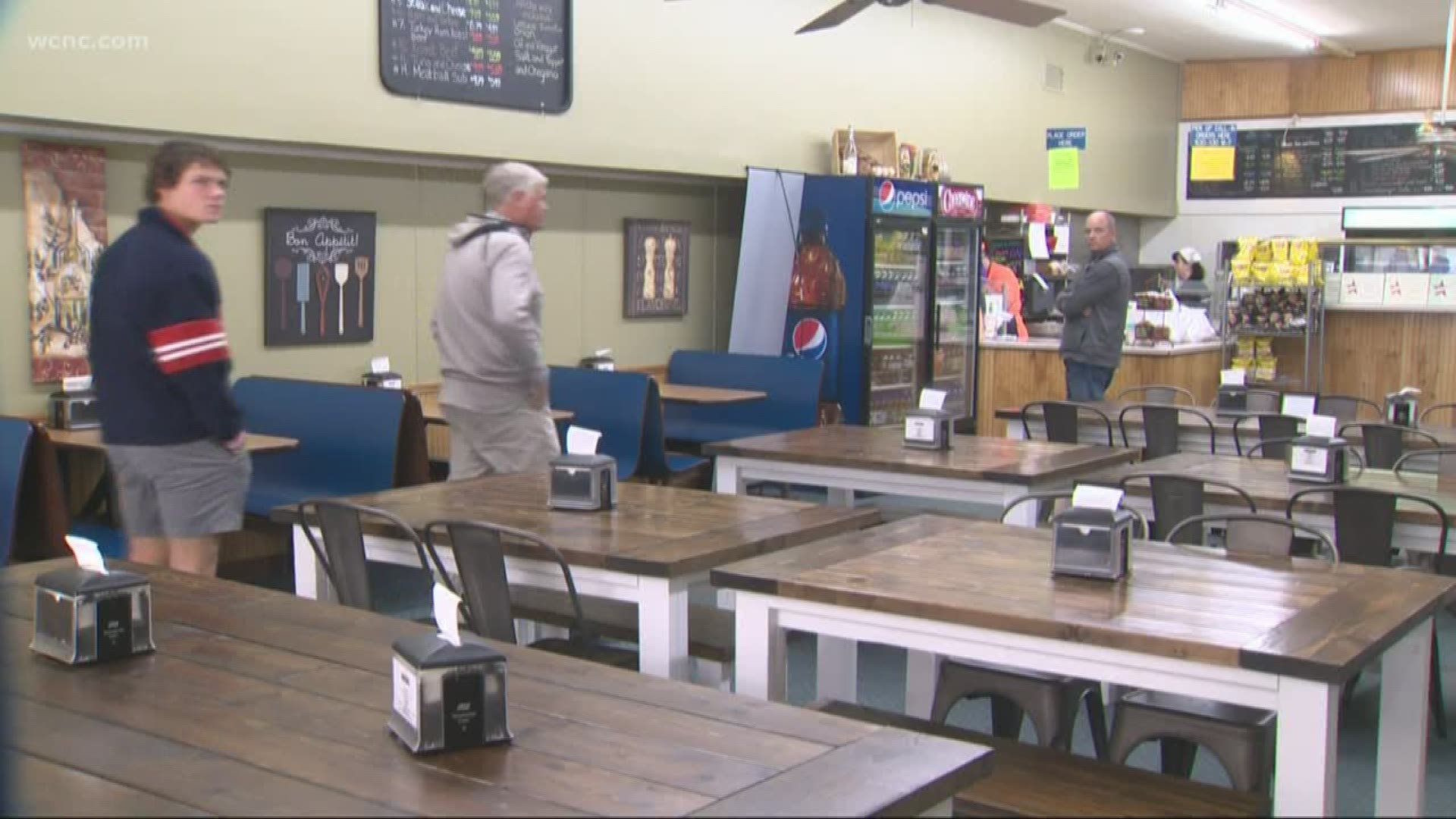 From the Factory Floor to the Corner Diner, employees and owners alike are taking COVID19 in the wallet. But across the country, acts of generosity are sprouting up everywhere, including right here in the Carolinas where a single lunch order made for warm feelings all around.

At Sub Express in Statesville, business isn't what it used to be. With the dining room closed, only regulars trickle in and out.

"We've got a fantastic customer base we have a lot of the same customers come in day after day," Owner Andrea Faw said

Most of the locals try to help out.

But the other day, one company took it to another level.

It all started when the folks from the local Toter plant, the makers of that big green trashcan in your driveway, requested lunch for 123 people.

"When she explained she wanted to pay for it with a credit card, she went on to explain that they wanted to give us a one hundred percent tip on top of the bill cost," Faw said.

Faw thought she was hearing things but according to the CEO of its parent company, it's a policy Toter is following across the country.

"So we implemented once a week that all of our locations order lunch from a restaurant and leave a hundred percent tip," Marty Bryant, CEO of Wastequip, said.

That means a lot for a business the size of Sub Express.

"And that certainly gave us the shot in the arm we needed," Faw said.

In fact, the tip made up almost an entire day's sale. And it brightened the day of people on both sides of the transaction.

"When a company steps up and helps us, it makes you realize that you must be doing something right for them to help you as much as they have," Faw said

As for the folks of Toter, they'll keep spending their money where they live, pandemic or not.

"We're thankful for the communities and we hope its a short term blip that we recover from and we don't wanna forget who are customers are," Bryant said.

It's unlikely the staff of Sub Express will ever forget them

If you've witnessed great acts of generosity in the time of COVID-19, let us know about it. We'd love to show everyone how Carolina Has Heart.