“We have to get back to the old days where if you see somebody child going wayward, bring them in show them love in your home." 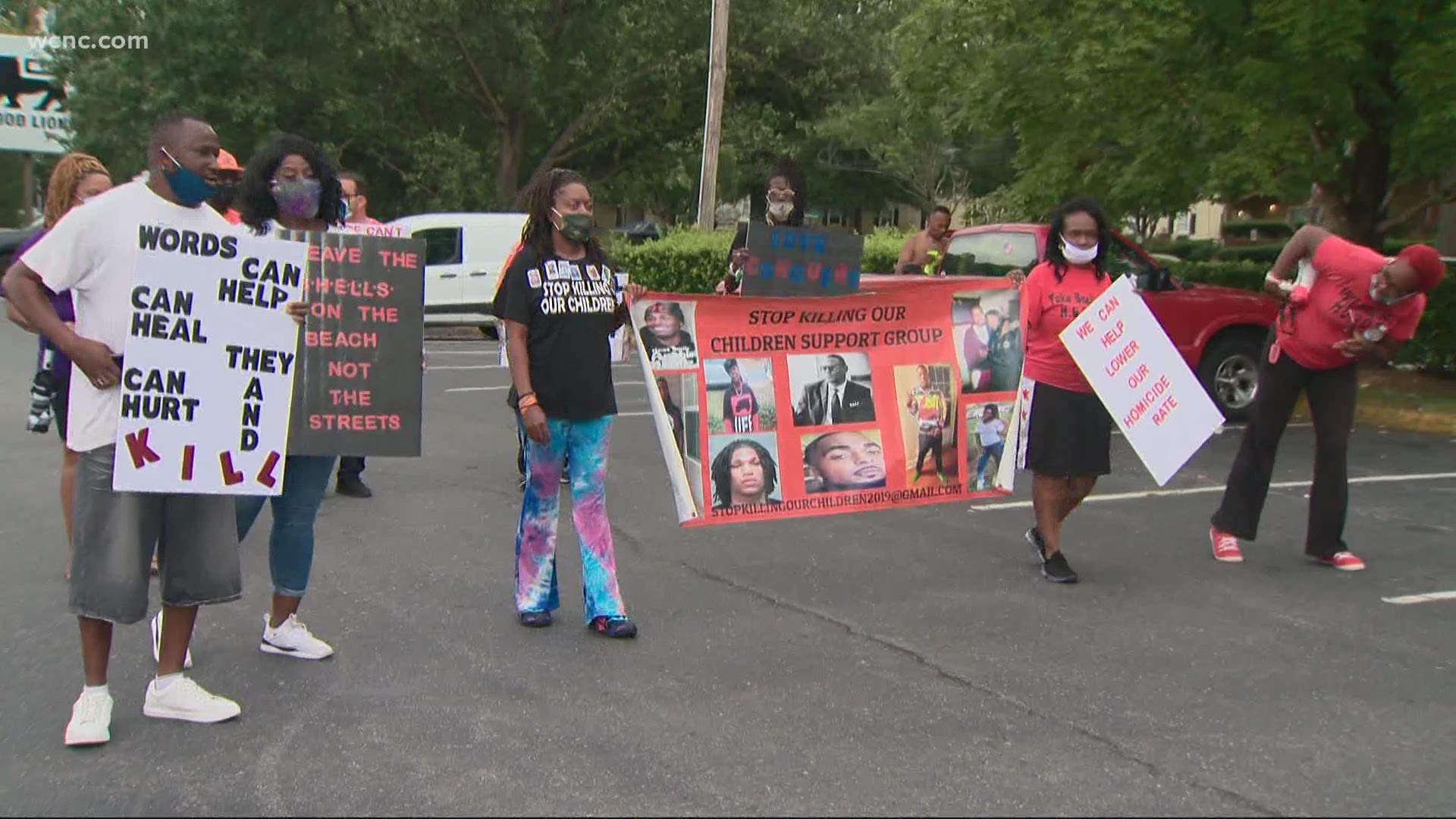 CHARLOTTE, N.C. — In the wake of a 5-year-old being killed by what police say was an unsecured gun, in addition to a rising homicide rate in Charlotte, community activists are urging the community to step up.

“The homicides, they need to decrease," said Stephanie Harrison, the founder of Stop Killing Our Children. "We need the community’s help.”

But for her and many of the people at the Stop Killing Our Children march, their message comes from experience.

Puckett also carried a picture in honor of 5-year-old Amani Barringer, who was allegedly killed by a 14-year-old family member in what is believed to be an accident.

“We hate this happened to her, and also our hearts go out to the 14-year-old," Puckett said. "You know that young man is hurting for his little sister."

Puckett said it’s a tragic example of the need for more responsibility.

“We need people to be more responsible about where they leave their guns," Puckett said.

Puckett said children need to learn about guns too.

“We need our young people to know, go and get an adult, don’t pick that gun up, it’s not a toy,” Puckett said.

RELATED: Two events held in Charlotte calling for an end to gun violence

But the Charlotte-Mecklenburg Police Department said many youth shootings happen as they solve minor conflicts with guns. Sheriff Gary McFadden said the community needs to reach them before they do.

“If you really want to do the work, it's not in the office," McFadden said. "It’s in the streets."

Activists in attendance said they feel it's important to teach kids from a young age how to keep themselves and others safe.

“We have to get back to the old days where if you see somebody child going wayward, bring them in show them love in your home,” Vinson said.