Jonathan Ferrell was shot and killed nearly seven years ago, but everyone in attendance Sunday wanted to make sure his name is never forgotten. 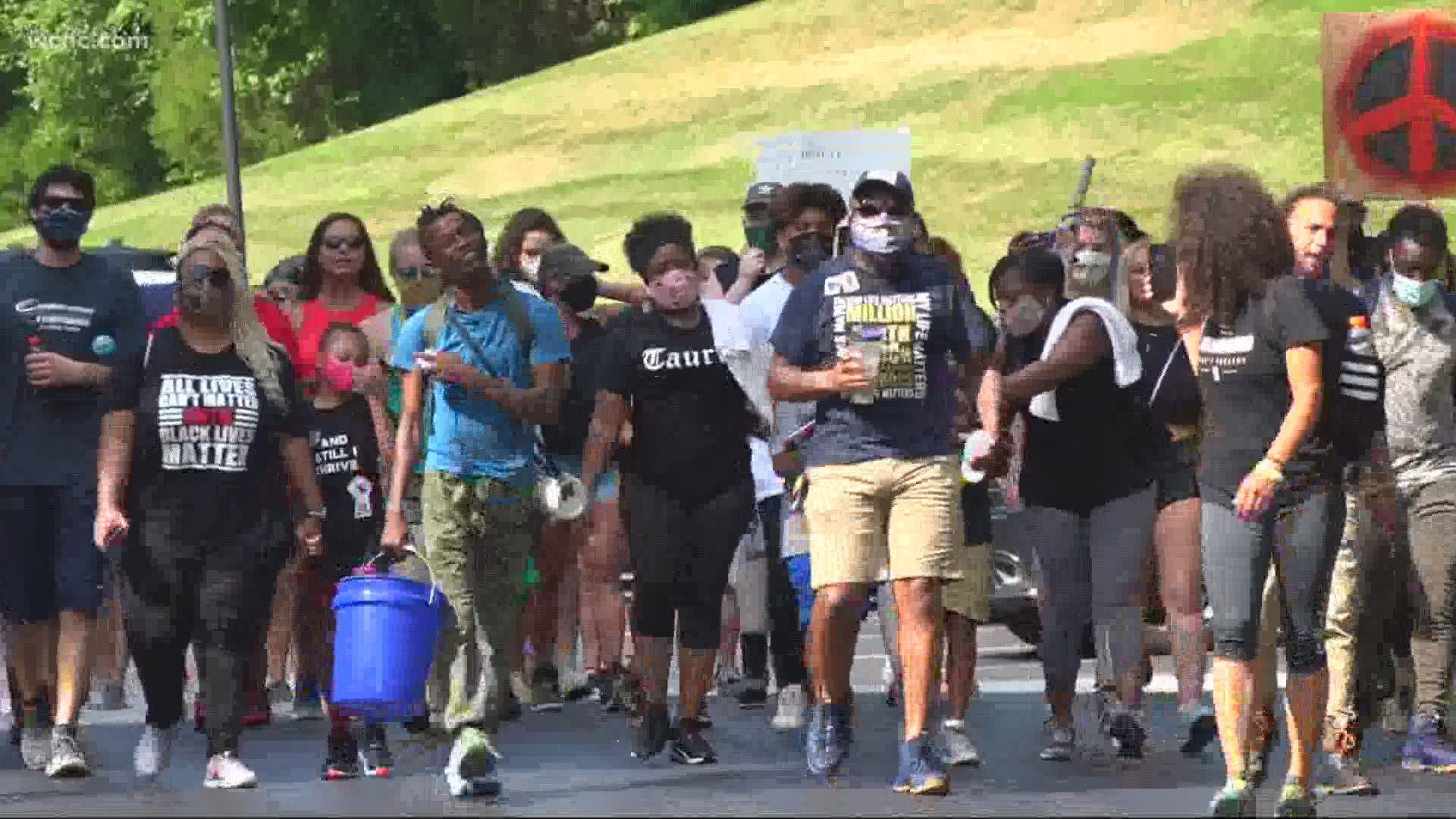 CHARLOTTE, N.C. — Peaceful protesters gathered Sunday in Charlotte with a message of peace, love and justice for Jonathan Ferrell. Ferrell was shot and killed nearly seven years ago, but everyone in attendance Sunday wanted to make sure his name is never forgotten.

In September 2013, Ferrell knocked on a woman's door for help after wrecking a car, when she mistook him for a robber and called 911.

When police arrived, CMPD said Ferrell lunged at them. He was shot 10 times.

Ferrell was unarmed at the time.

A jury deadlocked, and the officer was set free — the city of Charlotte paid the Ferrell family more than $2 million, and people in Charlotte protested for days.

Years later, the Charlotte community wants to make sure the case isn't forgotten. The march was organized by Gully World Peace and Million Youth March of Charlotte & Salisbury and started at the Bradfield Farms Reedy Creek Pool at 4 p.m.

It comes as protests continue across the nation, and organizers stress the importance of holding local law enforcement accountable.

Ferrell's brother spoke with organizers over FaceTime. He said the Charlotte community has been there for him and his family.

Willie Ferrell previously told WCNC he believes officers rarely get convicted and are rarely held accountable — and said he feels that’s why the country has seen so many protests recently.

“I think it’s so great, getting together, so many people are tired of seeing the same cases, seeing the same things," Willie Ferrell previously said. "It shows unity and that the country is moving in a great direction.”

21 hospitalized with injuries from fire, explosion on USS Bonhomme Richard at Naval Base San Diego

Grandson of Elvis Presley has died at age 27, agent says