The night of Amani's death, police gave a heartfelt plea to the community to lock and secure all guns in order to prevent tragedies like these. 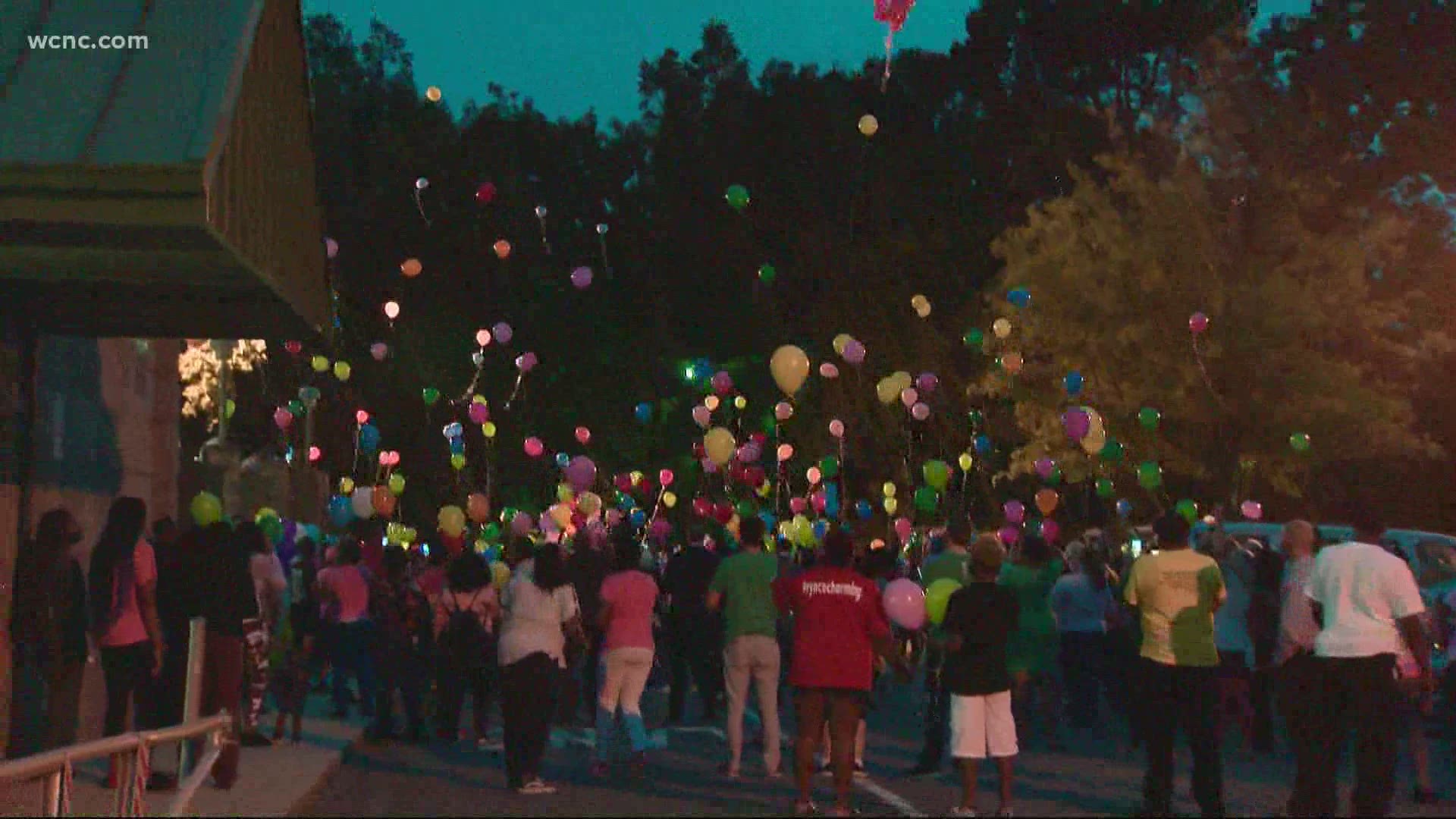 CHARLOTTE, N.C. — Hundreds of people gathered in Charlotte's Hidden Valley neighborhood to remember a young life taken way too soon. Amani Barringer, at just 5 years old, was shot and killed in what's believed to have been an accidental shooting.

In the aftermath of the shooting, homicide detectives interviewed a 14-year-old at the home. The teenager, who has not been publicly identified, was charged with involuntary manslaughter. Then later, investigators announced an adult was charged with failure to secure a firearm.

The night of Amani's death, police gave a heartfelt plea to the community to lock and secure all guns in order to prevent tragedies like these.

"This morning, there was a five-year-old girl who got up and had breakfast and played, and now that five-year-old girl's not with us anymore, and I don't have a good explanation," CMPD's Major Ryan Butler said. "What I can tell you is this, none of that matters in the sense that regardless of what caused it, there's a five-year-old little girl who's not alive right now."

At the vigil Wednesday night, those in attendance released balloons, lit candles and prayed for Amani.

"It's a celebration, it's about lifting up each other and holding each other together and coming together no matter what — joining in hands and in unity," Brittany Battle, a teacher, said. "We are thankful we are able to celebrate."