Charlotteans reflect on Earl's Grocery closing during its last day

The Elizabeth grocery store is the latest Queen City business to permanently close up in the last few months. 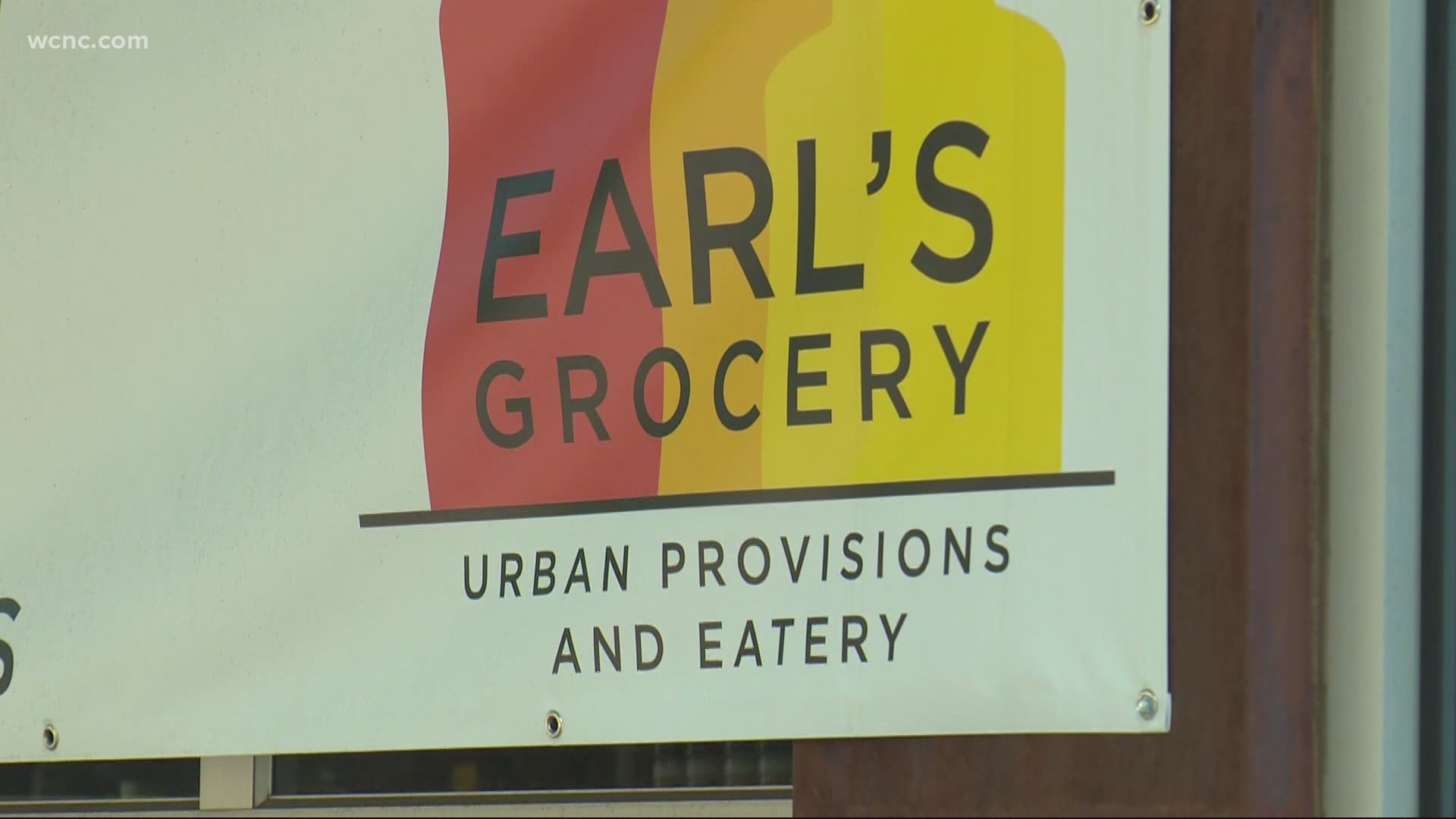 CHARLOTTE, N.C. — Another day, another well-known business in the Queen City closing its doors for good.

Some due to COVID-19, some due to personal reasons, some simply finding the high-priced overhead too much to take on.

Mr. K's, Price's chicken, and Zack's Hamburgers are all staples that have called it quits in the last few months, and now Earl’s Grocery joining the list.

Warford says the financial hit from the pandemic was too big to overcome. “We've had 15 months of just brutal sales for everybody, it's a lot to catch up from physically and mentally," Warford explained.

And Warford says even the world opening back up wasn’t enough to help. “Our sales are not high enough with everybody working remotely,” she said

Warford also closed their iconic carpe diem restaurant after 30 years during the pandemic.

As Charlotte says goodbye to long-time staples, Keva Gallardo of Hairs Your Glory Salon said she hopes some are able to hang on.

“You want to keep some of the old so you can remember what charlotte was and how it came to be what it is now,” Gallardo said.

Some finding it hard to even recognize parts of charlotte that make it so unique.

“New Charlotte is great but it's another sign of old Charlotte passing away” Todd Parks of MOS explained.

But as old businesses move out, Keba Samuel with the Charlotte Mecklenburg Planning Commission says new businesses are ready to move in, especially in areas like South End.

“The rapid growth that we're seeing is definitely new, it's kind of shocking and jarring to see but exciting at the same time,” Samuel said.

Lisa Harris with Hairs Your Glory Salon says as the city grows they don’t want to get lost in the shuffle. “I embrace the growth but I want to be included in with the growth," Harris said.