During the team's playoff game, Christian went up for a dunk. When he came down, he hit his head on the floor. He was rushed to the hospital with a brain bleed. Officials say he was put in a medically-induced coma. 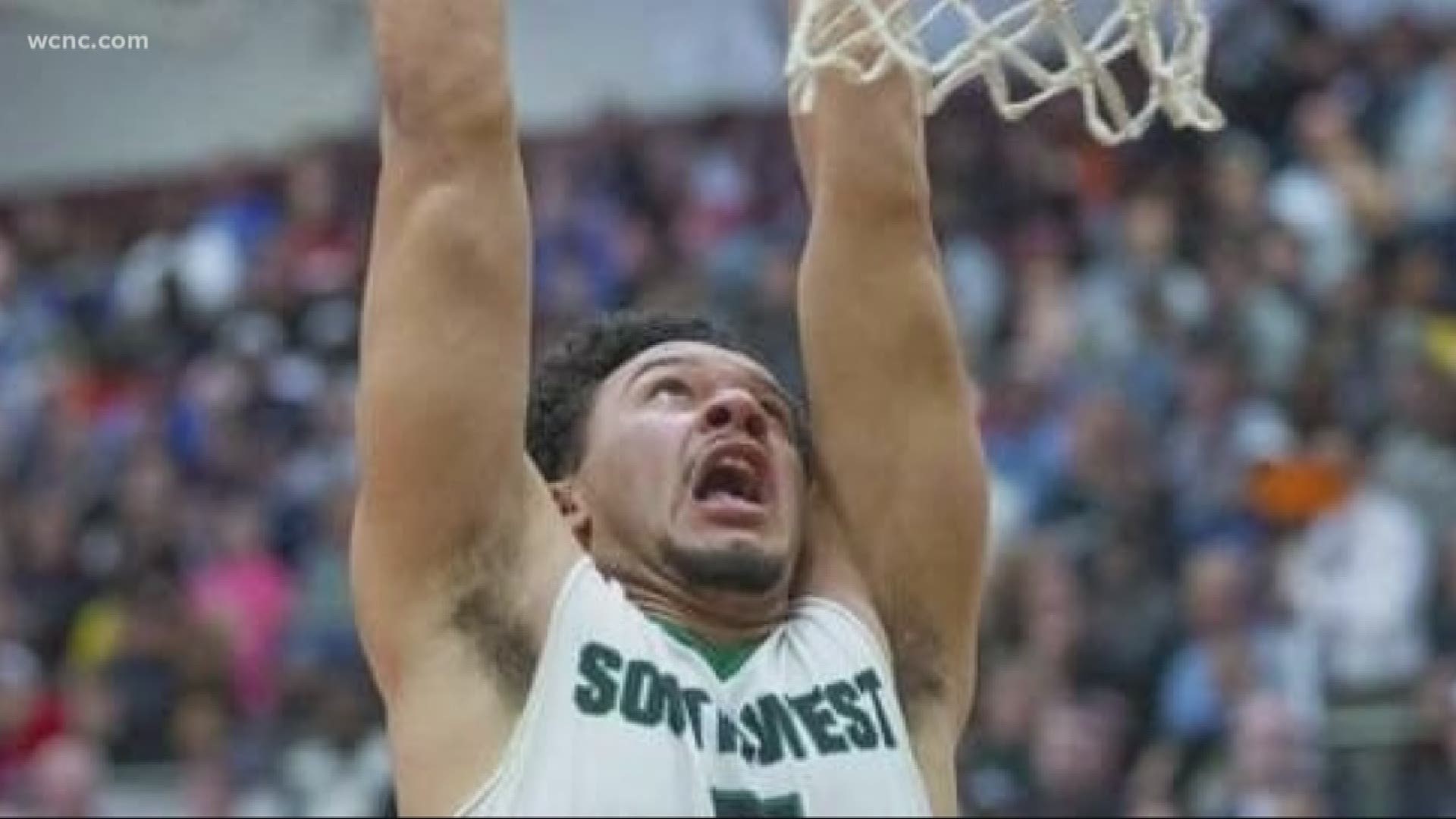 An entire community continues to rally behind a North Carolina basketball player that was carted off the basketball court following a freak accident.

Christian Martin is number five on the Southwest Guilford High School roster, but this last week he's been number one in the hearts of so many.

During the team's playoff game against Cox Mill High School, Christian went up for a dunk. When he came down, he hit his head on the floor.

Christian was rushed to the hospital with a brain bleed. Officials say he was put in a medically-induced coma.

"He's a tough guy," Christian's sister said. "He's going to get through it. I'm always here for him."

The community has rallied behind him. GoFundMe pages have been set up to support the family financially. So far there's been more than $15,000 raised.

WCNC looked into several studies to see where basketball stacks up when it comes to injuries. Statistics from the Consumer Product Safety Commission revealed which sports are responsible for the most trips to the ER for athletes ages 13 to 17.

With statistics gathered from 2002 to 2014, the report said basketball players averaged more than 119,000 trips to the emergency room a year.

Nearly two weeks after Christian was taken to the ER, he finally regained consciousness. That same day his team was playing for a state championship -- they won.

"He's been a part of this team and this year has been really good for him," Lee said. "I kind of want to see it to the end."

Other stories on WCNC:

South Carolina teen makes it onto The Voice

Gastonia attempts to give help while cracking down on panhandling