Community remembers Det. Mike Doty with a 'blue out'

It is a tough anniversary but the hundreds of people were inspired to pay tribute to their fallen hero and it showed as the color blue flooded Fort Mill. 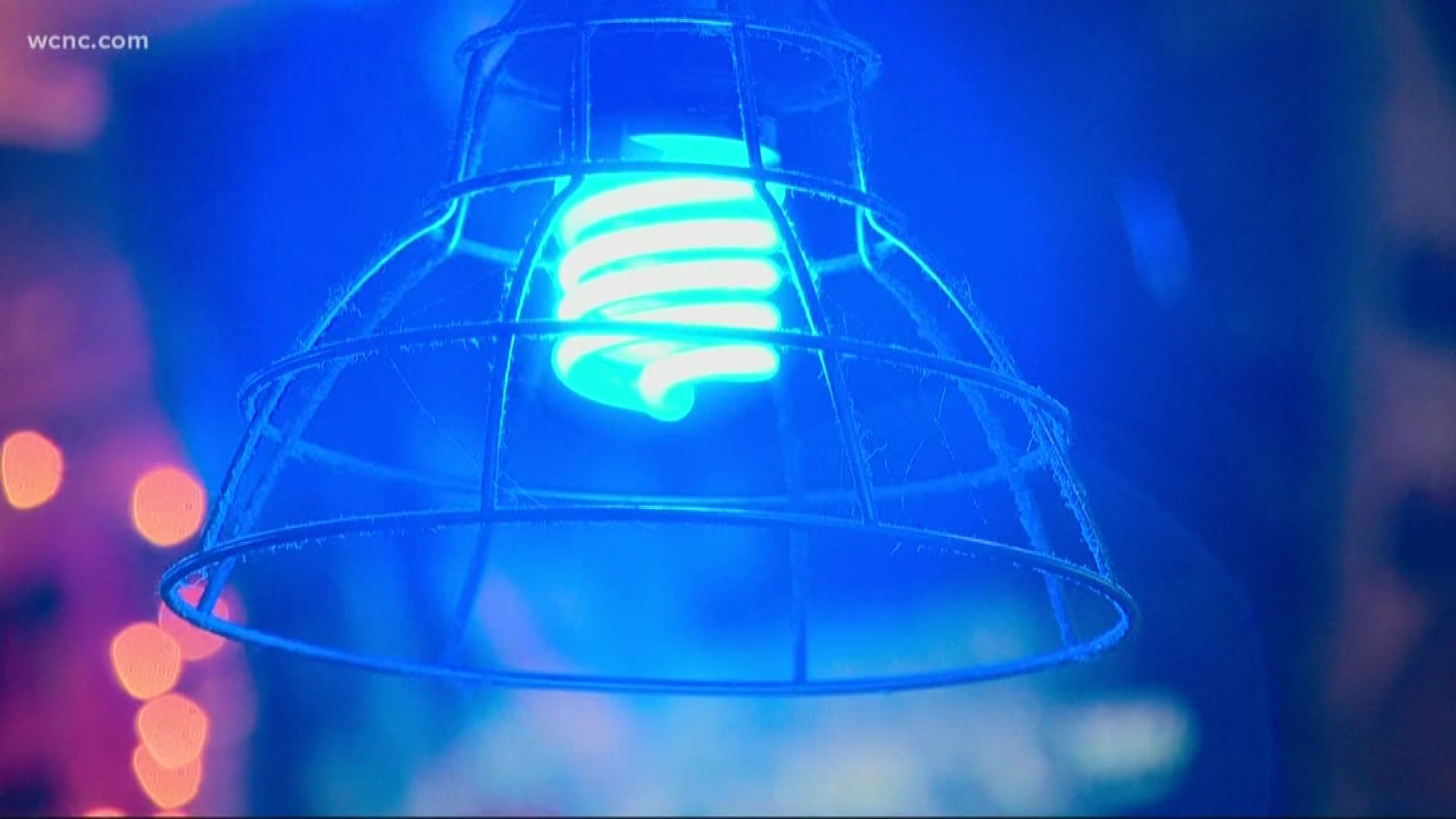 FORT MILL, S.C. — If you saw an indigo-like glow coming from downtown Fort Mill Thursday night, there's a reasonable explanation for it.

Businesses were asked to replace their LED lights with blue light bulbs to remember the late Detective, Mike Doty, who died one year ago.

Doty was shot while responding to a domestic disturbance call. He passed away the following day.

It is a tough anniversary, but the hundreds of people were inspired to pay tribute to their fallen hero and it showed as the color blue flooded Fort Mill.

Blue lights, blue shirts, blue steps, everything was blue, except the mood.

It is a stark contrast to last January when people lined the streets to pay their respects.

His procession lasted what seemed like hours as first responder after first responder rode to remember Doty. The route eventually ended but the mission to continue Doty's work continues with the foundation bearing his call number, 809.

"There's a lot of good that's come in the aftermath of a very challenging tragedy that our family has and friends have experienced," said Bob Doty Jr. back in October of 2018.

A portion of the proceeds raised Thursday night will go towards the foundation, according to board member Sarah Hopfer.

Hopfer said the sign of solidarity and salute to Doty's work in law enforcement stretched beyond county lines.

"We got a photo from Afghanistan. I guess it takes a lot on a base to put something up other than the American flag but somebody got approval to put the 809 flag and blue line flag right underneath the United States flag," she said.

While it is still a somber anniversary, the community has worked hard to uplift Doty's name and continue the work that he loved so much.

If you missed the "blue out" but would like to get involved, there is a barbecue benefiting first responders and remembering Doty on January 26 starting at noon at 524 Heckle Boulevard in Rock Hill. You can find more details here.