Community members, friends and family gathered to mourn the loss of 19-year-old Karson Whitesell, who was killed earlier this week in the Peach Stand shooting that rocked the Fort Mill area. 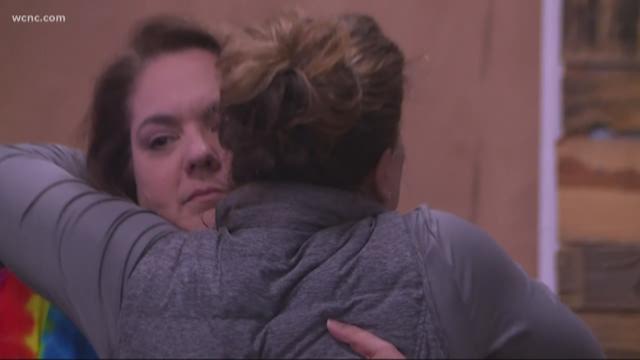 FORT MILL, S.C. -- Community members, friends and family gathered to mourn the loss of a teenager who was shot and killed at a Fort Mill farmers market.

The service for 19-year-old Karson Whitesell was held at the Illumine Church in Rock Hill Saturday morning.

On Thursday, Karson's parents spoke out about her death.

“Karson was my best friend, she was my only child, and we were a duo,” said her mother Debbie Whitesell.

On Tuesday, police responded to a call from The Peach Stand on S.C. 160 in Fort Mill a little before 4:45 p.m. Upon arrival, officers located Karson Whitesell with a gunshot wound.

Police arrested 28-year-old Christopher Benjamin Mendez in connection with Tuesday's deadly shooting. On Wednesday, he was charged with murder and possession of a firearm during the commission of a violent crime and denied bond.

“We're still shocked, dealing with it the best we can. We both have faith she’s in arms of Jesus,” mother Debbie Whitesell explained.

"She was amazing person, nicest person you will ever meet my best friend love of my life she will live through me forever," Karson's boyfriend said following her death.

"Karson was a beautiful light in this dark world," said Karson's parents, Debbie and Jason Whitesell. "She had a heart of service and loved God, her family, and friends fiercely. Everyone that knew Karson loved her. She will be missed by her family and all of the community. We appreciate your prayers and support during this difficult time."

“This was just a random act of violence. We don’t have any hatred or hard feelings and we are doing our best to be able to forgive," father Jason Whitesell explained.

Police agreed the deadly shooting was not related to domestic violence.

"I want to take the opportunity to clarify that this incident was not domestic violence related, nor was it the result of an armed robbery attempt," Fort Mill Police said.

Karson's family is asking those wanting to make donations donate to the Karson Whitesell Memorial Fund which will benefit shade structures for a community in Southern Swaziland. The effort was close to Karson's heart as she spent two months in Africa doing missionary work.