On Wednesday, Clutch Coffee Bar pledged to donate 100 percent of its proceeds to assist with the ongoing needs for the police department’s K-9 unit. 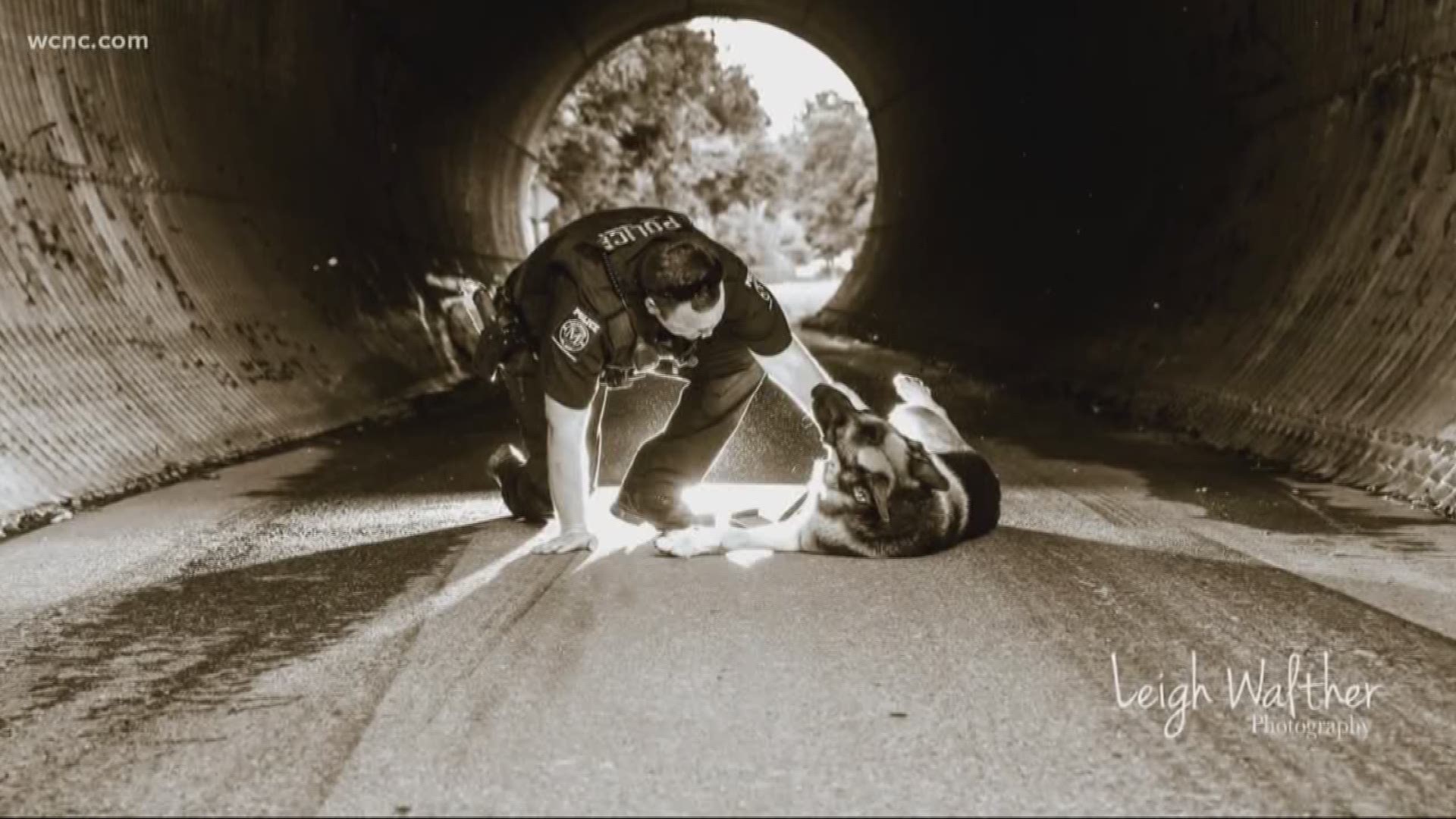 MOORESVILLE, N.C. — More than a week after Mooresville lost one of its own police officers, people in the community are stepping up to support law enforcement.

K-9 Officer Jordan Sheldon was killed during a traffic stop earlier this month. Since then, his life has been celebrated through memorials and tributes.

On Wednesday, Clutch Coffee Bar pledged to donate 100 percent of its proceeds to assist with the ongoing needs for the police department’s K-9 unit in memory of Officer Sheldon.

"Showing them [police] that the entire community, not just Mooresville, but the entire greater Charlotte area has their back, I think speaks volumes and helps them in a time when they're hurting,” said Darren Spicer, co-founder and CEO of Clutch Coffee Bar.

Lines stretched around the drive-thru building throughout the day with people wanting to buy a cup of coffee and make donations.

“It’s just really cool to see the community come together and support it, especially in a really difficult time to show our officers that we’ve got a united front for them,” Spicer said. “We have a lot of regular police here who come through every day as loyal customers and so it means a lot to them.”

The money raised will help with essential items for the K-9 unit, such as training, protection gear, and more.

"We just want to be able to try to chip in and help, help support something that he [Sheldon] was passionate about,” Spicer said.

Across the city, Lowe’s is backing the blue with blue lightbulbs.

Brenda Ogden, an assistant store manager at Lowe’s, said Officer Sheldon’s father came in to purchase blue lightbulbs. The company then had thousands of blue lightbulbs shipped in from other stores and distribution centers.

Lowe’s and GE partnered to donate 6,000 light bulbs to honor Officer Sheldon and gave them out to community members at a vigil last week and at Lowe’s stores in and around Mooresville.

"I'm hoping in some small way when the family drives around and they see the blue lights that they see that we care,” Ogden said.

When local singer/songwriter Kayla Vega heard the news of Officer Sheldon’s passing, she immediately felt the need to do something to help her community through this tough time.

"I just felt that it was my responsibility to take on this role and say, ‘You know what, we need something right now. That is music. It’s universal.”

Vega wrote the song “Home” the day after Sheldon’s death as a way to uplift people in Mooresville, and her record label produced the song within 24 hours.

Once the video for “Home” was posted on Facebook, it received thousands of views and hundreds of shares.

"It's kind of like the anthem that, you know, home is where the heart it,” Vega said.

The main message of the song, Vega said, is to support your neighbors and be there for one another.

Vega said she hopes this song resonates with the community and comforts them as they cope with this tragedy.

Proceeds from the sale of the song will be donated to Adopt-A-Cop Mooresville, and Vega will be performing a benefit concert from 7 p.m. to 11 p.m. June 7 at the Beer Lab on Broad Street downtown.

Donations collected from the concert will go to a scholarship fund in memory of Sheldon that will be given to incoming cadets who are interested in pursuing a career in the K-9 unit at the Mooresville Police Department.