Thomas Davis donates $100,000 to help bail dads out of jail before Father's Day 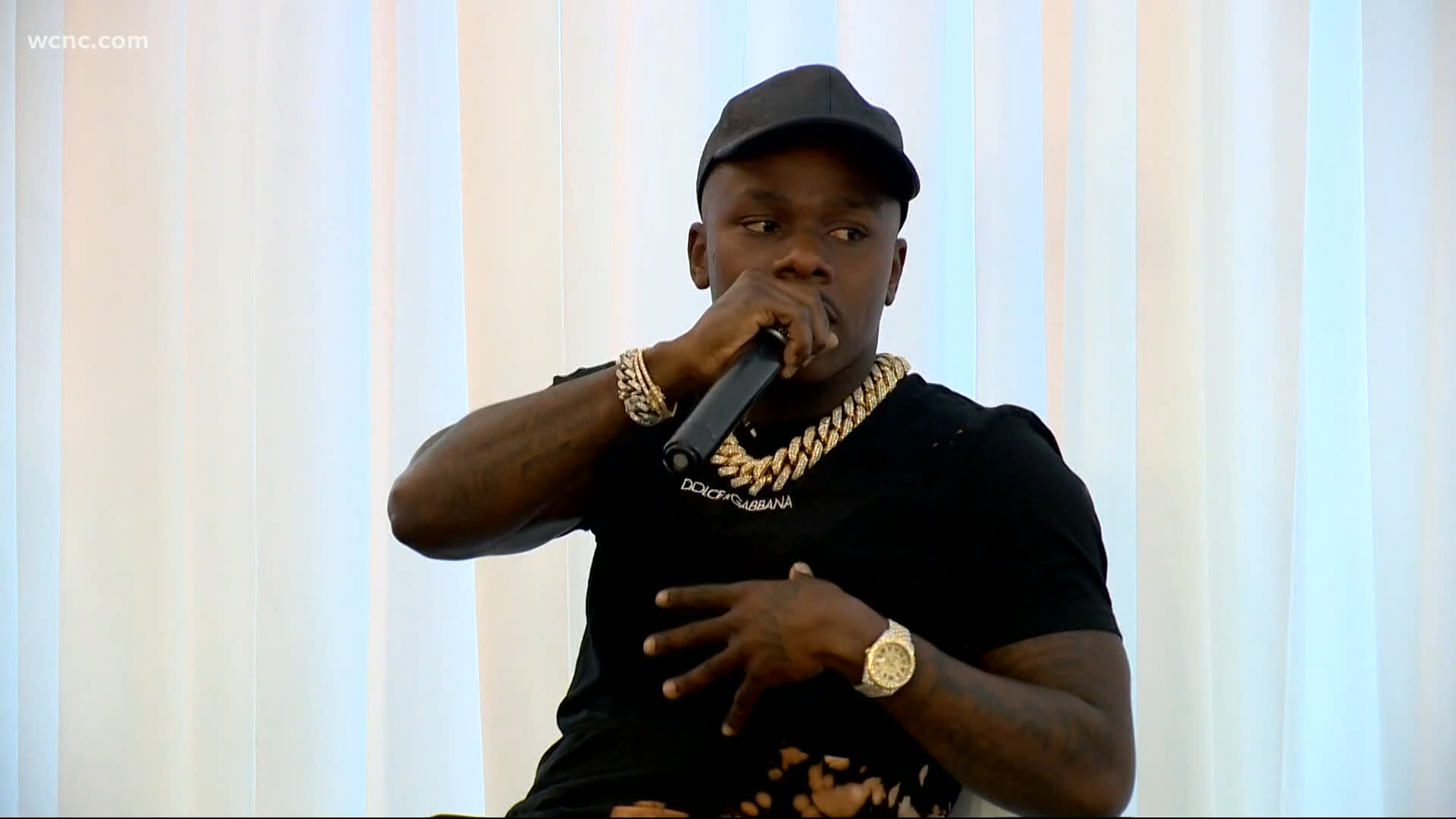 CHARLOTTE, N.C. — A Charlotte forum organized Friday by rapper DaBaby got emotional -- especially after former Carolina Panthers player Thomas Davis announced a surprise $100,000 donation to the ACLU's effort to bail out fathers in the Mecklenburg County Jail ahead of Father's Day.

"It was a spur of the moment decision," Davis said. "But it was something I felt needed to be done."

The ACLU's Kristie Puckett-Williams said the donation came as they were struggling to pay for one man's $1,500 bond.

"I don't want to cry now, but it's an amazing when I think about the pain that people who are incarcerated right now are feeling," Puckett-Williams said. "Especially as we come close to a holiday of Father's Day."

During the event, she expressed frustration about local leaders only meeting and listening to the Black community.

"At what point do we just acknowledge that the system is illegitimate?" she asked. "It was founded on white supremacy, and it continues to perpetuate it, and that we have to burn it down, and we stop prosecuting people that are peacefully protesting to burn it down."

At the start of the event, DaBaby, who is a Grammy-nominated rapper and Charlotte native, emphasized he didn't want the discussion to be solely about him.

"To give people whose voices aren't heard," DaBaby said. "Whose voices don't reach millions of people every time they talk; the opportunity to be heard."

He spoke about the Charlotte-Mecklenburg Police Department detaining him after a December concert at Bojangles' Coliseum. He was cited for for marijuana possession and resisting officers.

“I have had my own experiences with the police. It’s time to have a serious conversation about police reform and systemic racism in our city,” DaBaby said in a released statement ahead of the event. “Black lives been mattered and always will matter.”

While he proclaims to be the first one to come out of Charlotte, he said returning home is frightening due to systemic racism.

"I know that in my mind, any time I got a show in Charlotte, I'm going to jail," he said Friday. "It happens every single time."

He said the event is only the beginning, and he wants to move from talking to taking action especially when it comes to this year's election.

DaBaby, whose real name is Jonathan Kirk, was cited in December but had drug charges against him dropped. Kirk shared photos of Charlotte-Mecklenburg Police officers using flashlights to search a vehicle he arrived in. Kirk said it was an unlawful search and threatened to release video and audio to show "how dirty" CMPD was.

In March, DaBaby apologized after he allegedly hit a woman during a concert in Florida. Kirk said he reacted the way he did because a phone's flashlight was right in his face. He said he didn't know the person he hit was a woman.