Our early PPP data analysis shows Black-owned businesses secured just 3% of PPP loans worth $150,000 or more in the Carolinas 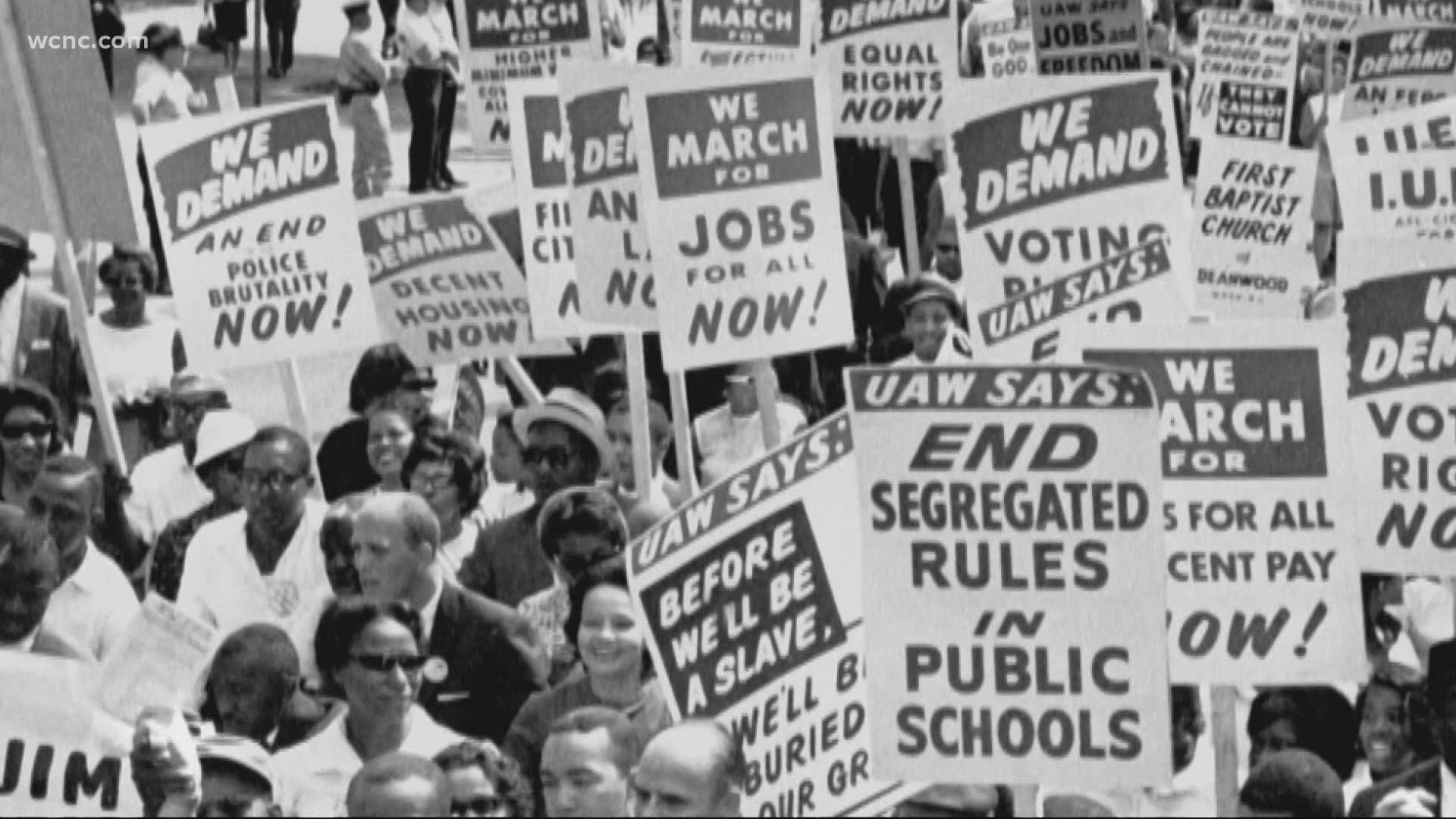 CHARLOTTE, N.C. — From Paycheck Protection Program loans to mortgages, marijuana arrests to SWAT Team raids, widespread disparities persist 156 years after Union soldiers shared the news of freedom to enslaved Black people in Texas on June 19, 1865. Those disparities remain the result of systemic barriers that single out Black members of the community. Despite the lack of equity, advocates in the community are working tirelessly to close the gaps.

A WCNC Charlotte analysis of early PPP data found white men received the vast majority of forgivable loans. Of the owners who identified race in their applications, Black-owned businesses secured just 3% of PPP loans worth $150,000 or more in the Carolinas.

"Are we invisible?" NAACP President Rev. Corine Mack asked in response to our findings. "Does our pain not feel like pain to some folks? When we cry, do you not see our tears? This is a serious problem and it's not just in Charlotte."

The far-reaching disparities resulted in Small Business Administration changes in subsequent rounds to address the lack of equity.

PPP is just a snapshot of the lending divide. When it comes to regular mortgages, a WCNC Charlotte analysis of federal home loan data found most of Charlotte's largest lenders deny Black applicants far more often than their white counterparts. The denials were blamed on poor credit and high debt to income ratios, which is a byproduct of centuries worth of unfair treatment.

Banks, lawmakers, advocates, borrowers, and now the Biden administration are working to make sure every person has a fair shot at owning a home, but they caution change will be gradual.

"You see the will and the work going in to really make some fundamental changes," U.S. Department of Housing and Urban Development Housing Finance Senior Adviser Alanna McCargo said.

New first-time homeowner Sadia Vanager wants her kids to know how much work goes into buying a home. Not only does she credit education and her realtor, but she's also grateful for her partner for helping financially support the possibility.

Data show widespread disparities in policing too. Public records show the Charlotte-Mecklenburg Police Department has significantly decreased the number of people arrested and cited for marijuana possession, but data show when officers choose to take someone to jail or write a ticket for weed, the majority of the time that person is Black.

"I think the optics of it could be problematic for some people certainly, but we have to understand why is it that this is occurring," Deputy Chief Patterson said.

According to the deputy chief, South Charlotte doesn't have a violent crime problem, unlike other parts of the city, which is why that part of town sees so few SWAT raids.