“Our culture is crying out for something to be made right that’s really wrong," said Spence Shelton with Mercy Church. 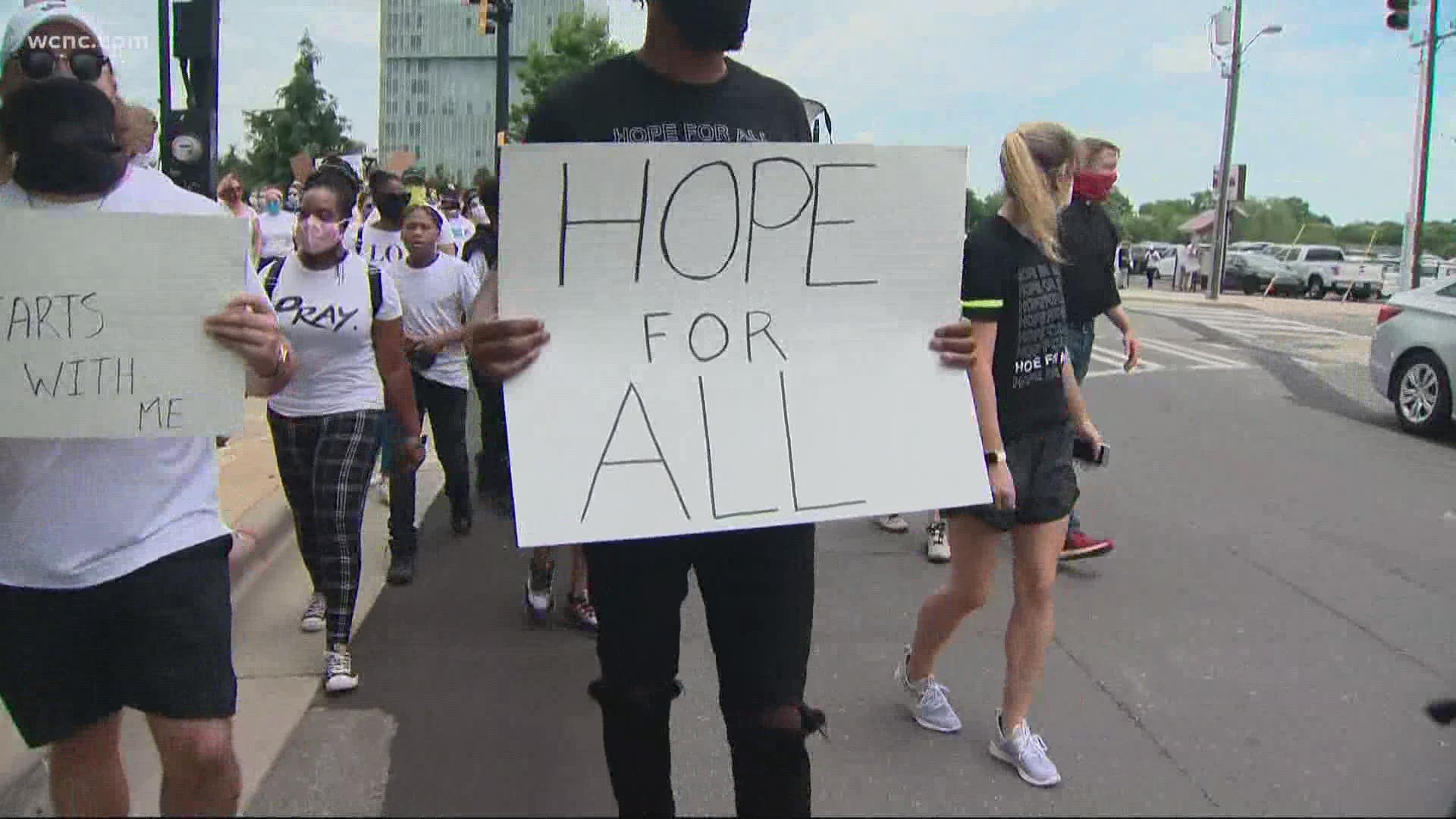 CHARLOTTE, N.C. — The third day of protests in Charlotte over the death of George Floyd, a black man who died in police custody in Minneapolis, started peacefully in First Ward Park in uptown Charlotte.

The protest, It Ends Now Charlotte, was organized by more than 50 local church and faith groups. Over 1,000 people calmly and peacefully joined together to spread messages of unity.

The reason for the protests is a problem felt even by children.

A powerful message, spoken by the son of a local pastor to thousands looking on.

That anger fueled prayer for many — prayers for equality, unity, and a safer future for everyone.

“I just believe it’s time for something different," says Sanchez Fair, the event organizer. "I don’t want my boys in 20 years having the same conversation I had with my dad yesterday."

People of all races gathered together to hear messages from different faith leaders.

“Our culture is crying out for something to be made right that’s really wrong," said Spence Shelton with Mercy Church. "Racism is the simple way to say it, and we believe the gospel message the Christian message has the answer."

Mayor Vi Lyles and other elected officials were there supporting the protestors and what they stand for.

“I want to be where the people in this city are," she said to WCNC Charlotte. "I have to have their encouragement and support for us to be the place that we want to be."

The group peacefully marched a mile through uptown Charlotte, guided by police, everything stayed civil and peaceful.