For The Culture: America's dark past of medical mistreatment in Black communities leads to hesitancy with the COVID-19 vaccine

People of color are not running to roll up their sleeves. There is hesitation mostly due to the country’s past of medical mistreatment in communities of color. 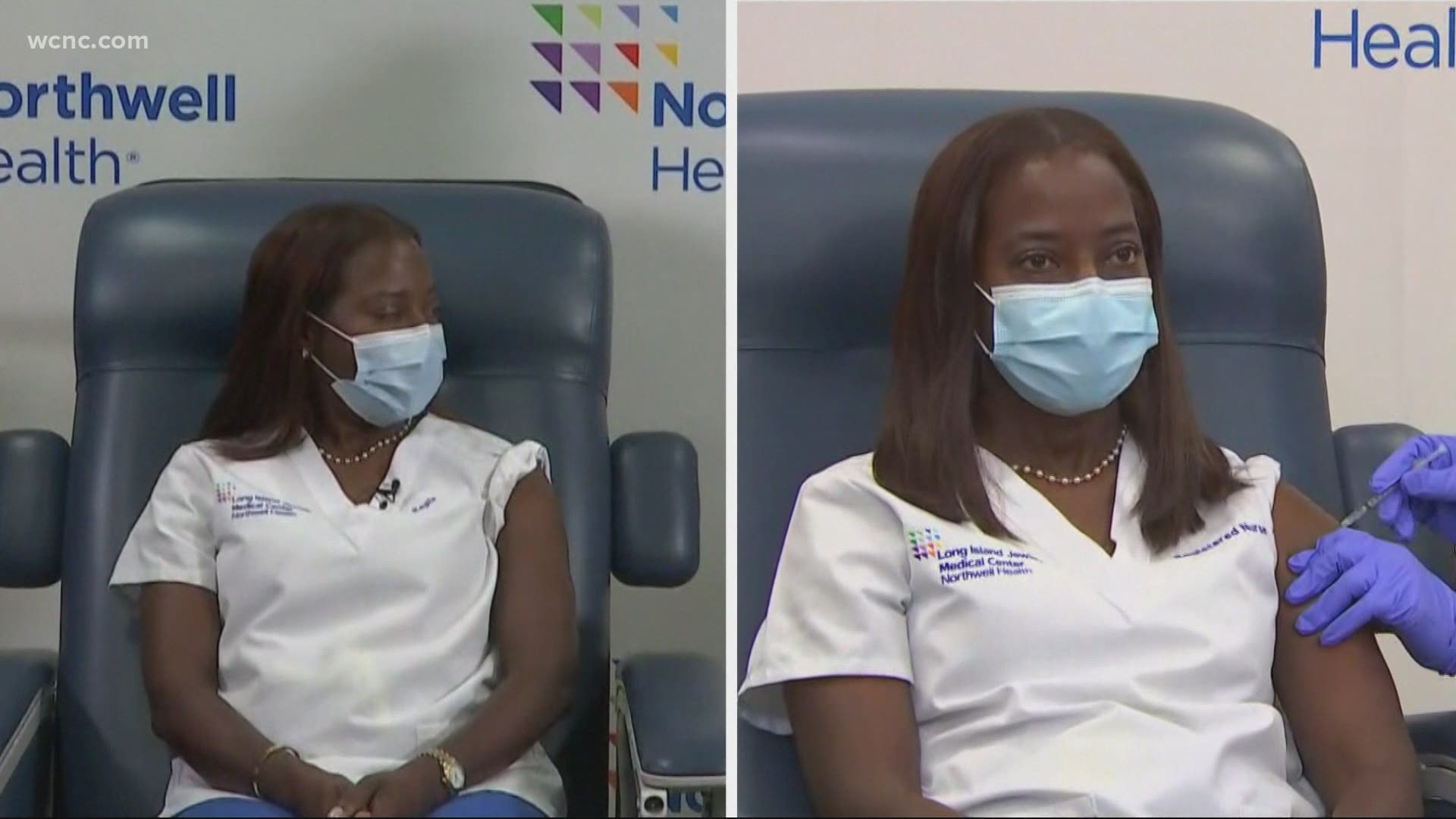 CHARLOTTE, N.C. — COVID-9 has ripped through communities of color. Black people specifically are dying at an alarmingly higher rate than other groups.

Since the massive death rate, the federal government rushed and approved two vaccines, Moderna and Pfizer. Many in the medical field coined the vaccines as the start of putting an end to the deadly pandemic.

Still, people of color are not running to roll up their sleeves. There is hesitation mostly due to the country’s past of medical mistreatment in communities of color.

A fact medical doctors have not been able to ignore.

Sandra Lindsay, a Black nurse from New York was the first person in the U.S. to receive the Pfizer vaccine. She received her second dose last Friday and calls it an accomplishment.

As states and medical centers roll out vaccines, you may notice many are spotlighting people in communities of color. That's not a coincidence. It's to try and build trust.

"I  could not be more pleased or feel more called on to receive this vaccine that so many people of color had a hand in developing,” said Adams.

Still, many in the Black community remain hesitant about rolling up their sleeve including Pierre White of Durham, North Carolina.

“It’s a lot of trust issues due to the previous history of vaccinations and the Black community,” said White. “We are a non-stop experiment.”

America has a dark past of experimenting with unethical medical practices in Black communities.

Take the Tuskegee Experiment as an example. From 1932 to 1972, 600 Black men from Macon County, Alabama were unknowingly infected with syphilis.

Doctors purposely did not tell the men the correct diagnosis, instead, they downplayed the disease, telling the men they had “bad blood” and would receive free healthcare. In actuality, the doctors kept treatment away from the men just so they could secretly study the full progression of Syphilis.

That process made it impossible for them to have children.

Dr. Reginald Broadnax, a religious studies professor with Clinton College explains how the method was used as a way to breed out Blacks.

Almost all of these sterilizations took place without these women's consent,” said Dr. Broadnax. “It’s going to take a long time to rebuild trust, when you’re speaking to Black people who have a memory of 400 years of distrust you’re not going to gain it within a few months.”

However, there are people of color on the opposite side of this topic who believe the vaccine is a shot at survival. Dr. Angela Morrison, a gynecologist at Carolina OBGYN in Rock Hill is one of them.

“I took the vaccine because I am a healthcare worker and I come in contact with COVID- 19 patients on a daily basis.”

RELATED: Here's what the COVID-19 directive means for you in Mecklenburg County

Dr. Morrison said she understands the hesitation behind the vaccine but encourages people of color to weigh their options from this perspective.

“We have reservations but yet we’re dying from the virus,” said Dr. Morrison. “You have to ask yourself do you want to take a risk and contract the virus and have a six-time more chance  of dying versus trust the vaccine and trust the data.”

WCNC Charlotte’s Billie Jean Shaw is continuing to research the concerns communities of color have when it comes to COVID-19 vaccines. If you have a concern, contact Billie Jean at bshaw@wcnc.com.