Willie McLeod, one of the Friendship 9, and a leader for civil rights in the Carolinas, says what's happening across America is nothing new. 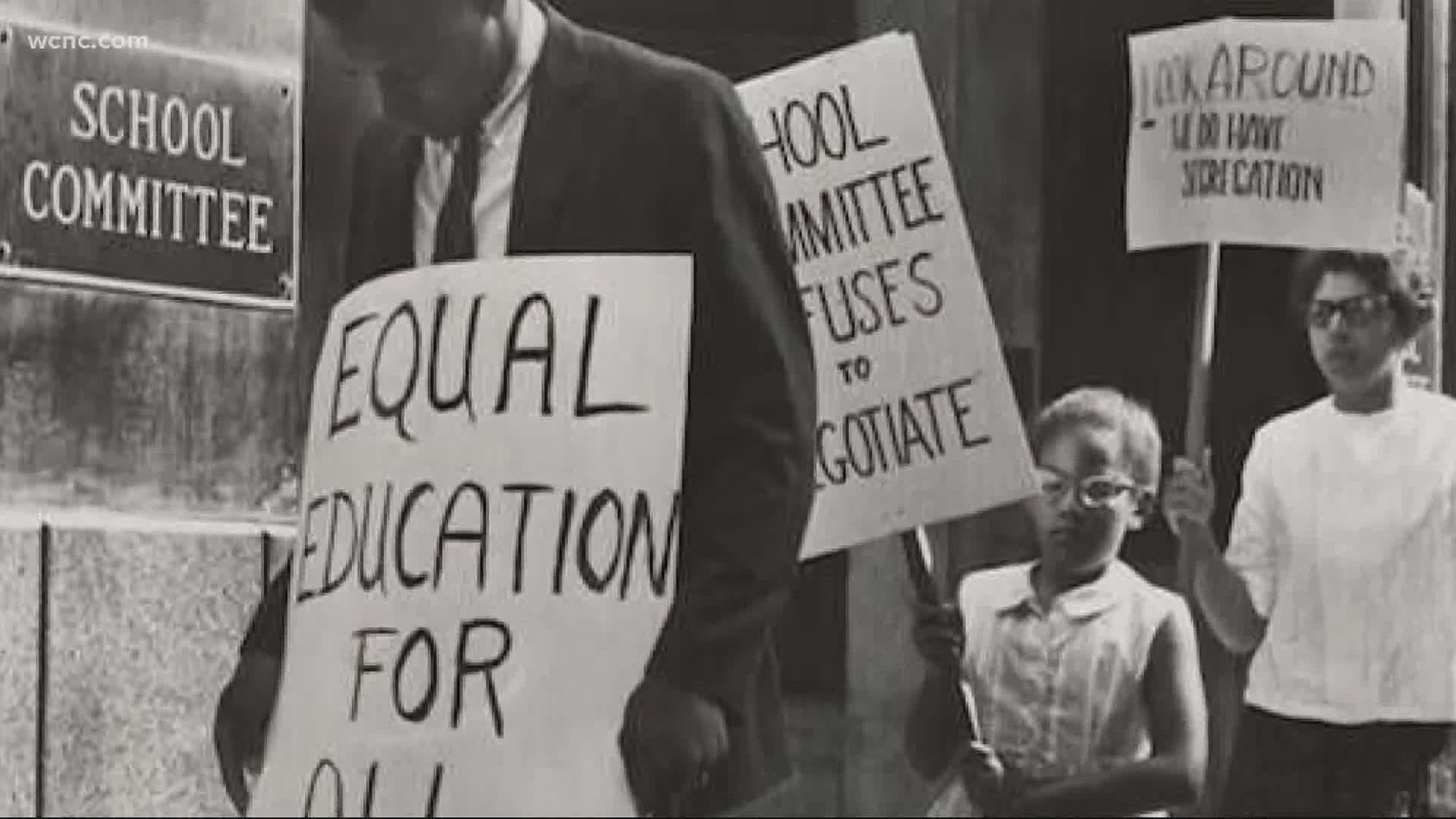 ROCK HILL, S.C. — Willie McLeod, a local civil rights leader known as being part of the Friendship 9, says the current unrest in America is reminiscent of what happened in the 1960s.

McLeod, who has been interviewed by WCNC Charlotte's Billie Jean Shaw several times about local and nationwide racial issues, hesitated to speak this time.

"I wasn't sure I wanted to do this," McLeod said of the interview, explaining the current state of America weighs heavily on his heart. "You know a lot of people don't understand the struggle is not a recent one. The injustice that's occurring now is not a recent thing. This has been happening since the first black man came in America."

On January 31, 1961, during the Civil Rights Era, McLeod and either other black men, known as the Friendship 9, marched to McCrory's Restaurant in downtown Rock Hill. In a bold move, they sat down and demanded service at the whites only lunch counter. They were arrested and convicted of trespassing and disturbing the peace. Those charges stayed on their records for 54 years, until a judge overturned their convictions in 2015.

"We were standing up against injustice and liberty," McLeod said.

At the time, McLeod thought he accomplished that goal. But a look at today's protests, which are strikingly similar to the images of the 1960s has revealed what the 77-year-old says is a harsh reality.

"We didn't accomplish very much," McLeod said. "We thought we had accomplished something back in the 60s, but we was mistaken. See, we were marching for equality, but we did not get equality. We got integration, and integration without equality, integration is not the answer."

RELATED: For The Culture: Why George Floyd’s death could evoke trauma in communities of colors

McLeod says fighting injustice with violence isn't the answer, but he understands the frustration.

"What you're seeing with all this rioting is the results of being not heard," said McLeod.

His hope is that America listens by putting an end to racial injustice and holding leadership accountable when it comes to police brutality across the nation.

"If that police department is not being properly governed, police would get away with what they can," McLeod said. "That's putting brother against brother, sister and against sister, and I'm against that."