Scott Brooks was killed when he was shot during an apparent armed robbery at his family's restaurant early Monday morning. 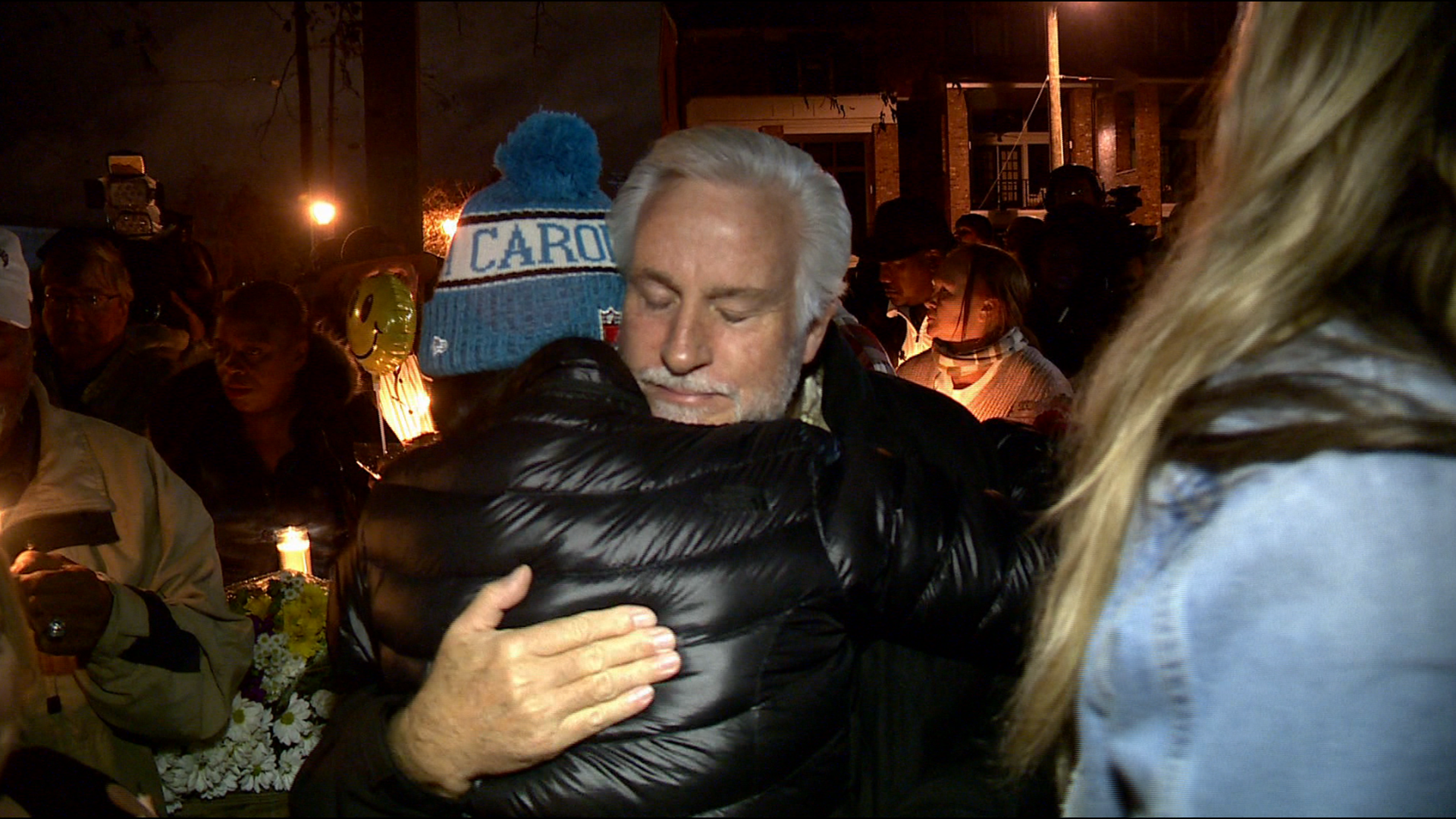 Brooks, 61, died when he was shot during an apparent armed robbery at Brooks' Sandwich House in NoDa Monday morning. Scott and Dave Brooks co-owned the business, which was founded by their father in 1973. Charlotte-Mecklenburg Police said they are searching for two suspects in connection with the shooting.

Brooks' family will receive friend and family from 12 p.m. until 2 p.m. Saturday at Idlewild Baptist Church in Mint Hill, where Brooks was a member for over 35 years. A celebration of life will take place at 2:30 with an extended visitation until 5 p.m. He will be laid to rest at Sunset Memorial Gardens in Mint Hill Sunday.

In lieu of flowers, the Brooks family is asking donations to be made to the Idlewild Baptist Church Building Fund or Habitat for Humanity.

Hundreds gathered for a candlelight vigil in Brooks' honor at the restaurant Tuesday evening.

While Brooks' Sandwich House is a staple in the NoDa neighborhood, known for the world's best burgers, customers that came to mourn said the men behind the name were the true highlight.

“You know it’s a legendary place," neighbor Blake Trew said. "You know these are good people who gave back to this particular community."

"Normally this lot is full to the brim with cars. Customers in line or talking over some of Charotte's best burgers," Bills Jacks Noda posted on Instagram. "A senseless act that should never happen. NoDa is safe, safe because of the businesses and individuals that make it that way."

A GoFundMe was started to help the family with funeral expenses. In just one day, it raised over $27,000. As of Friday morning, the fund has raised over $38,000.