'A mark in history' | Memorial service for George Floyd held in Raeford, NC

It was a ceremony to honor the life George Floyd lived, and while it was cut too short, his death has started a movement that continues on. 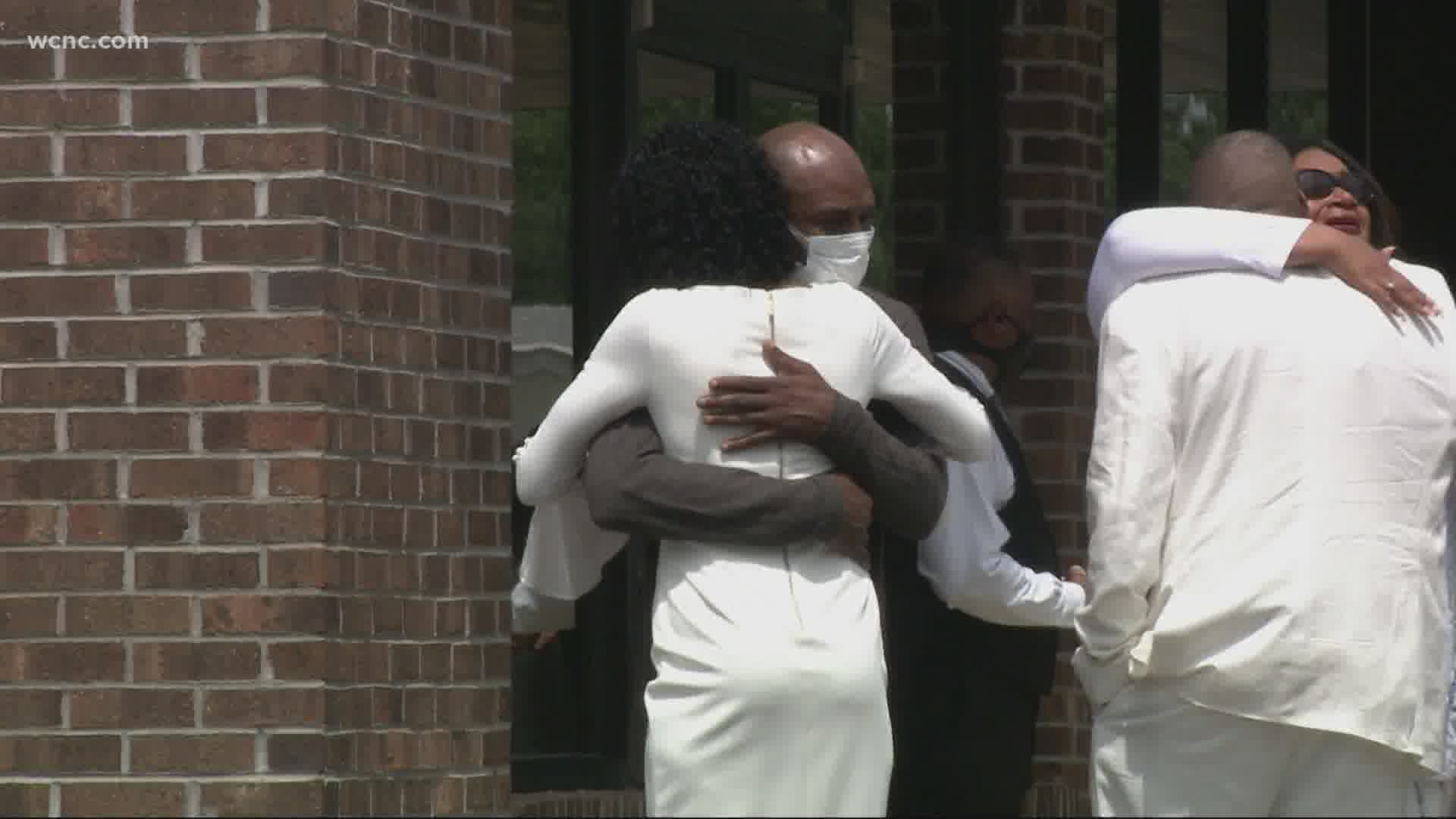 Floyd was born in North Carolina, and his sister currently lives in Raeford.

RELATED: What is George Floyd’s connection to North Carolina?

Family, friends, and community members gave their final goodbyes to George Floyd during the memorial service.

Hundreds of people showed up to the service at Cape Fear Conference B Headquarters on Saturday. It started with a public viewing in the morning, followed by a private ceremony for family in the afternoon.

The ceremony in North Carolina is one of three memorials held for Floyd around the country; there was a service in Minneapolis on Thursday and a funeral planned in Houston on Tuesday.

His death sparked protests across the country after a viral video showed a Minneapolis police officer kneeling on Floyd’s neck for several minutes.

WCNC Charlotte talked to people at the memorial service in Raeford who were surprised they were able to view the open casket and they say it’s something they’ll remember forever.

However, it was too painful for some in George Floyd’s family.

“It doesn’t make any sense to me,” Floyd’s brother told NBC affiliate WRAL.

It was not the return home to North Carolina anyone wanted for George Floyd, especially his family who attended the memorial service.

“I’m not going to view the body, because I can’t look at him that way,” Floyd’s brother told WRAL.

The hearse arrived Saturday morning, escorted by the Hoke County Sheriff's Office, to a large crowd of people.

During a public viewing, they were allowed to see the open casket. Lakisha Hinnant drove from Greensboro.

“This is something I’ll always remember,” said Hinnant. “From seeing him and what happened to him on TV to walking inside and being able to view him, it was a true experience, honestly.”

Kevin Leverett and his son came from Winston Salem.

“This is, unfortunately, a mark in history,” said Leverett.

“I’m just glad I can experience it,” said his son.

It comes after a week of protests around the world sparked by a viral video showing an officer with a knee on Floyd’s neck in his final moments.

However, Hoke County Sheriff Hubert Peterkin said there were no incidents throughout the day during the service on Saturday.

“We’re right where we hoped we would be with this event, and I’m very proud of how it’s turned out so far,” Sheriff Peterkin said.

It was a ceremony to honor the life Floyd lived, and while it was cut too short, his death has started a movement that continues on.

RELATED: Drew Brees responds to Trump: 'We can no longer use the flag to turn people away'