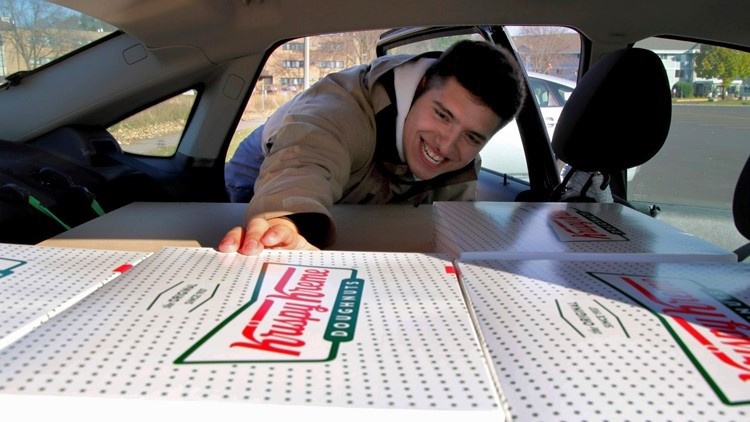 Photo by: AP
After being given a cease-and-desist order from doughnut giant Krispy Kreme, MN college student Jayson Gonzales struck a deal to continue his resale service.

ST PAUL, Minn. — Krispy Kreme has reached an agreement with a Minnesota college student who drove to Iowa every weekend to buy hundreds of doughnuts to resell them in the Twin Cities area.

The company said in a statement Monday that Jayson Gonzalez of Champlin can now work with Krispy Kreme as an independent operator. The deal also includes a 500-dozen doughnut donation when he starts up again.

The St. Paul Pioneer Press reports the 21-year-old Gonzalez also announced the deal on his Facebook page, adding that he's "pumped" to continue his business.

Last week, Krispy Kreme told Gonzalez to stop the resell venture because it created a liability for the company.

The confectionary giant said in its statement Monday that the "temporary stoppage" was to ensure product quality and regulatory compliance.