The expansion will also add more thrill for children with a zipline course. The zipline will include recumbent and disc seats for diverse skills and bodies 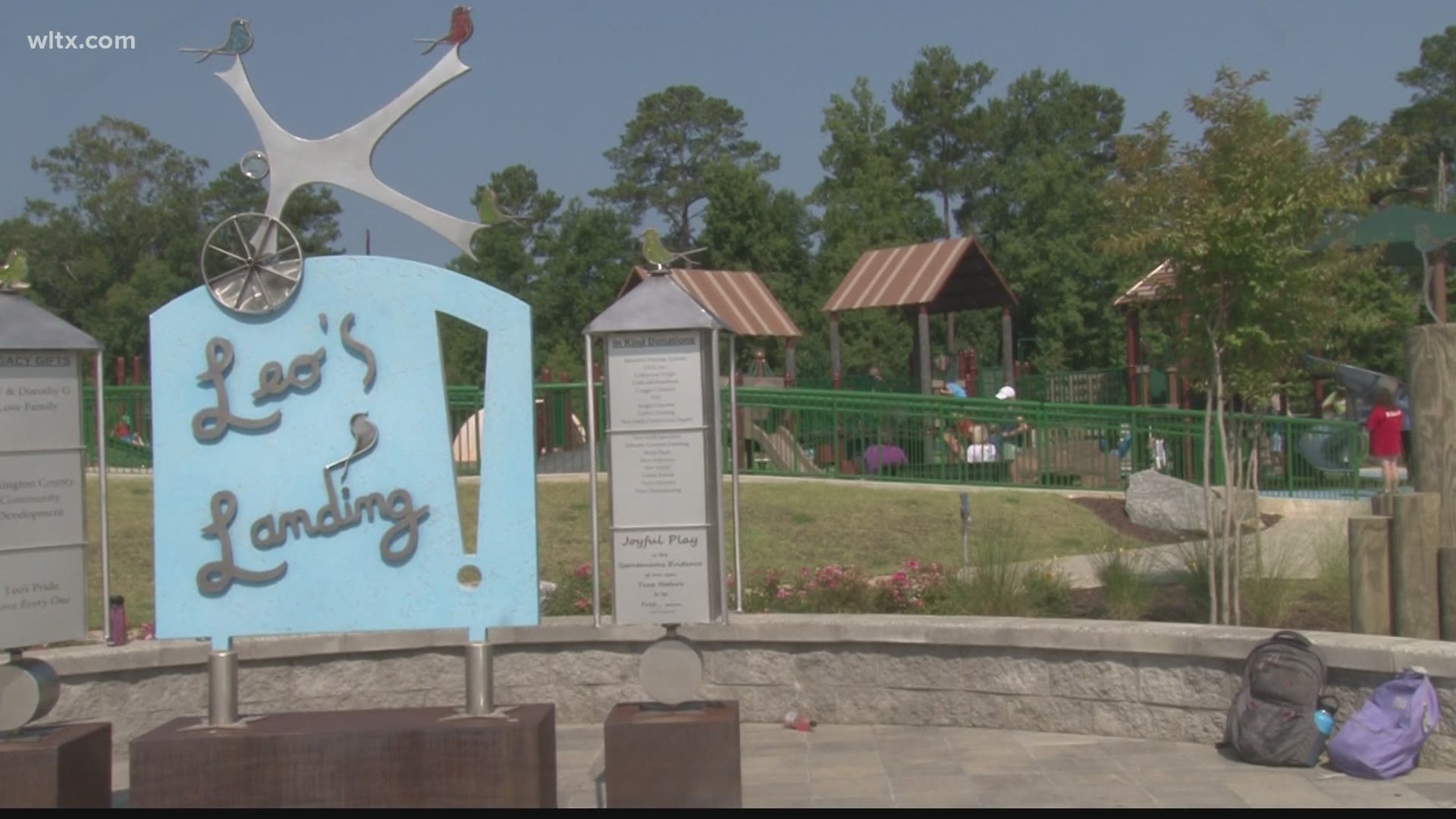 IRMO, S.C. — Leo's Landing is an all inclusive park, located in Saluda Shoals in Irmo, SC.

The park was created to help foster inclusivity, friendship, and understanding among all ages and abilities.

"This is a destination playground," Meredith Bugenske, Founder, Leo’s Pride Foundation. "We have people traveling just to come to Leo’s Landing."

Meredith and Adam Bugenske are the founders of Leo's Pride Foundation and Leo's Landing. The foundation and park is named after their 8-year-old son, Leo.

"He was born with Spinal Muscular Atrophy, SMA Type 1, diagnosed when he was very young," Meredith said.

When Leo was one, the family went to Saluda Shoals Park. During that walk, the Bugenske's noticed a need for a space made for all children to play to together.

Saluda Shoals Park received an email from Meredith who wished they had more equipment that would meet Leo's wheelchair-confined son’s needs.

That one email led to Saluda Shoals Park and the Irmo Chapin Recreation Commission to really think about what they currently have and what they don't.

In 2019, the Bugenske's planned and opened up Leo's Park.

"The hope was, what was the designed for the playground was, any child, any adult that comes here," Adam said. "Any age, any ability would feel like this playground was designed specifically for their needs."

Leo's Landing has been such a success in the Midlands, bringing people from all over the state to Saluda Shoals Park.

RELATED: 'Everyone is welcome here': Inclusive playground to open at Saluda Shoals Park

Adam and Meredith have announced they are is expanding their park by two acres--to bring more activities to the community for all abilities.

"We’re not just adding more fun stuff," Meredith said. "Obviously it will be fun, and the kids will think it would be amazing, but we actually went back to our initial meetings that we had with our community and our design sessions that focused on the needs of our community."

The new expansion is expected to include a low-energy space for individuals to decompress and encourage connection and build relationships with other kids.

The expansion will also add more thrill for children with a zipline course. The zipline will also include recumbent and disc seats for diverse skills and bodies.

Leo's Landing will also include topography challenges for all ages and abilities with different equipment that will help encourage imagination and exploration.

RELATED: 4K education expands to all parts of South Carolina

Mark Smyers is the director of the Irmo Chapin Recreation Commission and  said he hopes the expansion of Leo's Landing will help the commissions goal to meet people where they are.

"This message of inclusion and creating a play space to meet people where they are, not just to get from A to B, but the ability to provide and equal experience," Smyers said. "I think this is a right now conversation and I think it’s a way that our community can reflect and resemble what’s out there. We certainly want to invite all members of our community out to our parks and facilities, and this is just a great way to highlight that effort and that focus."

The ground breaking for the 2-acre expansion will take place on Thursday, August 12. The Bugenske's hope to have the new addition opened to the public by early 2022.