Julie Lindsay suffered a heart attack while visiting Las Vegas in March and has been hospitalized there ever since. 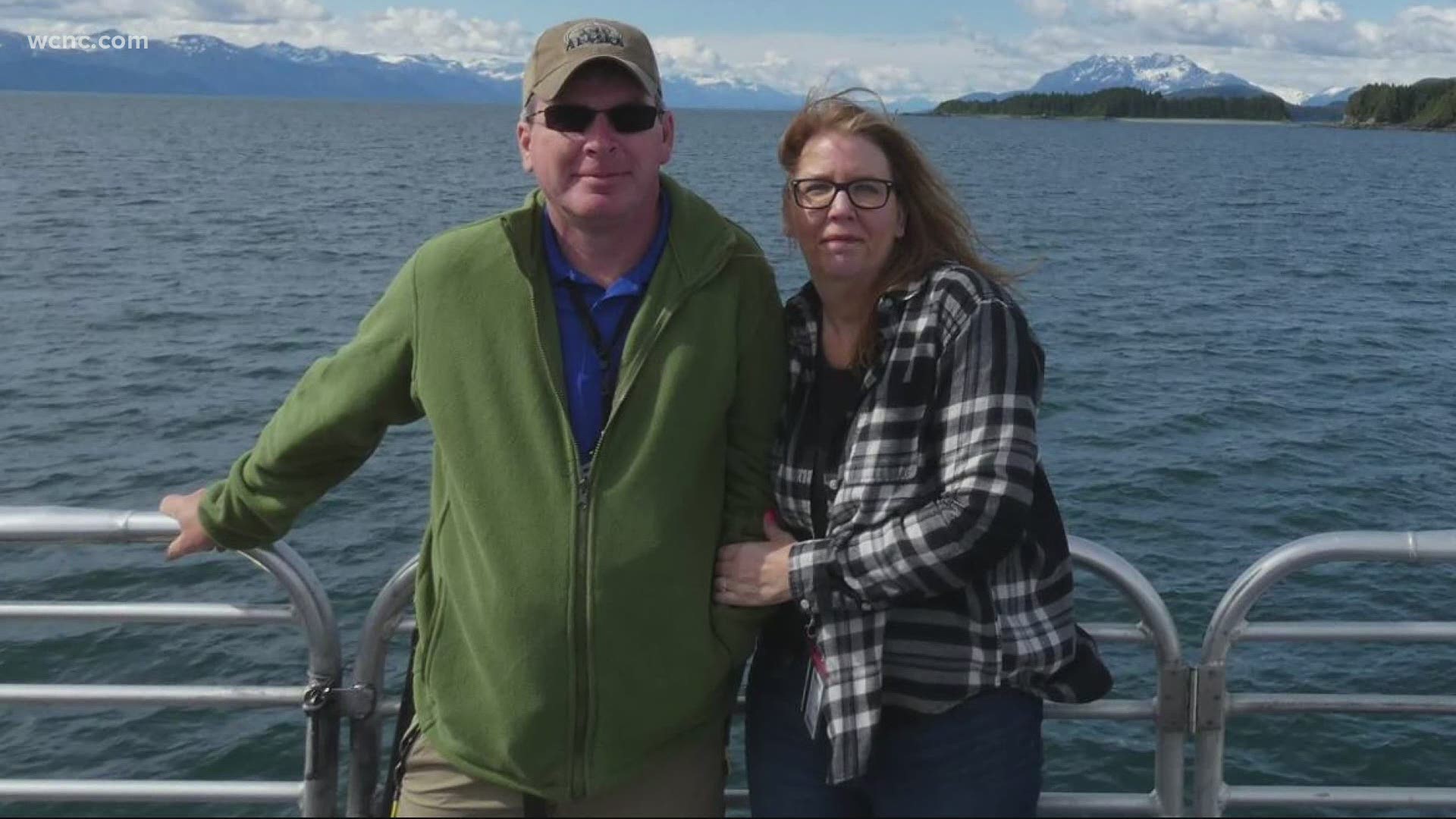 LINCOLNTON, N.C. — It’s been 108 days and counting since the last time Jeff Lindsay got to hold his wife Julie's hand.

For the past three months, she has been hospitalized in Las Vegas after suffering a severe heart attack. Now, her husband is doing whatever he can to help bring her back home.

Julie had planned the trip to Las Vegas to visit her military son who was temporarily based there. Just days into her trip, her husband says she had a heart attack while she slept, causing her heart to stop three different times.

“When he was packing he looked up and noticed she was convulsing,” Jeff said.

First responders rushed Julie to a local hospital where she was immediately intubated and put on a ventilator. Months later, she is beginning to breathe on her own sometimes but is still in need of medical assistance and psychical therapy to fully recover.

Her husband says he wants to be by her side during all of that.

“Even if we can’t get in to see her I will stand outside her window," Jeff said. "I might even sleep underneath it."

But in order to do so, he needs to get Julie back home to North Carolina. Jeff has now started a GoFundme in hopes of raising enough money to afford an Air Med Transport. Typically that can cost up to $40,000.

The family has considered other cheaper options like a long-distance ambulance, but unfortunately, those aren’t outfitted with the ventilators Julie needs to survive.

“My wife comes first," Jeff said. "I just want the best for her so she can get better."