Meet the many dads of Father's Day

No dad is the same, and WCNC Charlotte viewers wanted to share with you what makes their fathers uniquely theirs. 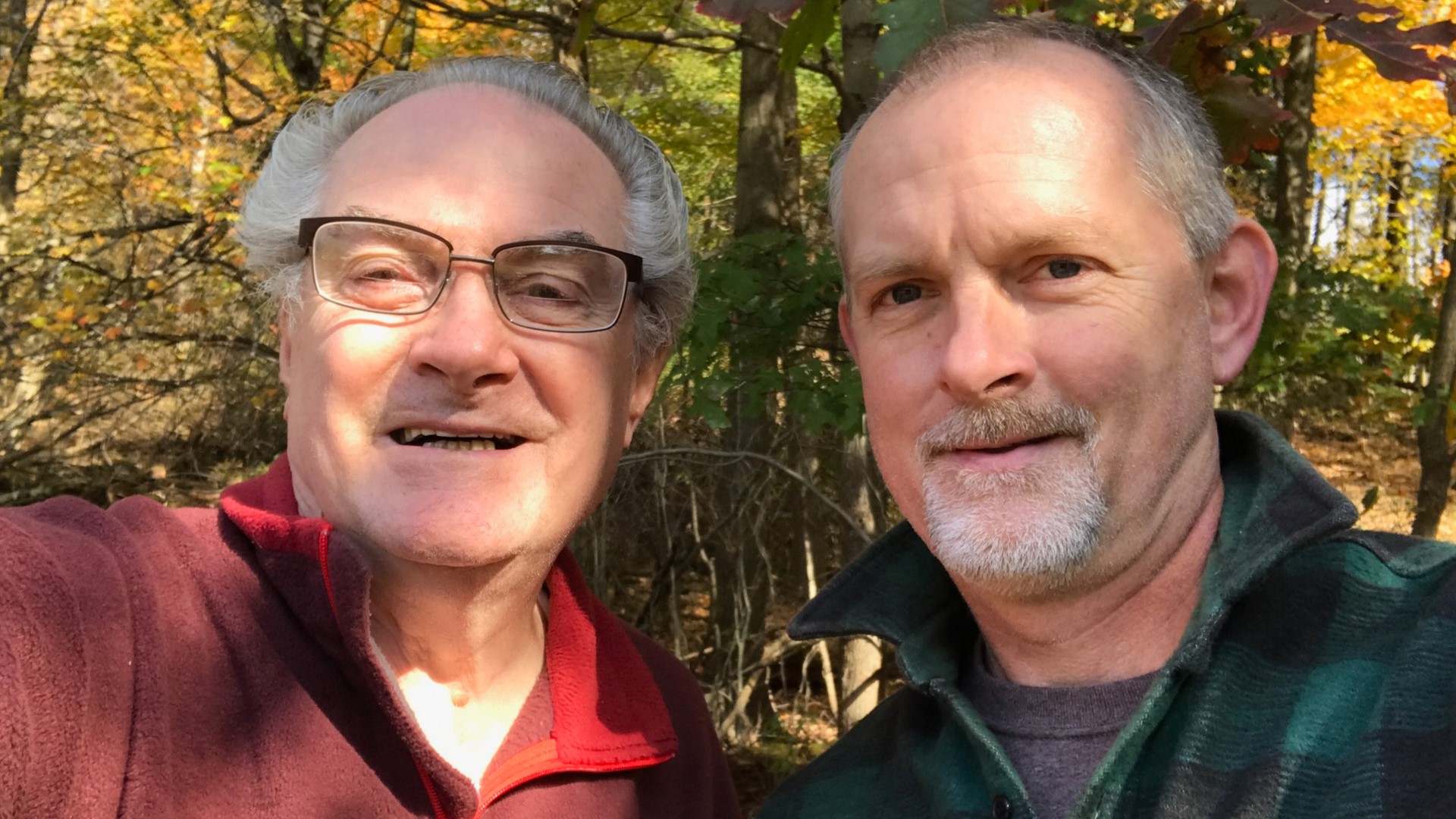 CHARLOTTE, N.C. — While this Father’s Day may look different for many, people across the Charlotte-area are finding ways to celebrate their dads.

WCNC Charlotte asked our viewers to send a picture of their father for a special tribute to dads, and boy, did we get a response. Our inbox was flooded with pictures and kind notes. All of them are special and we appreciate you sharing your family with us.

We wanted to highlight just a few of the incredible dads in our community.

You can tell us about your dad: Text us a photo and a short message to 704-329-3600. We may use your photo and message on WCNC Charlotte news and here online.

A FIRST FATHER’S DAY… 39 YEARS IN THE MAKING

It’s a very special Father’s Day for Carmen Patawaran from Lincolnton and her father, Eddy Falcon. It’s the first Father’s Day the two will celebrate together. The pair just found each other thanks to ancestry DNA. After 39 years, they have a lot of catching up to do but daily phone calls have helped make up for lost time. Patawaran and Falcon won’t physically be together this Father’s Day because of distance and COVID-19, but when they do see each other they have a lot of interests in common to keep them busy. The two have realized they like the same foods, love to travel and even laugh the same way.

MORE THAN JUST A FATHER

Credit: Courtesy his daughter Melinda
Melinda in a childhood photo with her father Ron Woods.

Melinda sent us a picture of herself and her father from childhood. She remembers her dad, Ron Woods, stepping up to play the role of dad and mom when she and her siblings were very young. Back then, she says, it was not common for a man to take on such responsibility, but Woods did it eagerly. Through those years of raising his kids, Melinda tells us that Woods instilled “many wonderful qualities such as kindness and respect” in his kids. To this day, the pair have lunch together every month. One of their favorite spots is Dynasty Buffet in Gastonia. They will celebrate Father’s Day together… six feet apart.

A FATHER & A TEACHER

Imagine spending hours making videos of yourself playing the guitar so your son could watch and learn how to play it. That’s what Kenton Shaw did for his son, Robert. The older Shaw shot close-up videos of his hands and wrote down songs note by note so his son could master the instrument when he was young. The lessons didn’t stop with music. Robert says his father taught him to play sports too. He has many fond memories playing football, basketball and golfing with his dad. The two won’t be together on Father’s Day but Robert, a Mooresville resident, is making a trip to Pennsylvania next week to see his dear dad.

A LIFE LESSON FROM DAD

Credit: Courtesy Brittany Robinson
Brittany Robinson is spending her Father's Day away from her dad because of coronavirus restrictions. Robery Henry is hospitalized in Wadesboro.

It’s fitting Robert Henry always taught his seven children to “never give up.” He’s currently battling ALS and fighting a tough fight. Henry’s daughter, Brittany Robinson, says he’s always been the one to hold the family together and keep them smiling no matter the circumstances. Loving, caring and generous are all words Robinson uses to describe her dad. Henry is in a hospital in Wadesboro and due to COVID-19, Robinson won’t get to see him this Father’s Day, but she wants to make sure her dad feels the love and appreciation the whole family has for him.

A DIFFERENT KIND OF FATHER’S DAY

Alisa Ramsey told us this will be her first Father’s Day without her dad. Charles Halliburton passed away last month, just shy of his 81st birthday. Ramsey told us she draws comfort knowing he’s reunited in Heaven with the love of his life, Lucille. Halliburton was proud to be a former Tennessee State police officer and loved all five of his children dearly. He was an excellent cook and especially enjoyed baking bread for his children. Ramsey remembers her father as a man of many words and she and her siblings are convinced “Jesus has already heard his stories many times over.”

THE DAD WHO WEARS MANY HATS

Credit: Courtesy Temecka Bran
Lawrence Brand will be joined by his family for a Father's Day community fish fry at the church where Brand is a pastor.

Father to eight children, devoted husband, caring pastor, deputy sheriff… Lawrence Brand from Pageland wears a lot of different hats, but his wife tells us the one he wears best is DAD. Brand’s wife, Temecka, says after a busy day she tries tirelessly to convince him to relax but it never fails, she always finds him in the driveway shooting hoops with his boys. She says he works hard for his family, church and community every single day. This year the family will spend Father’s Day enjoying a community fish fry at the church where Brand is a pastor.

Tell us about your father

Text us a photo and short message to 704-329-3600. We will be using the photos during televised WCNC Charlotte newscast and here online throughout the day.

And to all of the dads out there: Happy Father's Day!

More stories about our dads

RELATED: "I don't want for this to take my father's life."

RELATED: 'One dance with dad?' | COVID-19 canceled her prom. That's when her father stepped in.

RELATED: VIDEO: Boy and grandfather 'want to break free' while jamming to Queen on video chat

RELATED: 'BBC Dad' is back and his kids are cuter than ever