North Carolina Attorney General, John Stein launched MorePowerfulNC.org in hopes the campaign will help empower people to prevent and fight against addiction in their own communities. 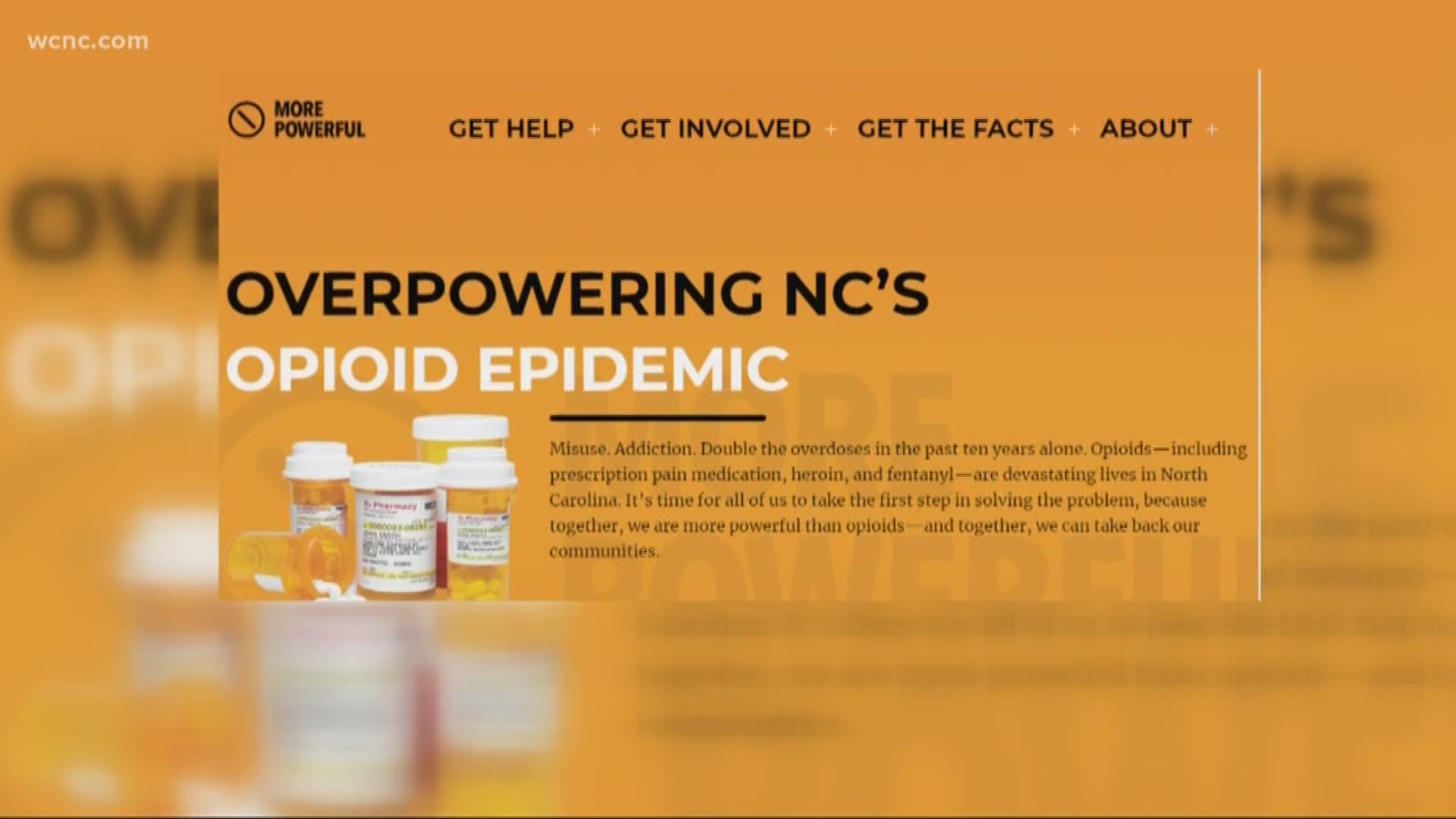 At an event held in Uptown Charlotte, North Carolina Attorney General, John Stein announced the launch of MorePowerfulNC.org, a statewide campaign aimed at educating the public on how to prevent and confront opioid addiction.

The hope is the campaign will help empower people to prevent and fight against addiction in their own communities.

“These are not numbers, these are human beings,” said Stein.

“He grew up with a love of family, love of sports,” says Dalton. “His claim to fame was he once beat Steph Curry in a free throw competition at Davidson McKillop Camp.”

But in 2018, Dalton said Hunter overdosed on Fentanyl.

“And I held my son's hand for 7 days in that hospital and he never regained consciousness and I held him as he took his last breath,” she said.

Part of the More Powerful N.C. campaign includes syringe exchange programs, the promotion of a prescription tracking system and educating the public that most people who abuse prescription drugs get them from friends or relatives.

Stein said a big part of this campaign is also prevention, saying the site helps people navigate through alternatives to prescription pain pills, like Vicodin, Oxycontin, Percocet, Opana, and morphine so they never get addicted in the first place.