Judy Williams supported thousands of grieving families over the past 25 years. 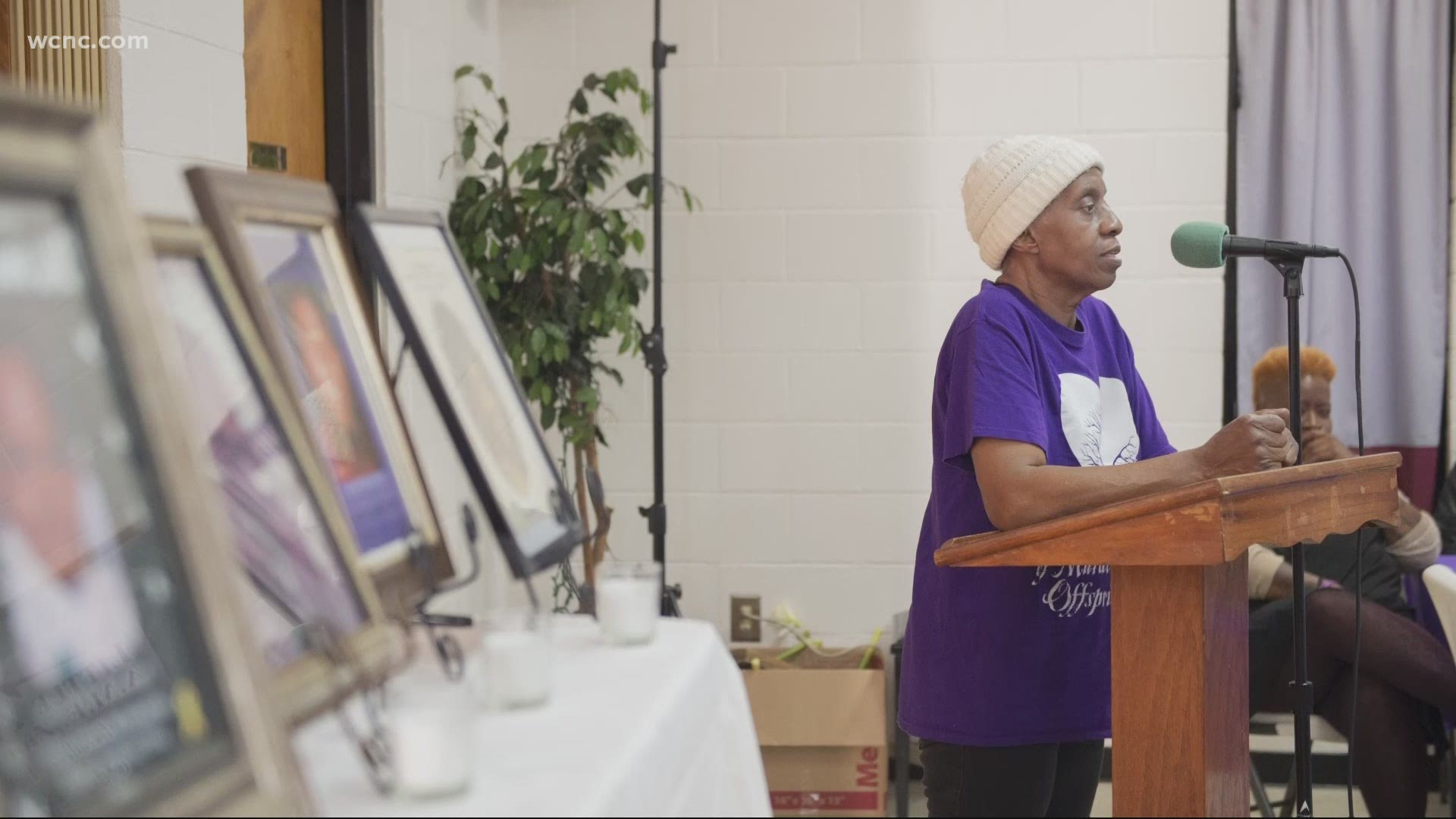 CHARLOTTE, N.C. — The Charlotte community is mourning the loss of a dedicated advocate. Judy Williams, the co-founder of Mothers of Murdered Offspring, died of cancer over the weekend. For more than 25 years, she made a profound impact on the families of murder victims and helped create violence prevention programs in the city.

In the worst moments of their lives, thousands of families in Charlotte could count on Williams and the Mothers of Murdered Offspring to help them through their grief.

Those who knew Williams best hoping she'll be remembered as being part of the solution.

1993 was the deadliest year on record in the Queen City. It was the same year Williams was grappling with the brutal murder of her goddaughter. In her grief, she realized there was no support group in the city, inspiring her to help others suffering through the same pain.

So she helped create Mothers of Murdered Offspring.

“It’s part of the healing process for families and that's what we're all about is trying to help people move on with their lives,” Judy Williams told WCNC Charlotte in 2013.

For almost three decades, she was there for those families.

RELATED: 'We just need to love each other' | Remembering Charlotte homicide victims of 2019

“She was just so thoughtful, so caring and everyone really mattered to her,” said Lisa Crawford, the administrator of Mothers of Murdered Offspring.

Williams helped plan thousands of candlelight vigils and annual balloon releases to remind those grieving MOM-O was still there to support them. She touched the lives of so many people in the community.

Over the weekend, Williams lost her battle with lung cancer. It's a profound loss to our community, she was a fierce advocate to end violence.

This year, the city is approaching the record set in 1993.

Lisa Crawford, who has partnered with Williams for 20 years, said most homicide victims know their killer and the people around them have to get involved before the situation turns violent.

Williams left a roadmap for MOM-O to follow but Crawford says they need help. They need volunteers to continue getting involved to make a difference in the community.

A public candlelight vigil is planned for Friday at 6 p.m. in Marshall Park. Everyone is welcome and masks are required.