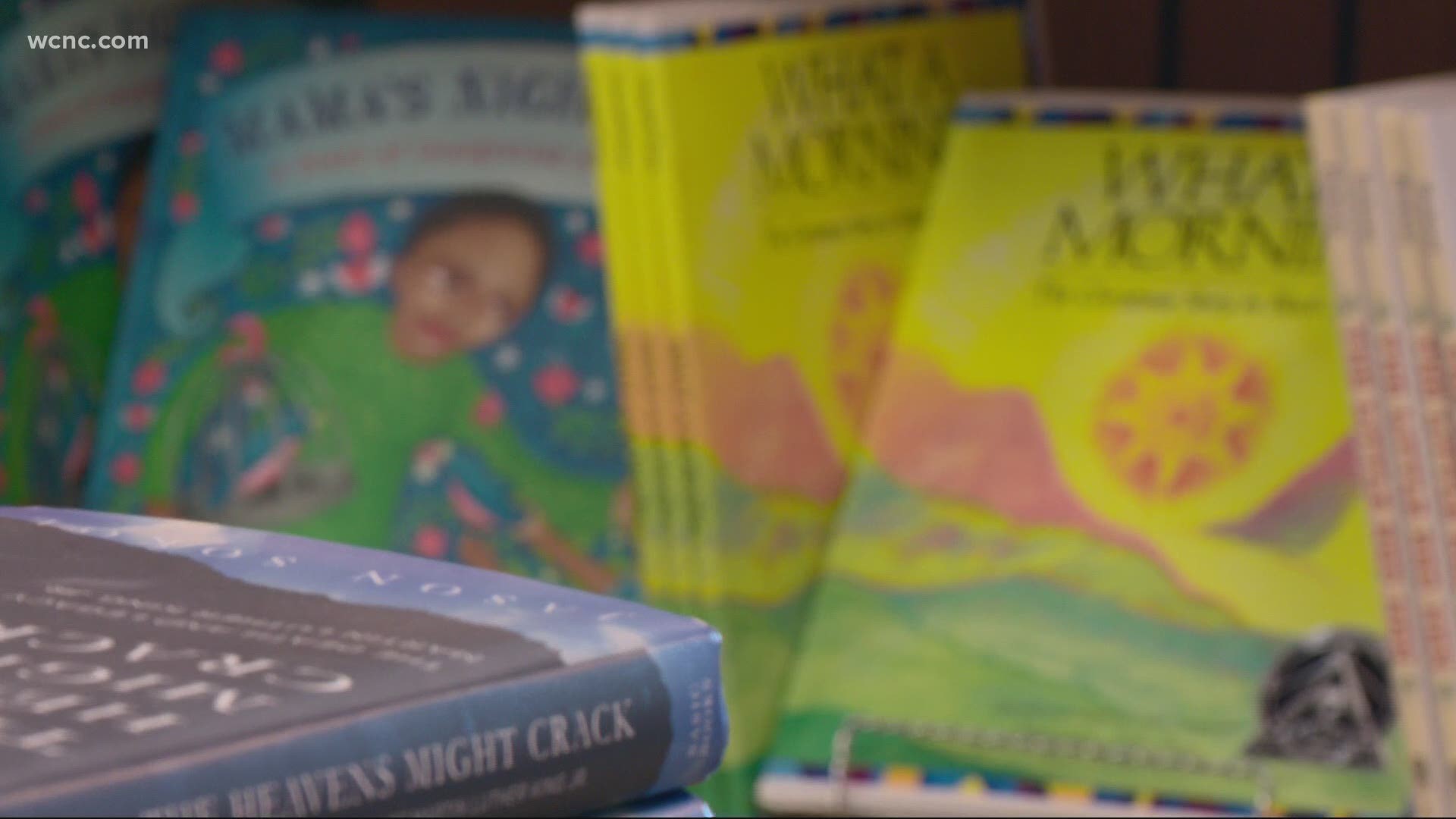 CHARLOTTE, N.C. — What first started as an online business the Urban Reader has now grown into an entire bookstore in Charlotte specifically showcasing Black authors and celebrating Black voices and perspectives.

"My friends were asking about the race relation issues that we have and I said there’s books out here for it," Spencer said.

Not only is the bookstore filled with thousands of books written by Black authors, but there's also Black artwork throughout the store highlighting historic and sometimes forgotten icons like James Baldwin.

“His voice was oppressed and I thought a way to honor him and the greats is to put his words in the bookstore so they can be seen," artist Tajmah Allison said.

But the representation doesn't just stop at the Black perspective. Urban Reader Bookstore also has a collection called "Own Voices" that highlights other cultures and international ethnicities including Hispanic, Asian, and even LGBTQ communities.

“It’s very much needed," Allison said. "Not only in Charlotte but all across the country.”

Yet setting up the bookstore in Charlotte didn't come easily according to Spencer. She says she ran into several roadblocks over the last year dealing with brokers.

“Hey I want to open a bookstore they say ‘great’ and then they start going into detail. I say I'm an African American bookstore then I get pushback," Spencer said.

But the pushback turned into payback after Urban Reader hosted a grand opening recently that Spencer says received a warm welcome.

“This is just an outlet for everybody I think.”