New rules for teenagers at Concord Mills Mall are underway

Anyone under 18 must be accompanied by a chaperone who is 21 or older starting Friday. 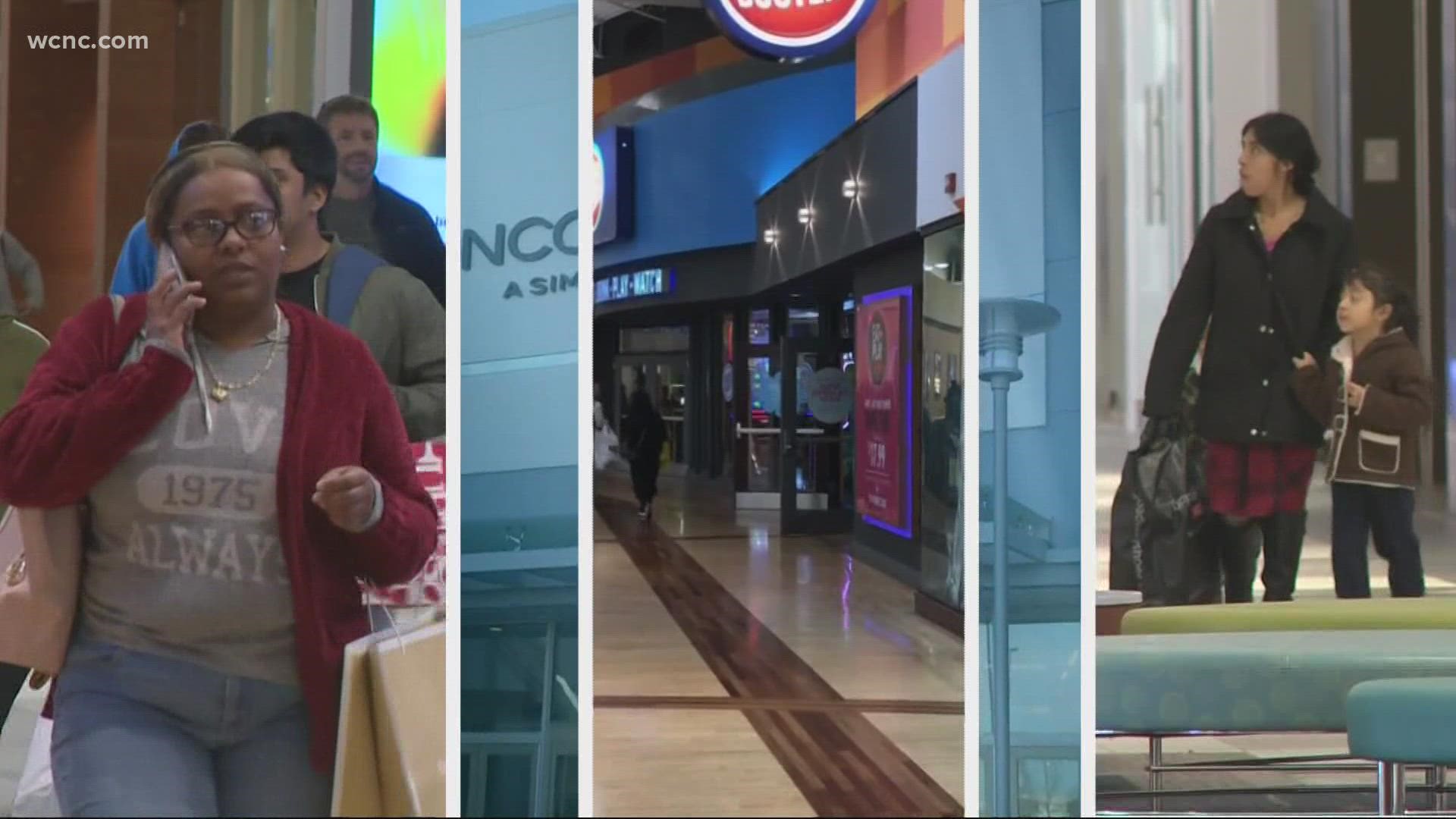 CONCORD, N.C. — Already underway are new rules for teenagers at Concord Mills Mall. Starting at 3 p.m. on Fridays and Saturdays, anyone under 18 must be accompanied by a chaperone who is 21 or older.

"The reputation is not so good," Concord resident, Catherine Sostre, said.

Sostre says it's gotten to the point where she can't come to the mall whenever she wants to.

To combat that, now on Fridays and Saturdays from 3 p.m. on, anyone under 18 must be accompanied by a parent or someone over 21.

"It's a move in the right direction, positive direction, I believe if this policy is implemented properly it's going to reduce if not eliminate the type of juvenile disorder we've been seeing," Concord Police Department Deputy Chief Jimmy Hughes said.

There have recently been fights forcing the mall to close early and in 2019 the death of 13-year-old Aveanna Propst. She was struck by a stray bullet outside of Dave and Busters.

"It's horrible how it's escalated over the last, it's almost become common practice," Concord Mills Mall shopper Christopher Alberty said.

Now, it all comes down to the enforcement of the new policy. The Concord community hoping it will make a difference.

"The community and law enforcement coming together, that is what reduces crime," Hughes said.

"Bring parents and children together instead of just dropping your kids off and just leaving them at the mall to take care of themselves," Sostre said.

If you don't have a guardian mall security will ask for proof of I.D. If you don't have one or aren't over 18 years old, you will be asked to leave and if you don't that's trespassing. The Concord police will get involved.