“Last week we gave away 300 boxes, we doubled that this week. So now we’re having 600 boxes because the need was so great." 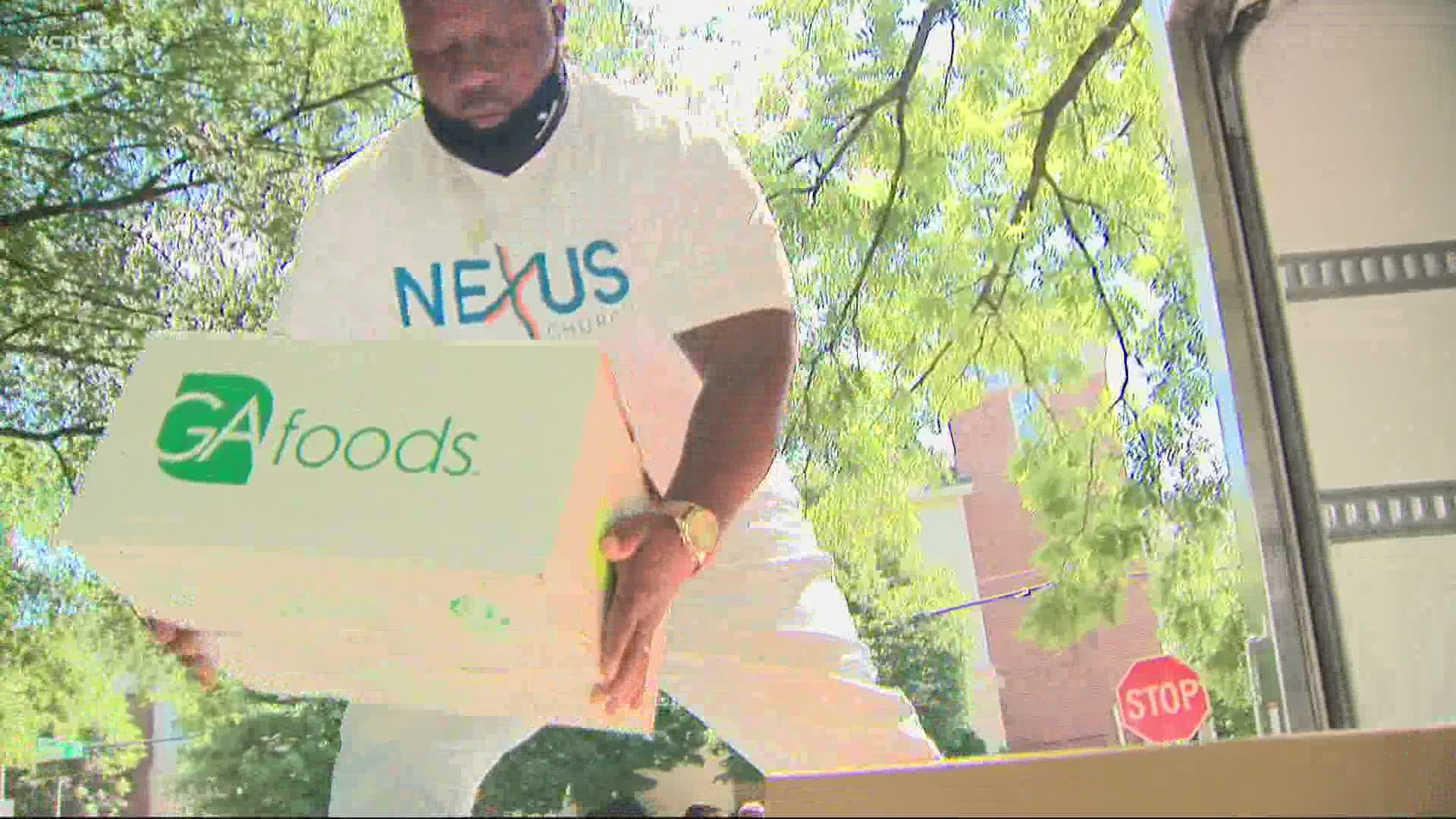 CHARLOTTE, N.C. — Although many people have returned to a new sense of normal since the beginning of the pandemic, there are still a lot of people in need.

“We always want to be the hands and the feet of Jesus,” said Horatious Harris, the lead pastor of Nexus Church in Charlotte.

This Sunday was the third week the church has done it, and Harris said it’s been bittersweet.

“You’re excited that you’re blessing people, but at the same time you look at so many people that are in need,” Harris said.

Harris says they have had hundreds of people show up, and the numbers are only growing.

“Last week we gave away 300 boxes, we doubled that this week," Harris said. "So now we’re having 600 boxes because the need was so great."

Harris said they’ve given to people who he believes may ordinarily have been doing fine outside of the pandemic.

“There are some people who just they’ve been furloughed they’ve been laid off, and they may have funds to cover other things but food is something they’ve been making an option,” Harris said.

Harris said people have come from as far as Monroe and Statesville hoping to get a box in time.

“The sad part about it, last week we ran out of food and someone had driven from that far,” Harris said.

The church is planning to keep doing this for at least another month, Harris said, and anyone is welcome.

Harris says they don’t want to do this alone, though, and hopes to get other ministries on board to help.