Pastors echoed calls for continued peace among protestors in the city. 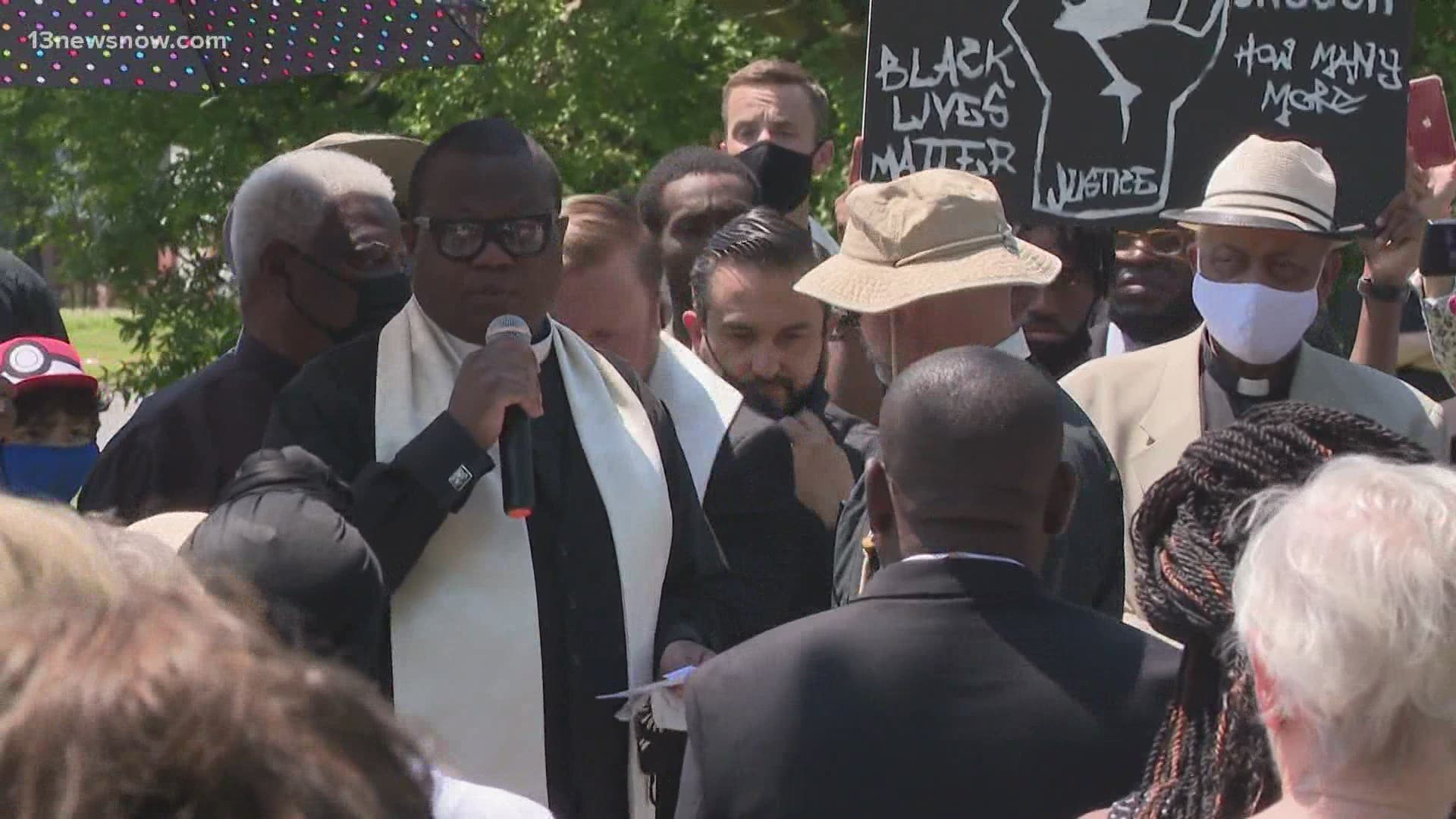 ELIZABETH CITY, N.C. — The streets of Elizabeth City were busy and loud Wednesday afternoon, but peaceful.

His death has sparked dayslong protests and thrust the small North Carolina town into the national spotlight.

Residents of Elizabeth City, led by church leaders of different congregations and religions, joined together in a unified prayer for justice in the high-profile case.

The peaceful demonstration comes a day after church leaders gathered at the steps of A.M.E. Zion and declared a "moral emergency."

“So important for the community to know that clergy are standing with them. People of faith stand with them," Rev. Michelle Lewis told 13News Now on Wednesday.

Pastors of all races and backgrounds delivered sermons at the corner of Perry Street and Roanoke Avenue, and in the middle of their march came the news of a judge denying the public release of unredacted body camera video.

While the family will be allowed to view the footage within 10 days, the public will not for several more weeks.

“I would ask what are they trying to hide, whenever someone is in commission of a crime, there’s no problem showing body cam footage," Lewis asked.

“My first concern, will that cause people to be disheartened or angry? My first concern is it turning violent," said a reverend who travelled hours away from Greensboro, North Carolina.

Protestors have continuously called for transparency since deputies shot and Brown last week, demanding the unedited footage be publicly released.

Family attorneys said an independent autopsy concluded Brown was shot a total of five times, including once to the back of the head.

To date, the family has only been allowed to review a roughly 20-second snippet of the body camera footage, which has come under scrutiny from family attorneys and the public.

“We talk about peace, but there’s no peace without justice. No justice without accountability and transparency," Lewis said.