Both events come after a 5-year-old named Amani Barringer was shot and killed Wednesday. A 14-year-old was charged with involuntary manslaughter in the case. 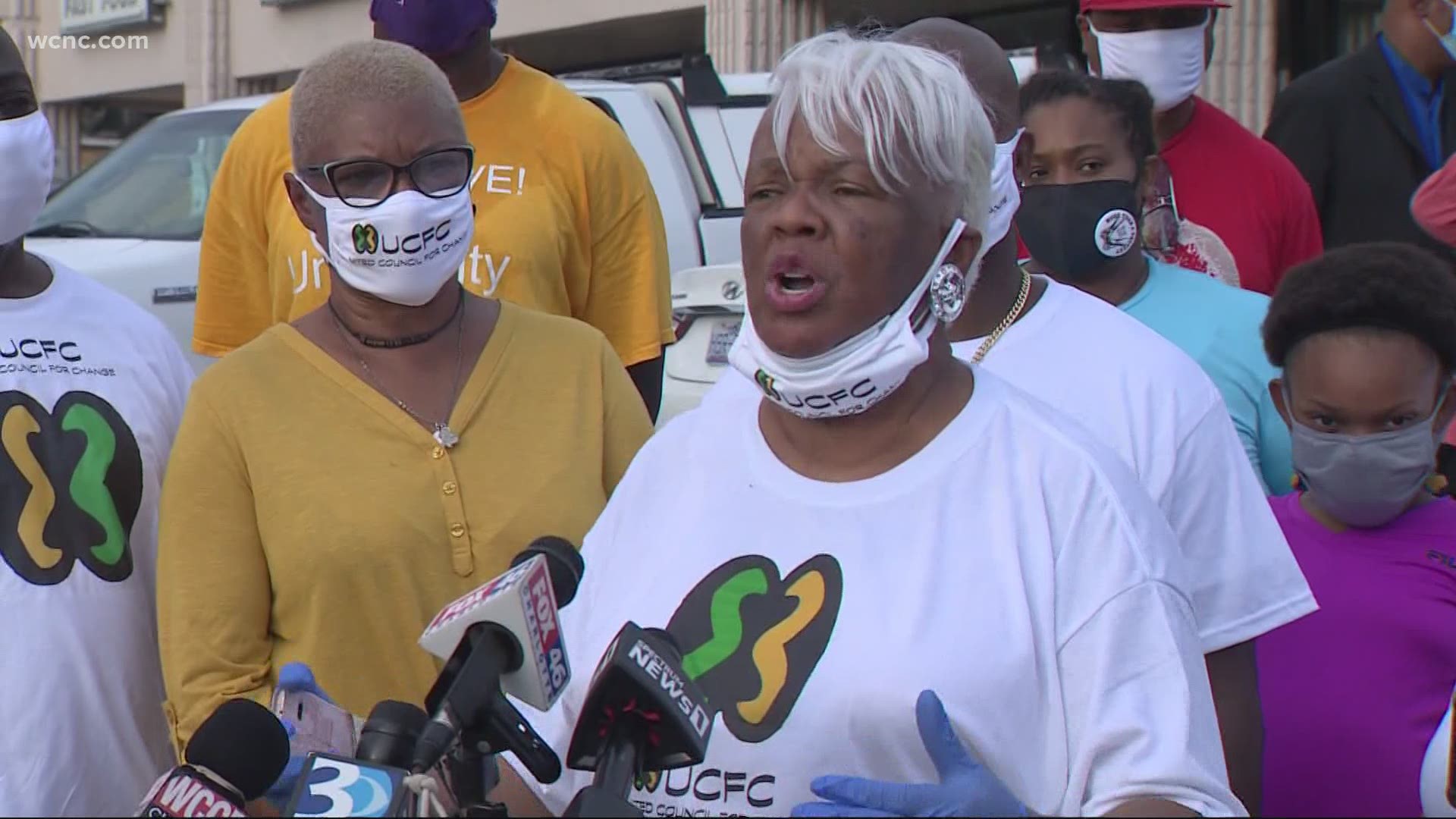 CHARLOTTE, N.C. — Saturday afternoon, a group called the United Council for Change hosted a community sit-in to address several issues it sees in the Charlotte community, including gun violence.

The sit-in took place on Catherine-Simmons Avenue, an area considered one of Charlotte's deadliest stretches.

People in attendance who live in the area said they feel that change will start with more police officers patrolling the area — and not just after a shooting.

Charlotte-Mecklenburg Police Department Chief Johnny Jennings was in attendance at the event. He told the group he hears the community's concerns.

"You are to hold us accountable," he said. "When we say that, we mean it."

Earlier in the day Saturday, another group hosted a march called Stop Killing our Children. it took place on Wendover Road.

Both events come after a 5-year-old named Amani Barringer was shot and killed Wednesday. A 14-year-old was charged with involuntary manslaughter in the case.  An adult was also charged with not securing the gun.

The march was to bring awareness to the tragic reality of kids being killed — accidental or not — and to demand better. Mothers of Murdered Offspring said they understand gun rights but they feel more needs to be done.

Just last month, two 2-year-olds and a 7-year-old were shot, in part due to unsecured guns, in the span of just 5 days.

"We need our gun owners to be more responsible," Lucille Puckett, a Stop Killing our Children March attendee, said. "We need to teach our young people about having these guns or if they see a gun what to do, we need our young people to know to go and get an adult, don't pick that gun up."