Let Me Run, a nationwide running program that was started in Charlotte, works with boys in 4th through 8th grade around the country. 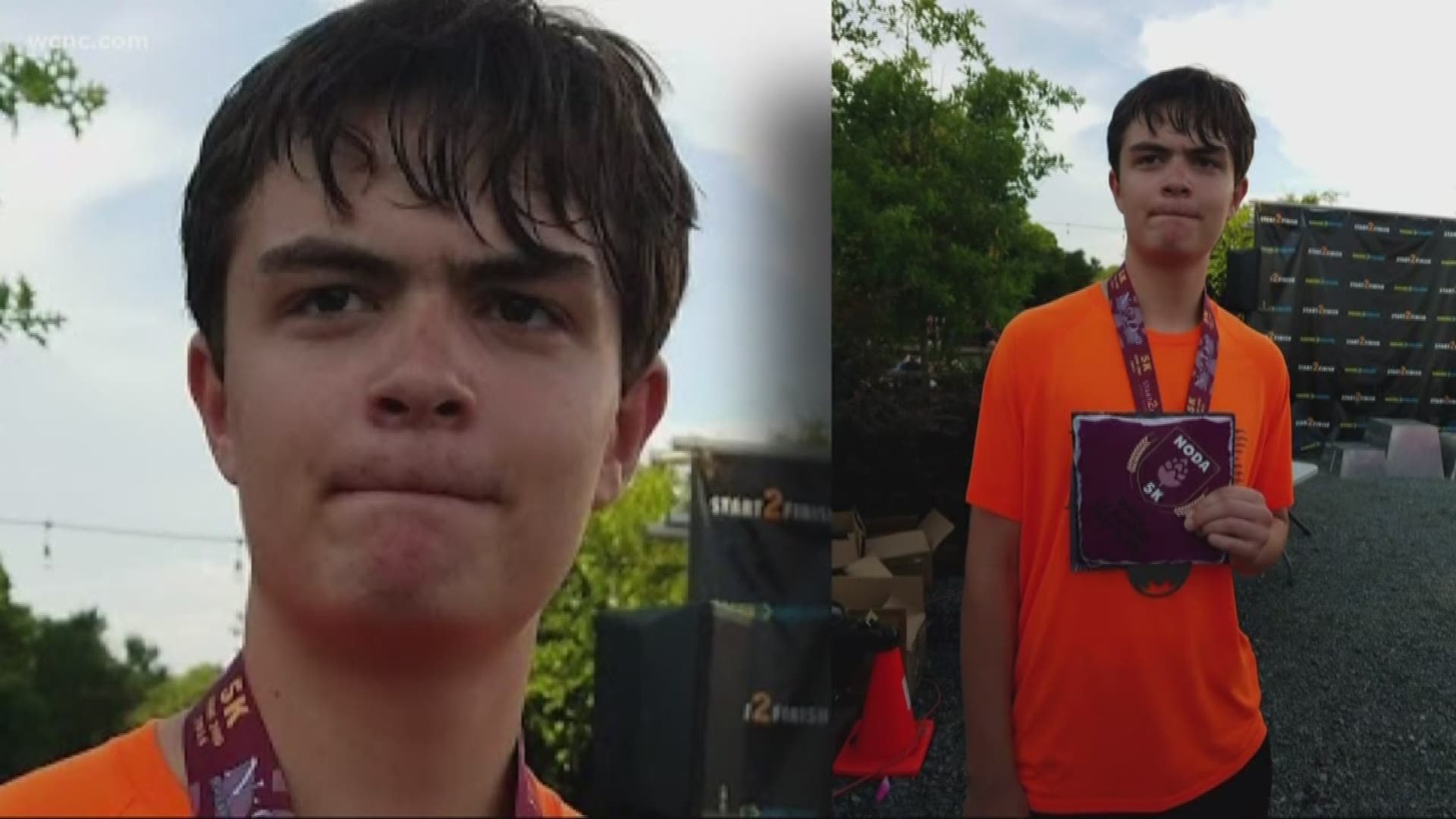 CHARLOTTE, N.C. — A Charlotte-based running program is about to celebrate 10 years of changing young boys lives in a very powerful way.

They’ve been working with students with autism, and the family of one teen says the Let Me Run program has literally transformed their autistic son.

Hugh Love never misses one of his son Marshall's races

"He has been absolutely amazing in what he's been able to accomplish," he said.

He’s a proud dad -- but not quite for the reasons you might think. Marshall has high functioning autism.

"While he is able to function well in the classroom, in interpersonal things he struggles quite a bit," Hugh said.

But that is suddenly changing, thanks to Let Me Run – a nationwide running program started in Charlotte that works with boys in 4th through 8th grade around the country.

"We use running as a tool to teach goal setting -- build character, teach kids how to get along with each other,"  Let Me Run Director Jay Seago said.

Marshall loves being out with the other kids and feeling like a part of a team.

And he’s fast -- really fast – something no one saw coming.

A year after he ran his very first 5K, the Let Me Run 5K, Marshall won it, beating out a thousand other kids

But his dad says the real win was seeing his autistic son really relate to people.

"After races, he’s very interested in giving high fives and congratulating other people and really looking at things from their viewpoint which is often a struggle for kids with autism," Hugh said.

His dad is incredibly proud, but he says it's more than just bragging on his son's accomplishments.

"I also want to share the success story with other parents who have kids with autism," Hugh said. "Running [is] such a great benefit."

Marshall loves running so much that he and his dad are at a Charlotte-area race every weekend.