As people in Florence, South Carolina mourn the loss of Sgt. Terrence Carraway, the tragedy is all too familiar for the Doty family in York County. 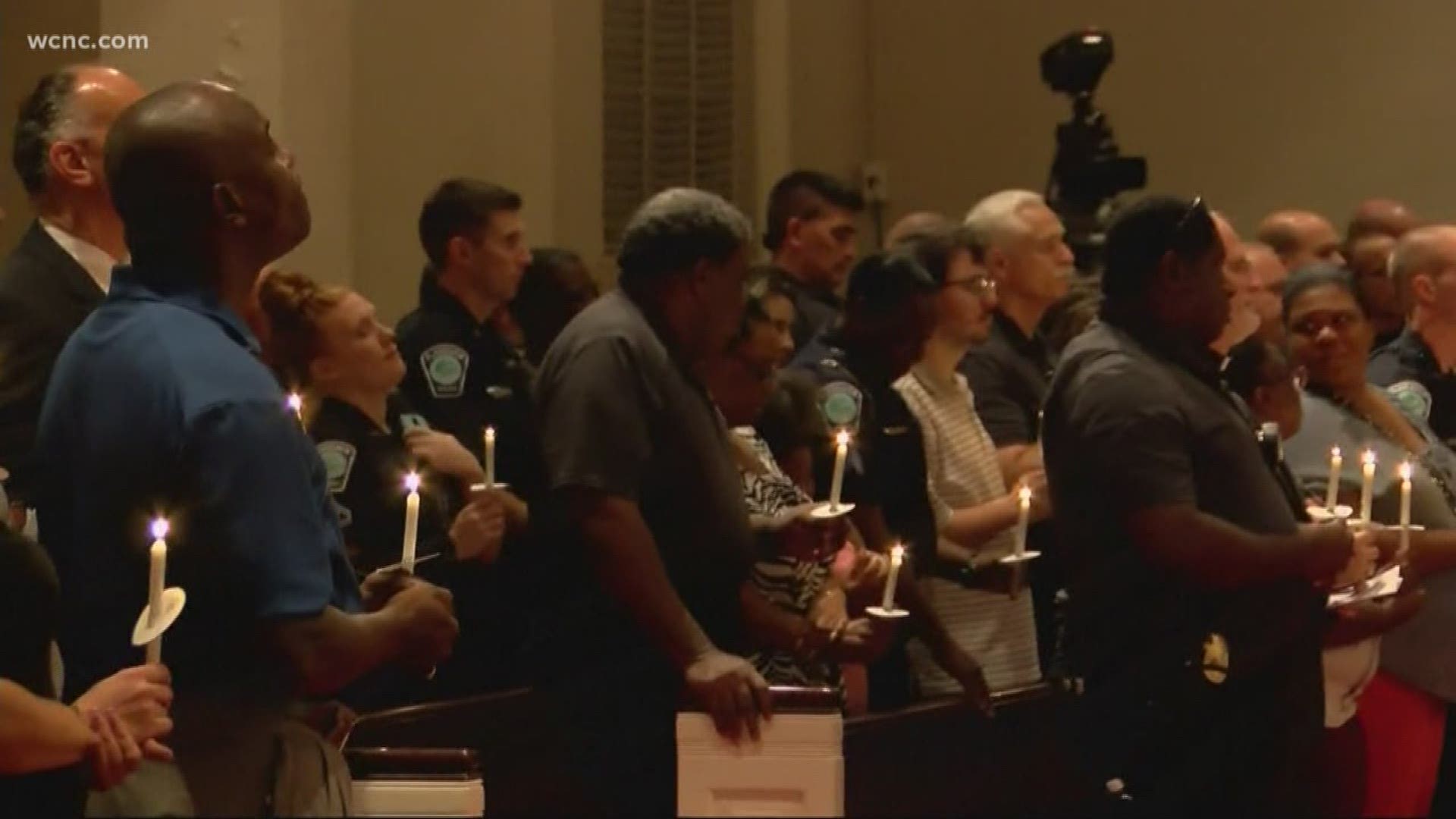 FLORENCE, S.C. -- As people in Florence, South Carolina mourn the loss of Sgt. Terrence Carraway, the tragedy is all too familiar for the Doty family in York County.

Detective Mike Doty with the York County Sheriff’s Office died in January after responding to a domestic violence call.

"They’re in our thoughts and prayers,” said Bob Doty, detective Doty’s father, about the shooting in Florence. “We're touched by that tragedy, and it reminds us of what we're facing."

In the months following Doty’s death, his friends and family have worked to honors his memory by forming the 809 Foundation. The 809 represents Doty’s call number.

"There's a lot of good that's come in the aftermath of a very challenging tragedy that our family has and friends have experienced,” Bob said.

Lisa Moseley was a friend of Doty’s and is the co-founder of the 809 Foundation. She said Doty was a friend to everyone, loved deeply and was heavily involved in the community.

When Doty died, Moseley said there was a void left to be filled in the community.

“There were people that he helped move furniture, that he would go and give a ride to, that he would take clothes to,” Moseley said. “And without him here, there was just a gap.”

Friends and family are now turning their pain into action, using the 809 Foundation to help support Doty’s passions.

The 809 Foundation presented a $10,000 check to Keystone Substance Abuse Services Thursday night since Doty was passionate in his support of substance abuse prevention and rehabilitation.

"He was very passionate about helping people get past opioid addiction,” Bob said. “He realized that it was such a problem in society today."

The Doty family said faith has helped them through the hard times in the last year as they choose to forgive the man who took Mike from them.

"It's not healthy not to forgive, and we can't expect forgiveness ourselves if we don't practice our faith,” Bob said.

Friends and family said the community support they received from the night Doty died and throughout the year has helped give them the strength to continue with their mission to honor his legacy.

Now, they offer their own support and condolences to the community and law enforcement agencies in Florence as they go through a similar situation.

"Our hearts are with Florence right now,” Moseley said. “Our thoughts and our prayers with them cause we've been there. We've walked through this."