While speaking at the memorial for George Floyd, Hoke County Sheriff Hubert Peterkin said that seeing law enforcement kneeling at protests is not enough. 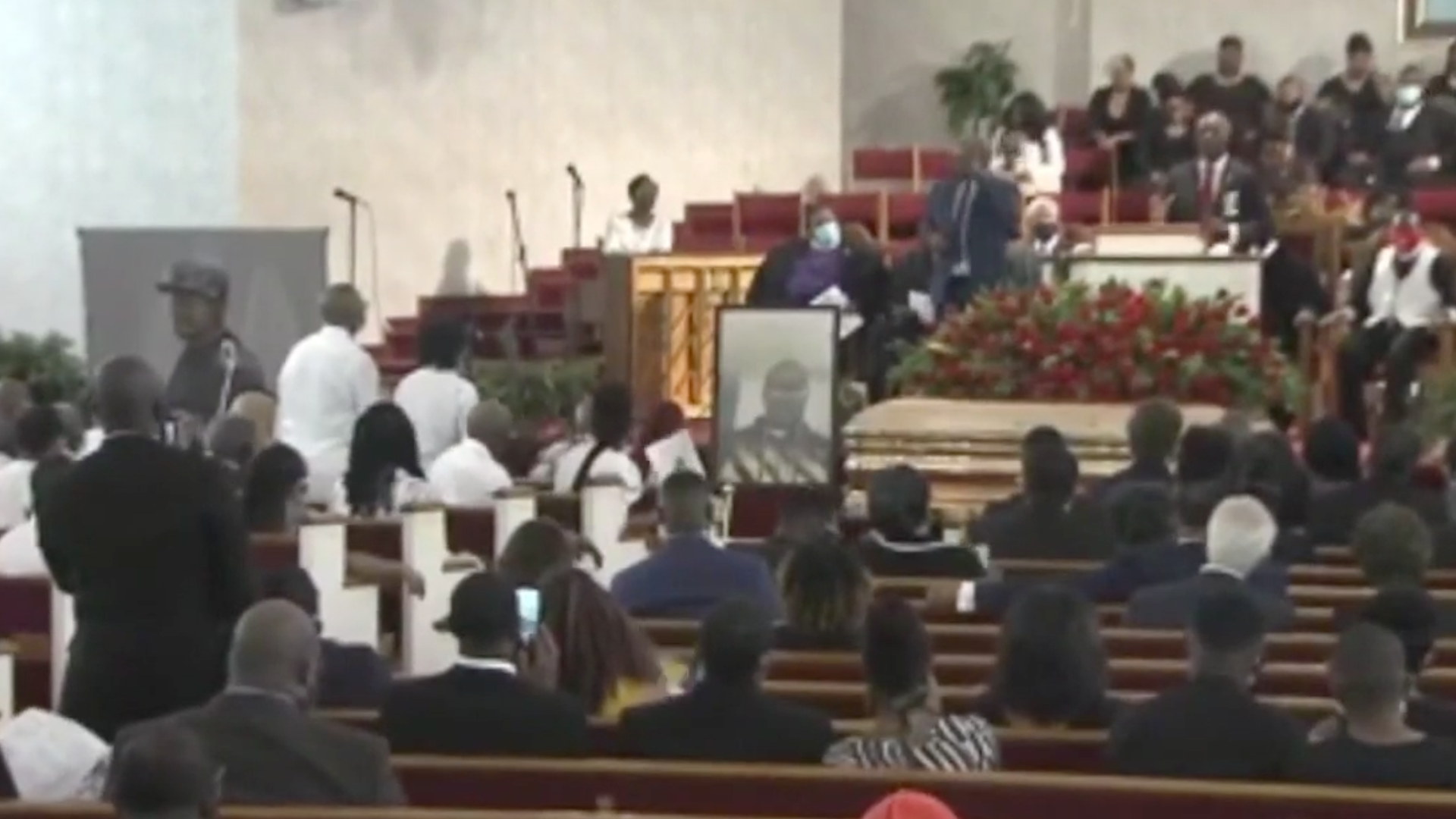 HOKE COUNTY, N.C. — A memorial was held for George Floyd in his North Carolina hometown in Hoke County on Saturday, 12 days since his death while detained by police in Minneapolis

At the memorial for George Floyd in his North Carolina hometown Saturday, the local sheriff called for change, saying law enforcement needs to remove unjust officers and listen amid the protests nationwide.

Hoke County Sheriff Hubert Peterkin spoke on his experience being a black man in law enforcement and watching the world respond to Floyd's death over the last two weeks.

"I am a black man first, then law enforcement," Sheriff Peterkin said.

He said if four black men threw a police officer on the ground and one of the men put a knee on an officer's kneck, killing him, "there would've been a national manhunt for all four of them."

Peterkin intentionally spoke beyond his two-minute limit, with applause from those in attendance, so he could get his message out. He said there are a lot of good police officers all over the world, but even a small amount that is "bad" is too much.

"We can't afford to have 1 or 2% doing the mess that we're doing right now," he said. "We walk around with all this power, and there needs to be some house cleaning, I didn't say spring cleaning, spring cleaning means you're dusting and spraying. You need to take out the trash."

The sheriff called on law enforcement to do something to fix it when they see it — starting with listening to the people who are mad. He said while he doesn't condone burning buildings, escalations or violence at protests, that the young people who are demonstrating need to be listened to.

Acknowledging those who defend the actions of the four former Minneapolis officers charged in Floyd's death, Peterkin said he doesn't care what Floyd did.

"We as law enforcement officers don't have the authority to bully, push people around, and kill them because we have on a badge and a gun," he said.

Peterkin's upset because he knows a change is needed. The young generation, he says, will lead the change that so many have waited for.

"Don't let the life of George Floyd be in vain," Sheriff Peterkin said. "It has become a sacrifice. We are part of the problem."