The shooting led to a chase across D.C., police say. 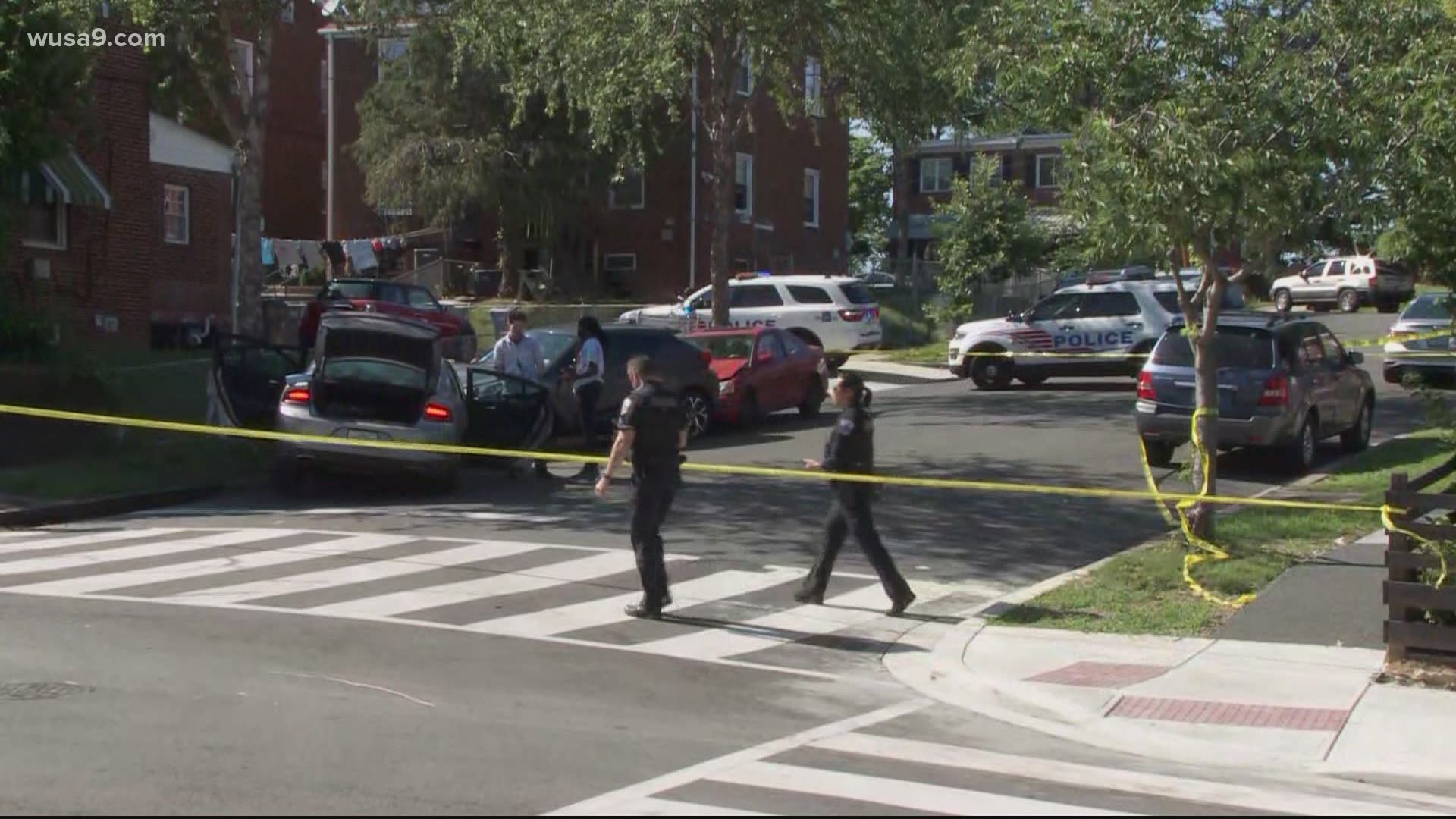 WASHINGTON — Two people were hurt in a drive-by shooting at a construction site in Northwest D.C. Thursday afternoon

According to DC police, the shooting took place just after 2:30 p.m. at 34th and Macomb Streets, NW.

Assistant Police Chief Andre Wright said officers observed a silver Dodge Charger occupied by four people fired dozens of bullets from the car, striking two adults – one was struck in the arm, the other was struck in the leg. Both men suffered non-life-threatening injuries.

Officers pursued the car with the help of a helicopter through DC. The pursuit eventually ended in the 4300 block of Chaplin and F Streets, SE when the Dodge Charger crashed into an unoccupied vehicle on that street.

Assistant Chief Andre Wright provides update to shooting at 34th and Macomb St NW that led to a pursuit that ended at Chaplin and F St SE https://t.co/aEMEfXlT7T

Wright said all four suspects, one of which is a juvenile, attempted to run from officers. All four were later caught by D.C. Police. Multiple firearms were recovered from the suspects, Wright said.

There were no injuries to the suspects or officers involved in the arrest or chase, Wright said.

The victims of the shooting at the initial scene are conscious and breathing, according to DC Police.

One neighbor tells me there were so many gunshots she thought they were fireworks at first. She walked outside to see the contractors working at her home crouched on the ground. She was taken aback because she said it was the loudest noise she’s ever heard living in DC. @wusa9 https://t.co/aJPi4efgYu

There is not a clear motive as to what lead to the shooting.

This is a developing story that will be updated once more information becomes available. Stay with WUSA9 for the latest.