The firings came after videos showed two students being taken into custody during a night of protests in the city. 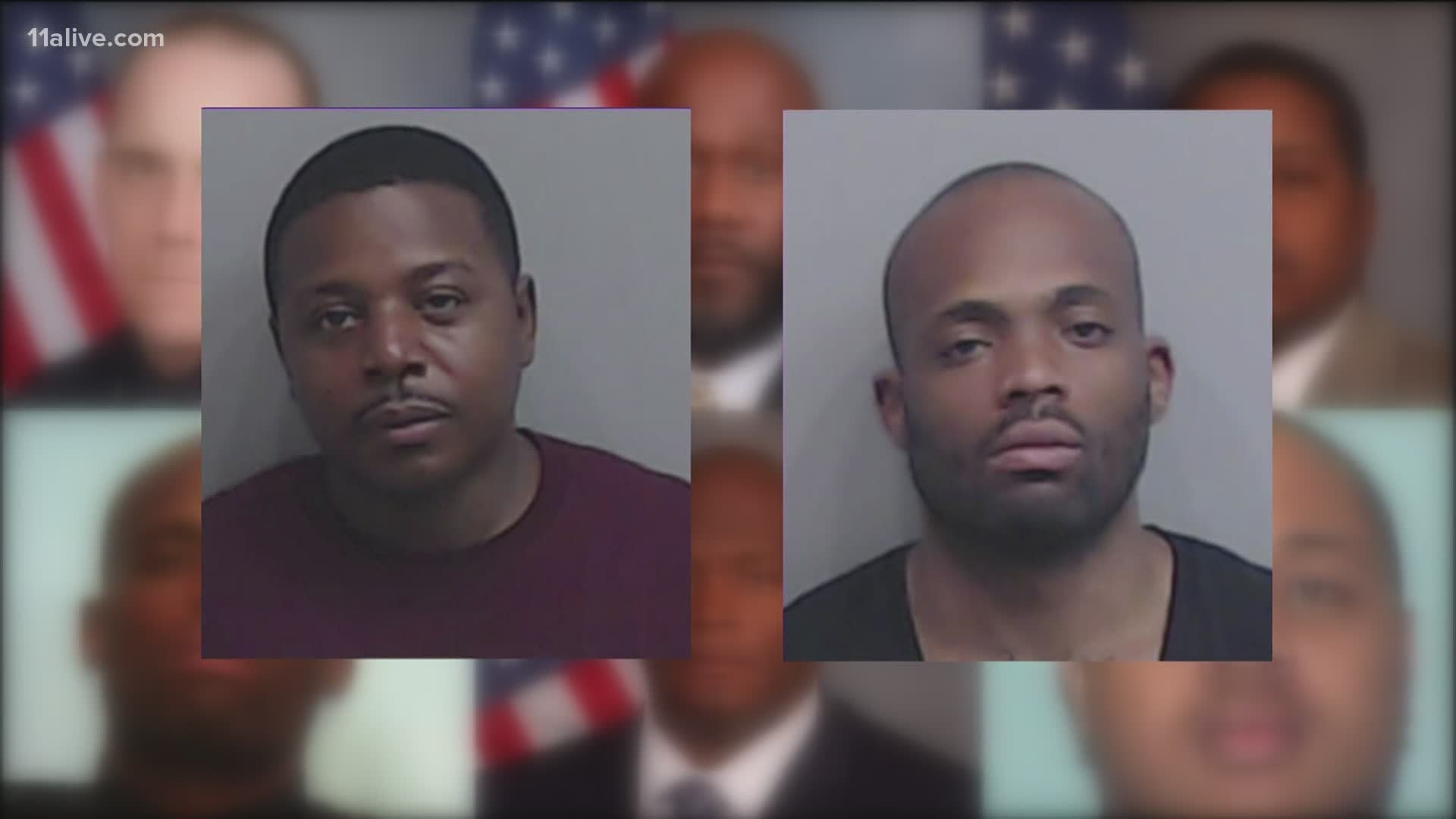 ATLANTA — Atlanta Police Chief Erika Shields and Atlanta Mayor Keisha Lance Bottoms did not wait very long to fire two officers involved in an incident where two college students were pulled from their car and tased. The incident happened on May 30 and two officers were fired the next day.

Armon Jones and Lonnie Hood were relieved of their duties on Wednesday. Mark Gardner and Ivory Streeter were fired the day after the incident. Two others, Roland Claud and Willie Sauls remain on desk duty and all six have been criminally charged.

The charges and firings came after videos showed Taniyah Pilgrim and Messiah Young being taken into custody. Bodycam video shows the two riding in a car near the downtown ferris wheel. It shows police on foot chasing the car, breaking a window and tasing the two occupants before pulling them from the car. Fulton County District Attorney Paul Howard described it as a "vicious act."

According to arrest warrants, Jones' aggravated battery charge says he "caused bodily harm to another, Messiah Young, by depriving him of a member of his body, by rendering a member of his body useless, his left arm, when he dragged Messiah Young from a parked vehicle and slammed him into a paved street." He also faces a point or aiming a gun charge.

RELATED: 'He said that he was going to shoot us' | Atlanta college students open up about frightening police encounter

In Hood's warrant, it states that he faces two aggravated assault charges for using a Taser against both Young and Pilgrim. A third charge, simple battery, states he "intentionally and without justification made physical contact with Taniyah Pilgrim, of an insulting or provoking nature, by violently pulling Taniyah Pilgrim out of a parked vehicle and throwing Taniyah Pilgrim down onto the paved street."

Wednesday, 11Alive spoke with Vince Champion, the southeast regional director for the International Brotherhood of Police. He believes the process was rushed.

“We’re still trying to figure out where was the due process? Where was the investigation," he asked.

Champion said he believes firings were a direct result of the current climate and protests and not actual due process.

A spokesman for the police department said "the investigation into the incident remains open" and that they would not provide any further details at this time.

Attorneys for Young and Pilgrim released the statement below:

"We are pleased that two additional officers with the Atlanta Police Dept. have been fired over their involvement in the horrendous case of police brutality May 30 against our clients, Taniyah Pilgrim and Messiah Young.

These college students were simply sitting in their car, stuck in traffic when they were pulled from their car, beaten and tased for no reason.

It is encouraging that Mayor Lance-Bottoms is making every effort to right a wrong that was obvious to all when watching the officers' body cameras.

We can't continue to allow members of law enforcement to recklessly abuse the citizens they are sworn to protect."

Atlanta Police Union says officers are scared, angry after 6 of their own are arrested amid protests

APD chief: Charges against officers a surprise, calls them 'political' as agencies assisting with protests pull out