2 shot, 1 killed outside a Hickory apartment 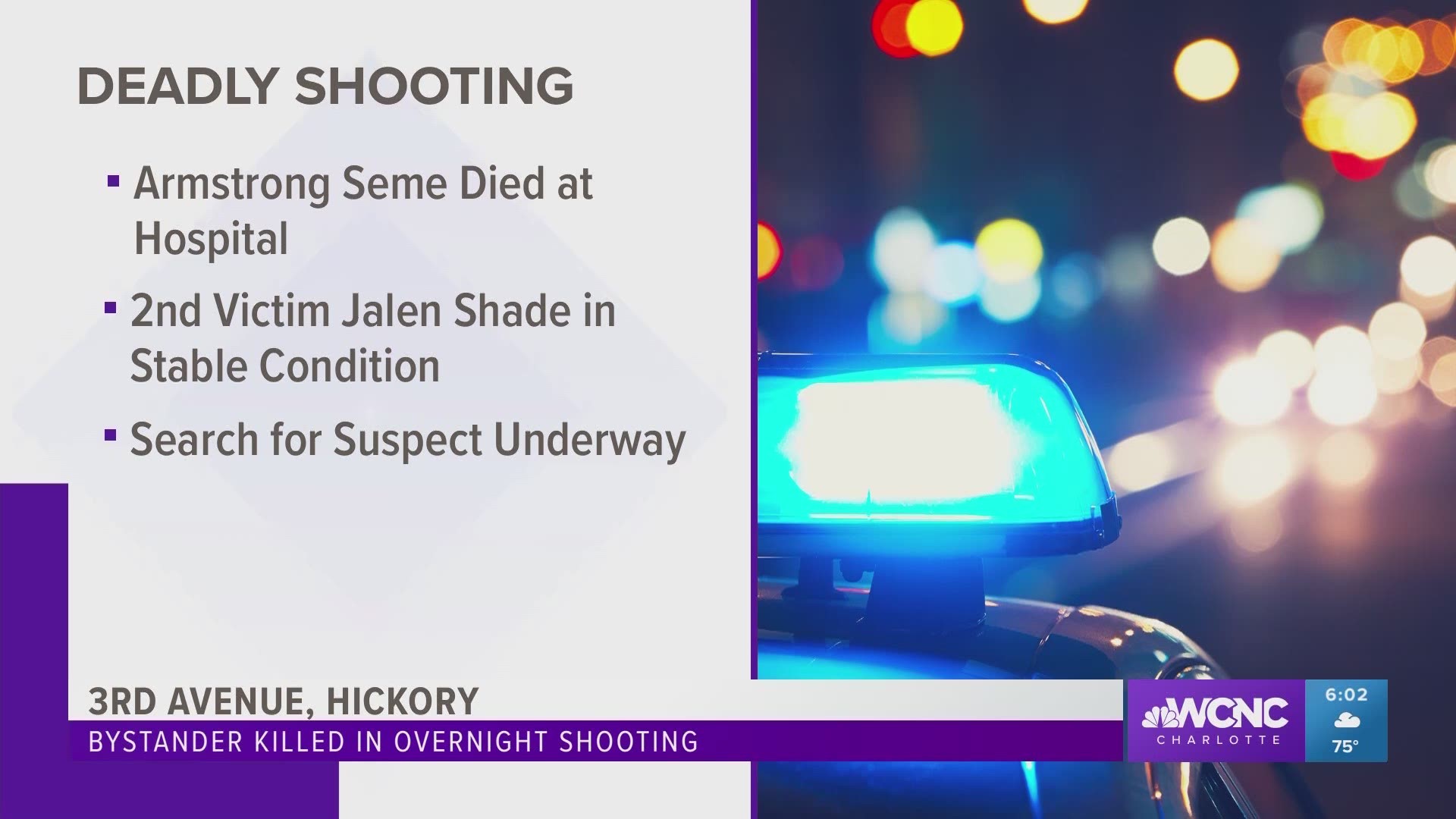 Hickory Police officers responded to a call just before 2:30 a.m. to Sunny Valley Apartments located at 98 3rd Avenue SE after a bystander stated that someone had been shot.

When officers arrived, they found 20-year-old Armstrong Seme injured from multiple gunshot wounds. Catawba County EMS responded and transported Seme to Frye Regional Medical Center for treatment where he died as a result of his injuries. A second person, 28-year-old Jalen Shade was transported to Frye Regional Medical Center by bystanders to be treated for multiple gunshot wounds prior to officers arriving on the scene. Shade was transferred to Wake Forest Baptist Medical Center and is listed in stable condition.

According to police, witnesses of the shooting stated that three males wearing dark clothing and "COVID type face coverings" approached Shade as he stood outside in front of Sunny Valley Apartments. One of the men spoke with Shade briefly before shooting him multiple times. Seme, a bystander was struck by several bullets as the suspect was shooting at Shade.

Hickory Police said it appears that the suspect knew Shade and targeted him.

Anyone with information regarding this on-going investigation is encouraged to call the Hickory Police Department at 828-328-5551.