The thefts made headlines in May when employees shared photos with NBC Charlotte showing the men filling duffel bags with bras and underwear. 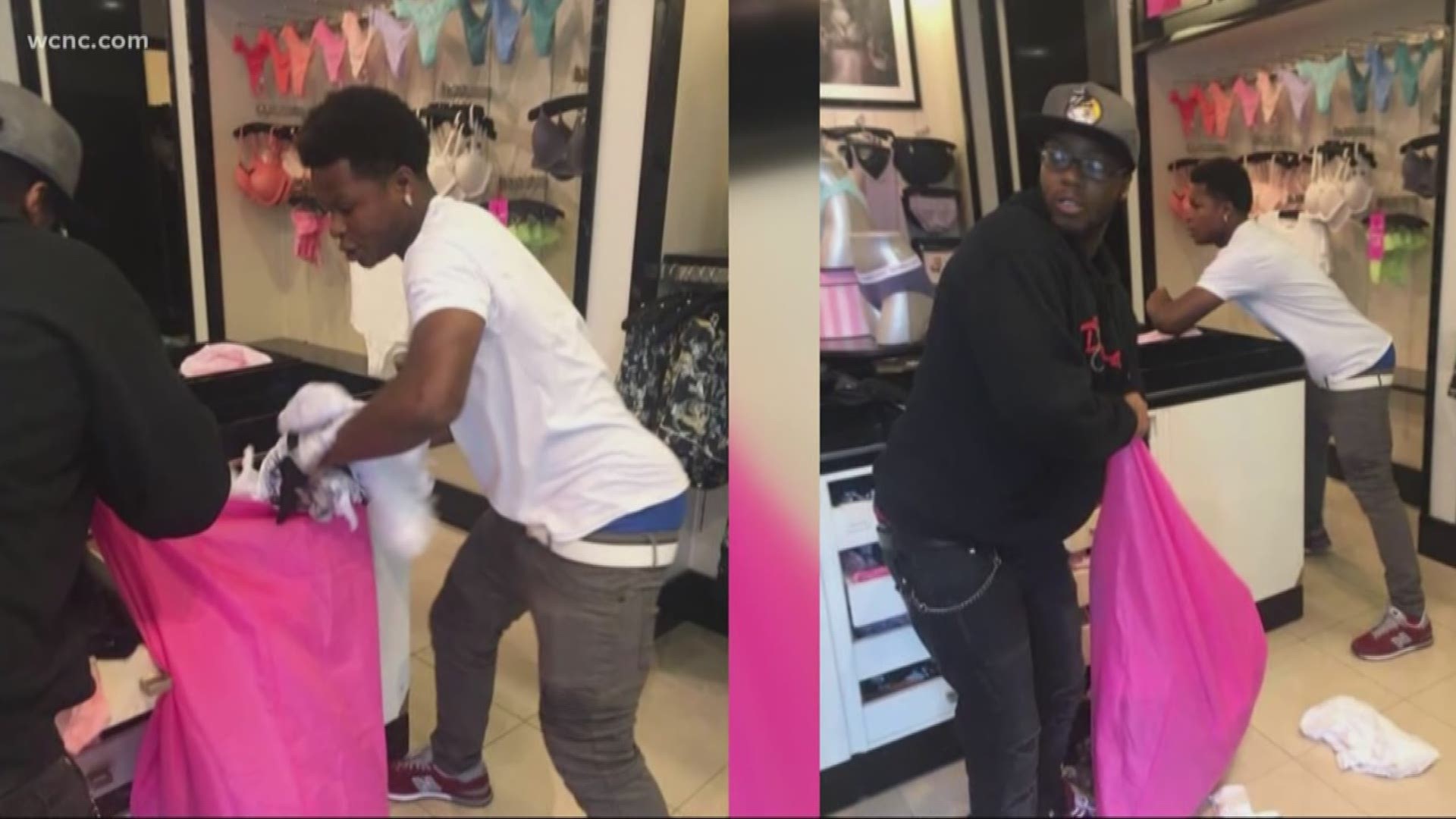 CHARLOTTE, N.C. — Three men were accused of shoplifting from the Victoria Secret store, according to Charlotte-Mecklenburg Police (CMPD).

It happened in the 9800 block of Rea Road in the Blakeney Village Shopping Center.

The thefts made headlines in May when employees shared photos with NBC Charlotte showing the men filling duffel bags with bras and underwear.

The suspects were 19-year-old Tyrae Coleman, 25-year-old Arnold Vannostrand, and 32-year-old Michael Dugger. According to witnesses, they targeted Victoria's Secret four days in a row.

Police reports showed CMPD first responded to the store around 5:30 p.m. on May 21. Reports said the shoplifters got away with $2,500 of merchandise, which included Sexy Illusion push-up bras. On May 23, another theft was reported around 5 p.m. This time, police say the thieves stole $400 in underwear.

On the following day around 12:45 p.m., the crooks struck again. This time, an employee pulled out her phone and began snapping pictures. The photos caught the shoplifters filling large pink bags. Police reports said they got away with $3,300 in merchandise.

“It’s dangerous that it happened during the day, and you know, a parking lot full of people,” said shopper, Carol Bellidora.

American retailers lose almost $50 billion every year to theft, according to the National Retail Federation. Victoria’s Secret stores around the country are a frequent target.

"At the end of the day, we always say a life is more important than merchandise," he said.

Some question that policy. The mother of the employee at the Blakeney Village store who snapped the pictures of the thieves said her daughter was fired because of it. The policy also prohibits employees from dialing 911 in these situations. Instead, they’re instructed to notify the store’s asset protection team.